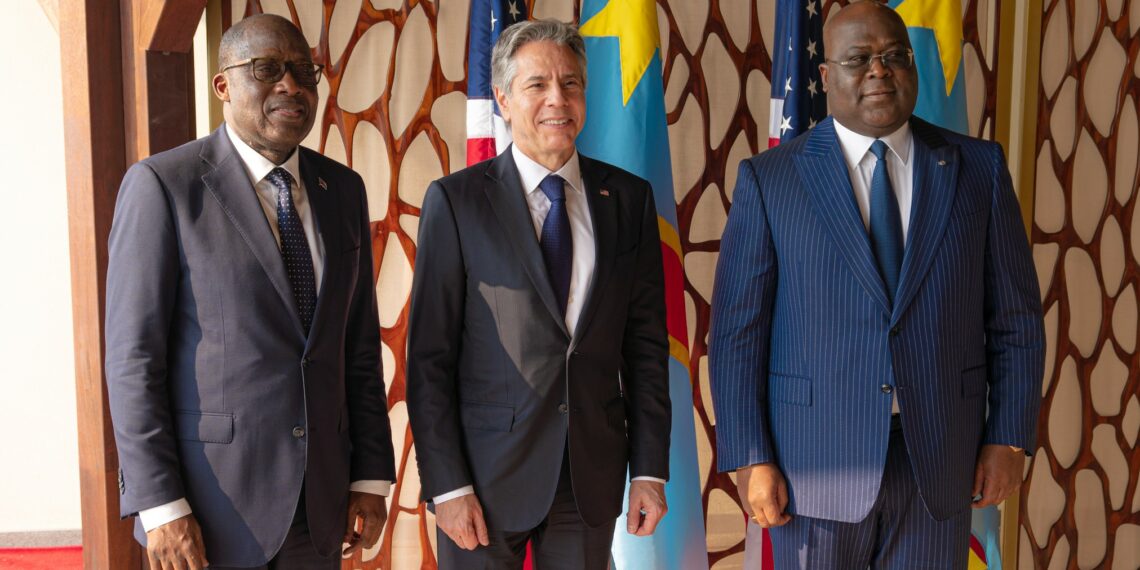 The US secretary of state’s candid and constructive messages suggest an overdue recalibration in US-Africa relations.

United States (US) Secretary of State Antony Blinken’s whistlestop tour of Africa last week was interesting for various reasons – not least its timing. It followed hot on the heels of Russian Foreign Minister Sergei Lavrov’s visit – ostensibly to cement strategic relations and support for the ongoing Ukraine war.

The US charm offensive – involving visits to South Africa, the Democratic Republic of Congo and Rwanda – comes as great powers ramp up their engagement in Africa amid increasing geopolitical and geo-economic competition globally. So the trip’s subtext was around a new Cold War and Africa’s role and relevance in that equation.

Mr Blinken faced numerous immediate challenges: counter the lingering resentment towards the US and restore its lost credibility; convey a shift in attitude and intent; and build relationships with some strategically important but frosty, African allies.

The visit stands out for three reasons – its candour, messaging and strategy. First, the engagements contrasted with the banalities that typically characterise such visits. In Rwanda, Mr Blinken did not shy away from the controversial issues of human rights abuses and the trial of Hotel Rwanda dissident Paul Rusesabagina.

Meanwhile, in South Africa, international relations minister Naledi Pandor and Mr Blinken broached numerous controversial matters, including Pretoria’s views on US hypocrisy around democratic values, paternalism and the Russia-Ukraine conflict. The engagements displayed a refreshing honesty rarely seen in diplomatic settings. This was important to win over historical allies who have recently turned critical of the US.

Mr Pandor’s strong rhetoric reflects the mood across large parts of Africa: that of belligerence. An increasing number of African sovereigns are no longer willing to be bullied or dictated to, particularly by a country whose moral legitimacy has receded in recent years.

American foreign policy is still suffering the hangover effects of Trumpian insularity, compounded by the general chaos of that administration and the weakening of multilateral institutions. Vaccine hoarding and the West’s approach to the Ukraine conflict have further dented Washington’s standing with many African countries.

With African nations’ growing sense of agency in global affairs and increasing partnership options, Washington knows a very different type of approach is required. This raises the second theme of Mr Blinken’s visit – messaging. Rather than the fearmongering that characterised the Trump administration’s ‘cowboy diplomacy’, Mr Blinken used constructive and affirming language to try to win over Africans.

The shift to a more positive and less patronising message suggests that the Americans are finally reading the mood of the proverbial room. On the tour, Mr Blinken referred to Africa’s power as a ‘geopolitical force’, stressed ‘a partnership of equals,’ and highlighted the importance of ‘choice’ for Africans.

There’s also been a deliberate effort to avoid framing Africa as a playground in a proxy battle between the US and China, given that the Cold War narrative has angered African policymakers and diplomats.

Instead, the focus was on providing a vision that aligns with African interests and positioning the US as the ‘partner of choice’. The new administration seems to have understood the importance of respect and African agency – two criticisms that plagued previous US engagements with Africa.

The softer tone is an effective strategy; this greater self-awareness has been well received in various quarters. Indeed, former US assistant secretary of state for Africa Tibor Nagy tweeted that Mr Blinken had hit all the right notes: ‘It’s not about China, Russia or even the US – it’s about Africa, and Africa’s goals, especially the young. US-Africa policy must look at the Continent through the windshield, not the rear-view mirror.’

The third element was the unveiling of the new US strategy for Africa, which aims to position the US as the preferred partner by presenting a clear vision and values for the future. The White House says the new strategy will be based on four pillars: the sovereignty and independence of African countries; the promotion and defence of democracy; Africa’s adaptation to the climate crisis; and post-COVID-19 economic recovery.

As expected, the economic strategy doubled down on the US’ traditional focus areas – private sector-led trade and investment. The Prosper Africa initiative, started by the Trump administration, has been reactivated alongside the US’ answer to China’s Belt and Road Initiative – the Build Back Better World.

Zainab Usman of the Carnegie Endowment for International Peace notes that the new approach to climate change is both nuanced and well articulated, and can catalyse a wave of development and investment in Africa. But there are still some obvious limitations. The strategy continues to place the containment of Russia and China highly in Washington’s thinking (despite efforts to limit its focus). There are also visible gaps in the approach to migration and security.

However, viewed holistically, the strategy marks a distinct shift from what Guillaume Doane of 35°Nord terms the ‘malign neglect’ of the previous administration, to actual engagement. Along with the recently concluded US Africa Business Forum and the upcoming US-Africa Leaders Summit (the first in almost a decade), the trend is broadly positive.

Does this signal a new era in US-Africa relations? Although the signs are promising, it’s too early to say.

Institute for Security Studies Consultant Peter Fabricius agrees. He told ISS Today: ‘While Blinken struck the right notes, it might be premature to judge that he reset relations with the continent. No doubt he erased the sour taste of the Trump years – though Africans already understood Trump was an aberration. But winning over African countries from China and Russia will be a mission, as the relations of many African countries with those powers are deeply rooted, historically, ideologically and economically.’

Mr Blinken’s visit was an essential public relations exercise but won’t in itself shift the dial. The undeniable progress in the engagement – both in appearance and substance – should be seen as an important step in the overdue recalibration of US-Africa relations.