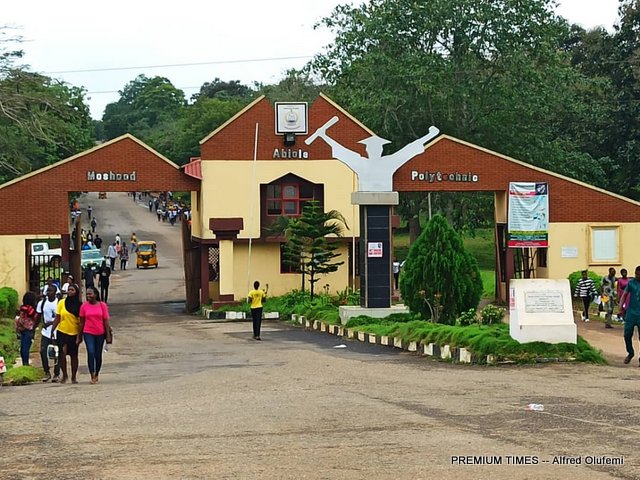 Mr Odedeji lamented the gruesome murder of the 22-year-old girl.

The management of Moshood Abiola Polytechnic, Abeokuta, Ogun State, has paid a condolence visit to the family of the slain female student of the institution, Happiness Odeh.

The institution’s Rector, Adeoye Odedeji, alongside other top management staff, visited the parents of the deceased in the capital city, Abeokuta.

Ms Odeh, who won the institution’s beauty contest on 3 August, was said to have been kidnapped on her way to Ipara, in Ode Remo on 9 August.

The body of Ms Odeh was said to have been found on Thursday in the bush on the road along Iperu Remo.

During the visit, Mr Odedeji lamented the gruesome murder of the 22-year-old student, linking the unfortunate development to the rising insecurity across the country.

The rector said: “When I received the shocking news as a teacher, we have the responsibility covered by our profession. Every teacher is a local parent, which means she is my daughter by the fact that she was a student of MAPOLY.

“It is a reflection of the general insecurity in Nigeria and there is an urgent need for all of us to cooperate with the government particularly the law enforcement agents to ensure that this type of event is arrested because when we begin to lose students in this manner, it means we are destroying the future of Nigeria.”

Mr Odedeji appealed to students to avoid taking motorcycles at the night.

“We have equally liaised with the security agencies, their regular surveillance from Iyana Oloke to Alagada and this regular movement of security agents along that road has been very helpful and that is the reason we rarely hear issues like this.”

The rector also commended Governor Dapo Abiodun for promising to bring the perpetrators to book.