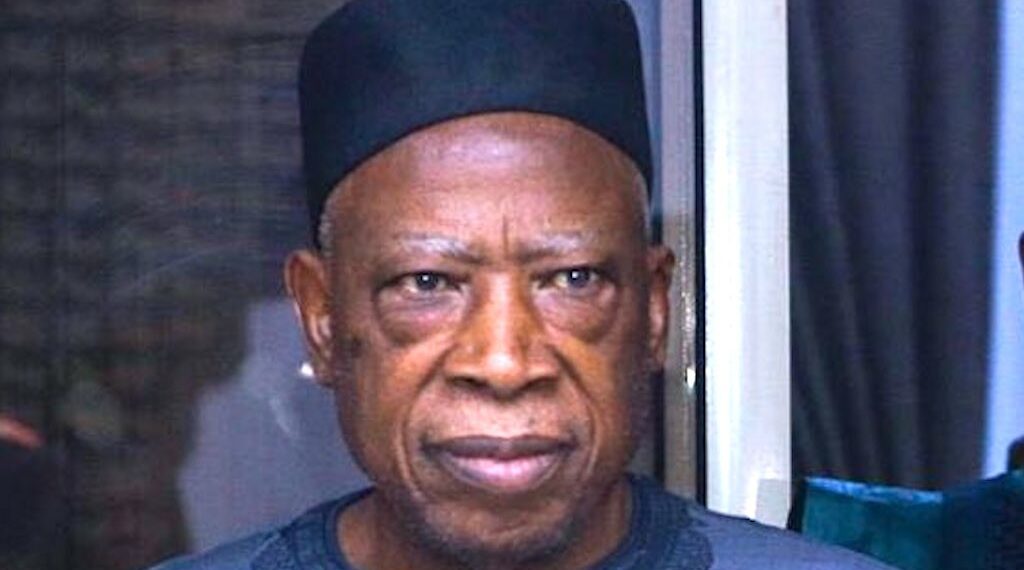 "I remember a programme we had here, I told you and I thought you believed me that I have no quarrel, issues with government borrowing. Government can borrow from here to eternity."

The National Chairperson of the All Progressives Congress (APC), Abdullahi Adamu, has said Nigeria can borrow money for development till eternity.

He stated this when he appeared on Trust TV on Tuesday.

Mr Adamu’s comment comes at a time that the International Monetary Funds warned that Nigeria may spend nearly 100 per cent of its revenue on debt servicing by 2026.

According to the Debt Management Office (DMO), as of March 2022, Nigeria’s total debt portfolio (FG, State and FCT) was N41.6 million.

The country’s public debt has risen the most under the APC-led Buhari administration when compared to previous governments since the return of democracy in 1999.

Nigeria can borrow till eternity

Mr Adamu said he has no issue with borrowing and that his position has been consistent on the subject.

He noted that other advanced nations borrow to develop their infrastructure.

“I remember a programme we had here, I told you and I thought you believed me that I have no quarrel, issues with government borrowing. Government can borrow from here to eternity.

“Nigeria is no exception. What I quarrel with is if the money is not used for a purpose and the infrastructure we are developing across the country, is from this source.

“When some countries sneeze we catch a cold. The Ukrainian crisis with Russia is having an impact on our economy and even bigger,” he said.

Mr Adamu, a former senator, also spoke on the impeachment plot against President Muhammadu Buhari, saying some lawmakers of the ruling party backed the plot because of the outcome of the recent primaries.

The APC chairperson said some of the lawmakers who lost out during the primaries blamed the government and party for their loss hence they joined the impeachment move spearheaded by the opposition.

He said the lawmakers joined the opposition to be heard.

“When this was going on, it was part of the heat of those who didn’t get what they wanted and they now capitalize on the pressure of the opposition to be heard.

“It was an opposition drive, they (those who lost tickets) supported it and they put the blame on the party and government,” he said.

About 58 senators and some members of the House of Representatives failed to secure tickets during the primaries to recontest in the 2023 elections.

PREMIUM TIMES reported how the Senate President, Ahmad Lawan, dismissed a motion on insecurity and a move to impeach President Muhammadu Buhari. The dismissed motion was moved by the Senate Minority Leader, Philip Aduda, a member of the PDP.

The opposition senators, numbering over 20, thereafter walked out of plenary. They later gave the president a six-week ultimatum to tackle insecurity in the country or risk being impeached.

The PDP caucus in the House also joined in the six-week ultimatum given to the president after a meeting of the National Assembly PDP caucus.

Some APC lawmakers openly expressed support for the impeachment move.

Kogi senator Smart Adeyemi, who is also an APC member, confirmed that the move for impeachment was a collective decision of the entire Senate.