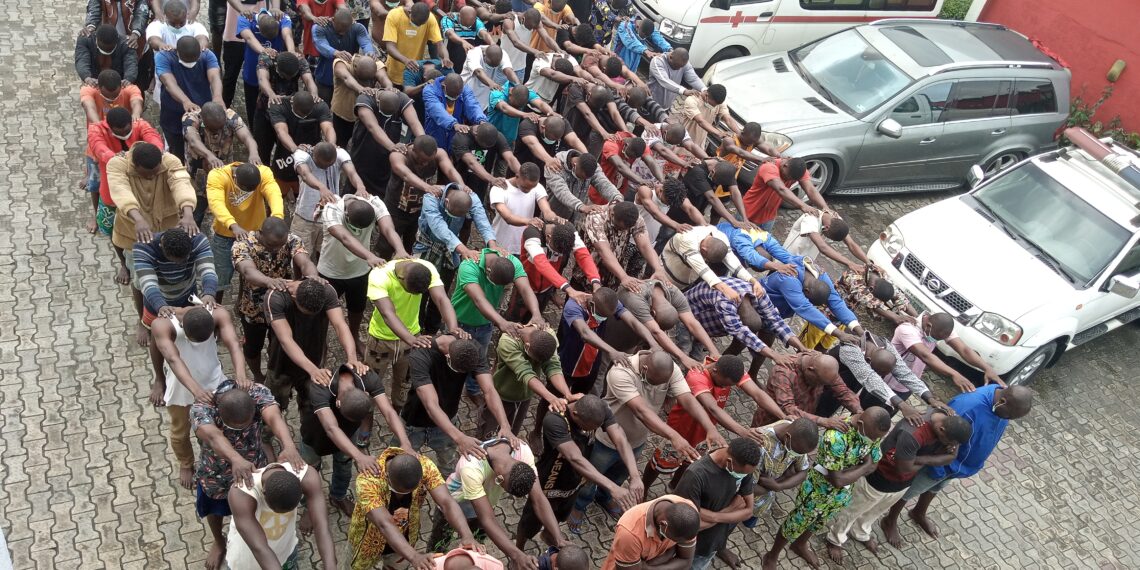 The suspected oil thieves were arrested in a joint operation conducted by the personnel of EFCC and the 6 Division Garrison, Nigerian Army Port Harcourt in Rivers State.

EFCC on Monday announced the arrest of 120 suspected oil thieves.

EFCC spokesperson, Wilson Uwujaren, said in a statement that the suspects were arrested for alleged illegal oil bunkering in a joint operation conducted by the personnel of the anti-graft agency and the 6 Division Garrison, Nigerian Army Port Harcourt in Rivers State.

The suspected oil thieves, according to the EFCC statement, were arrested on Saturday, 13 August, 2022.

They were suspected to have illegally refined stolen petroleum products and off-loaded into vehicles at the waterfronts for distribution within and outside Rivers State.

Operatives of the Economic and Financial Crimes Commission, EFCC, Port Harcourt Zonal Command, have arrested one hundred and twenty suspects for alleged illegal oil bunkering in a joint operation with with personnel of the 6 Division Garrison, Nigerian Army Port Harcourt

They were arrested on Saturday, August 13, 2022 at Ndoni, Rivers State where suspected illegally refined stolen petroleum products are off-loaded into vehicles at the waterfronts for distribution within and outside Rivers State.

The arrest of the suspects was made possible by intelligence on the alleged illegal oil bunkering activities in the locality.

In the course of the arrest, 8 vehicles and pumping machines were recovered. The suspects will be charged to court as soon as the investigation is concluded.