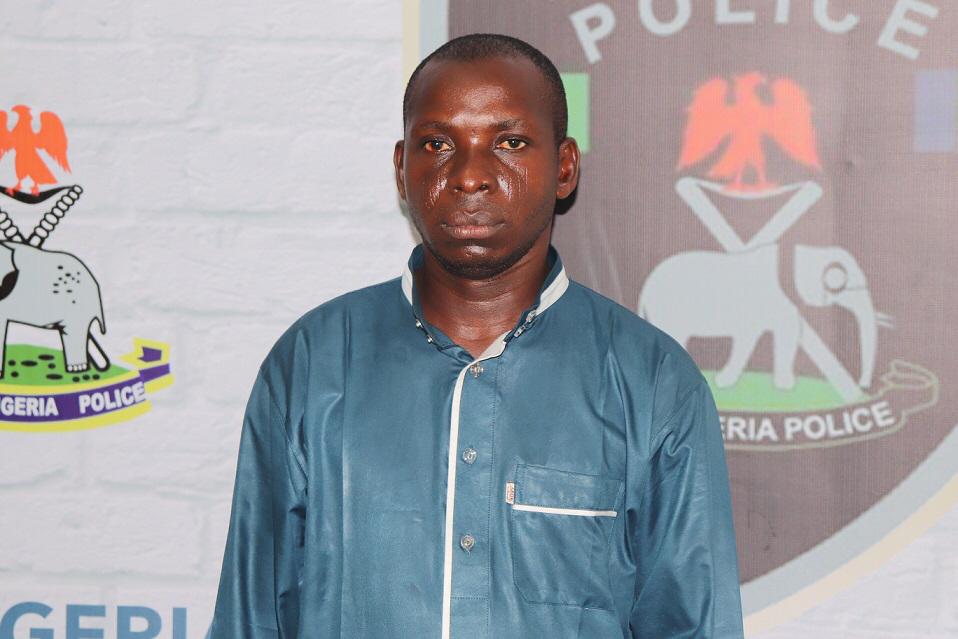 Wadume, notorious for kidnapping, was first arrested in Ibi, Taraba State, by members of the Intelligence Response Team of the Inspector-General of Police (IRT-IGP) on 6 August, 2019.

The Federal High Court in Abuja has sentenced a kidnap kingpin in Taraba State, Hamisu Bala, popularly known as Wadume, to seven years in jail.

Wadume was convicted and jailed for seven years for escaping from lawful custody and unlawfully dealing in prohibited firearms. But the prosecution failed to prove the charges of kidnapping against him.

The judge, Binta Nyako, found Wadume guilty on counts 2 and 10 of the 13 charges preferred against him and six others by the Attorney-General of the Federation (AGF).

She also jailed four of Wadume’s co-defendants charged in the case of tampering with evidence, aiding and abetting, and unlawful possession of firearms. The five convicts include a police officer, Aliyu Dadje, a police inspector.

The convicts were jailed in the judgement of the court delivered on 22 July by Mrs Nyako, according to The Nation newspaper.

Wadume was first arrested in Ibi, Taraba State, by members of the Intelligence Response Team of the Inspector-General of Police (IRT-IGP) on 6 August, 2019.

But on their way to Abuja from Ibi, some soldiers belonging to the 93 Battalion in Takum, Taraba State, led by Tijjani Balarabe, an army captain, aided his escape from the custody of the police personnel.

The Mr Balarabe-led troops allegedly shot at the police personnel in the vehicle conveying Wadume to Abuja.

Three police officers and two civilians were killed while five others were wounded in the attack aimed at freeing Wadume from police custody.

The police would later re-arrest Wadume in Kano.

The police in February 2020 charged Wadume along with Mr Balarabe and 18 others with various offences including terrorism, kidnapping, murder, and unlawful possession of firearms.

But the Attorney-General of the Federation and Minister of Justice, in the exercise of his powers, took over the case from the police, and shortly thereafter, in June 2020, controversially amended the charges to exempt Mr Balarabe and the nine other soldiers charged as co-accused from the case.

Of the 20 initially charged by the police, only Wadume and six others were named as the defendants after the AGF office amended the charges. The amendment also reduced the number of counts from 16 to 13.

Wadume and six others were eventually prosecuted on 13 counts of kidnapping, detention of kidnap victim, Usman Garba, and collection of the ransom of N106m from the victim before releasing him.

The prosecution was led by Shuaibu Labaran and Yetunde Cole, both of the Federal Ministry of Justice.

Apart from jailing Wadume, the judge, Mrs Nyako, also convicted and sentenced the police officer, Mr Dadje, to three years on count seven for tampering with police records with intent to conceal a crime.

Mr Dadje, who was a Station Officer at the Ibi Divisional Police Headquarters, Ibi Local Government Area, Taraba State, was said to have, on 6 August, 2019, “willfully tampered with the entry made by the leader of the IGP-IRT team by tearing off the entry page to cover up for Captain Tijani Ahmed Balarabe and his team”.

The prosecution alleged that Mr Dadje took this action upon knowing that an offence of terrorism had been committed by the army captain, Mr Balarabe, and his team.

Also, the judge convicted and sentenced Uba Bala (aka Uba Delu) and Zubairu Abdullahi (aka Basho) to seven years each on counts three, four, five, six and 11.

The duo, in the four counts, were charged with illegal possession and unlawful dealing in prohibited firearms and ammunition.

Mrs Nyako also convicted and sentenced Mr Abdul to three years for harbouring Wadume in his house in Kano after the prime suspect’s escape from police custody in Ibi.

But the judge struck out count one, in which Wadume was charged with kidnaping Usman Garba (aka Mayo) and collecting N106 million before releasing him.

The judge also discharged and acquitted Auwalu Bala (aka Omo Razor) and Bashir Wazlri (aka Baba Runs), who were listed as the 3rd and 5th defendants, for want of evidence.