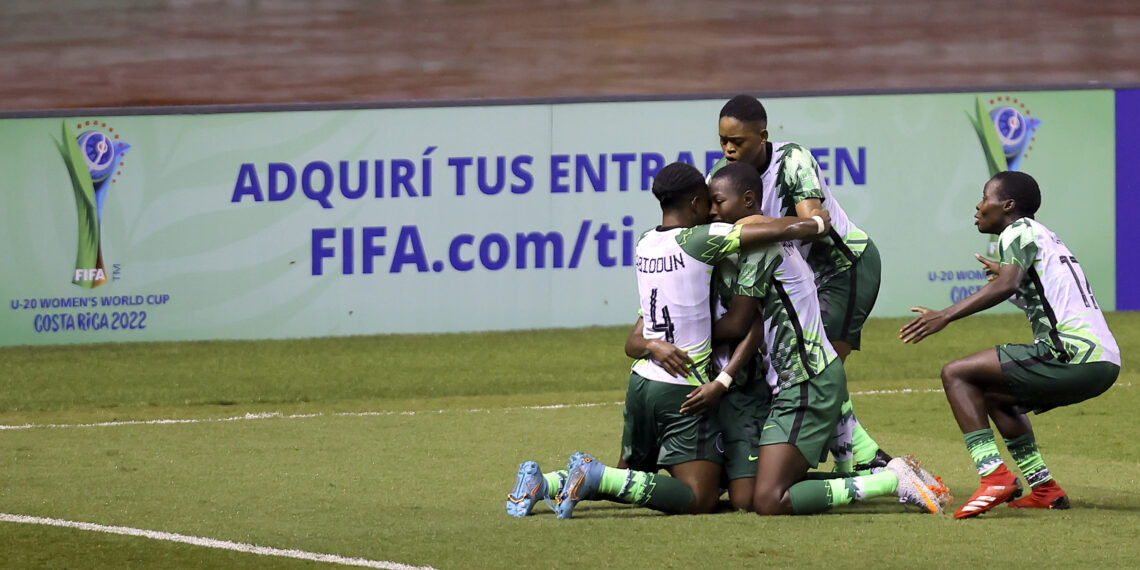 Esther Onyenezide’s fierce curling shot in the 83rd minute proved to be the difference.

The Nigeria U-20 Women’s team, the Falconets, have secured an early passage into the quarter-final stage of the ongoing FIFA U20 Women’s World Cup in Costa Rica.

The Falconets booked their place in the quarter-final after battling to a 1-0 victory over the Korea Republic in the early hours of Monday in Alajuela.

Esther Onyenezide’s fierce curling shot in the 83rd minute proved to be the difference as the Falconets romped to victory similarly as they did against France in their group opener.

The Korea Republic versus Nigeria tie was a top of the table clash as both teams came into the game with earlier wins against Canada and France, respectively.

Though the two teams were tied on three points, the Asian girls led Group C with a better goals difference after defeating Canada 2-0, as opposed to Nigeria’s lone goal victory over France.

The game, which was supposed to begin at 9 p.m., did not begin as planned because of a flooded pitch. After an hour of delay, it finally began. At the start, both teams cancelled out each other and there were limited scoring chances.

The defining moment, however, came in the 83rd minute, when midfielder Onyenezide fired a thunderous shot past Korea Republic goalkeeper Yoonji Do, effectively sealing the Falconets’ victory.

Prior to the lone goal of the game, Hayeon Mu had missed a chance from a corner kick and Garam Chun hit the crossbar from a free-kick for Korea.

The Nigeria Ladies held things tight in the back as Mercy Idoko, Onyenezide, and Bashirat Amoo worked tirelessly in the middle of the park.

In the 54th minute, Onyenezide nearly broke the deadlock with a rasping shot from the right side, but Do saved.

Only 10 minutes later, it was the turn of Nigerian goalkeeper Oyono Omini to parry Eunyoung Lee’s fierce 25-yard shot.

When the Falconets took the lead in the 83rd minute, they held on until the final whistle, and they will now face Canada in the early hours of Thursday in their final group game with little pressure.

According to the pairings, Nigeria’s quarter-final opponent will most likely come from Group D, which includes defending champions Japan, the Netherlands, the United States, and Africa’s other flag bearer Ghana.