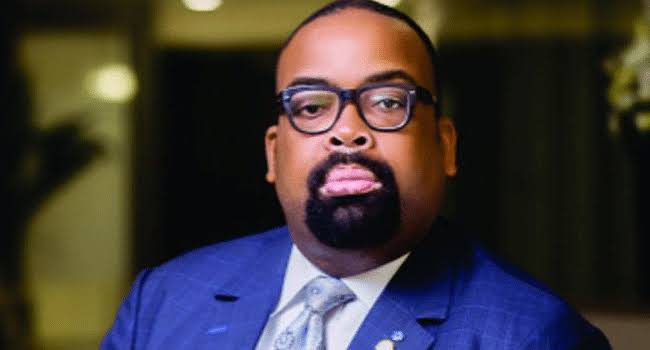 But the NBA secretary has defended the withdrawal of the notice of amendment of the association's constitution.

The Nigerian Bar Association (NBA) has advised lawyers to disregard a purported email from the association’s General Secretary, Joyce Oduah, in which she withdrew the notices for proposed constitutional amendments scheduled for deliberation at the Annual General Meeting (AGM) of the association.

NBA’s AGM is scheduled for next week in Lagos.

Mrs Oduah in an email on Friday informed lawyers that the notices of the AGM issued on 27 July had been withdrawn.

She added that those notices were substituted with a new notice that excluded any constitutional amendment as a line item for discussion at the AGM.

But countering Mrs Oduah on Saturday, the NBA President, Olumide Akpata, issued a disclaimer in a statement on Saturday.

“I am writing to disclaim that withdrawal as unauthorised by me or any of the National Officers, and to request that you regard the two notices circulated on 27th July 2022 by (i) firstly, Mrs Oduah; and (ii) secondly, by the Assistant General Secretary as subsisting.”

The NEC meeting which was held on 9 June resolved that some amendments be made to the NBA constitution, the statement stated.

“On that basis, the NBA Constitution Drafting Committee under the leadership of Asamah Kadiri, SAN proposed certain amendments for consideration by National Officers and subsequent circulation to all our members for consideration at the forthcoming AGM.”

He said the national officers considered the amendments proposed by the Constitution Drafting Committee.

“We all resolved that the proposed amendments are in the best interest of the Association, and approved that they be shared with our members alongside the Notice of the AGM where the amendments will be deliberated upon.”

The outgoing NBA president clarified that “the proposed amendments are aimed at institutionalising some of the initiatives of the current administration and ensuring…the NBA Stabilisation Fund is properly ringfenced and protected from the risk of easy dissipation in the future by any President or National Officer.”

Mr Akpata highlighted the proposed amendments to include, “the amount of Bar Practicing Fees that we remit to the branches for their programmes is increased from 10% to 20% as authorised by a longstanding resolution of NBA NEC.”

Another proposal is that “any member of the Association who has held elective office as a National Officer for two (2) terms is barred from contesting for a national office for at least ten (10) years after his/her last term of office; and (iv) government interference in affairs of the NBA is constitutionally limited.”

He admitted that while some of the proposals may not be acceptable to all members of the association, it was for lawyers to decide through voting at the AGM.

He said no meeting or other deliberations were held, and no authorisation was given for any of the previously issued notices to be withdrawn or amended as Mrs Oduah tried to do in her most recent email.

He said Mrs Oduah was not authorised by the NBA-NEC to issue any notice of withdrawal of proposed amendments to the association’s constitution.

“It is on the basis of the foregoing that I invite you to disregard the withdrawal and amendment notices that you might have received at midnight today (Saturday) and treat the separate notices circulated by both Mrs Oduah and the Assistant General Secretary on 27th of July 2022 as subsisting pending a decision by the AGM.

“It is regrettable that we have had to bring this matter to your attention, but it is important to set the records straight and to provide clarity on a subject which, I am sure, has left you and others befuddled over the last two weeks,” Mr Akpata wrote.

The General Secretary of the NBA has said she withdrew the notices of proposed amendments to the constitution because they were in breach of the association’s statutory provisions.

She said she tried to explain the issues to Mr Akpata, whom she said, ignored her.

She said none of those conditions was met by the NBA Constitution Drafting Committee, necessitating protests from members who threatened to sue the NBA over the violation.

“Members are protesting that we should withdraw the notice of proposed amendment otherwise they would go to court,” Mrs Oduah told this reporter in a telephone interview on Saturday evening.

“The constitution review committee sent their proposed amendments to me (the General Secretary) when it was 30 days to the AGM. It did not meet the 60 days (requirement).

“The proposed amendments were sent to me on 26 July, falling short of the 60 days.

The outgoing NBA scribe said she drew Mr Akpata’s attention to the anomaly but he ignored it.

“I tried to call him (Mr Akpata) but there was no response.

“I sent the notice of withdrawal of the proposal to the IT department of the NBA but he (Mr Akpata) had already told them not to honour my request.

“So, I had to use my personal mail,” she explained.