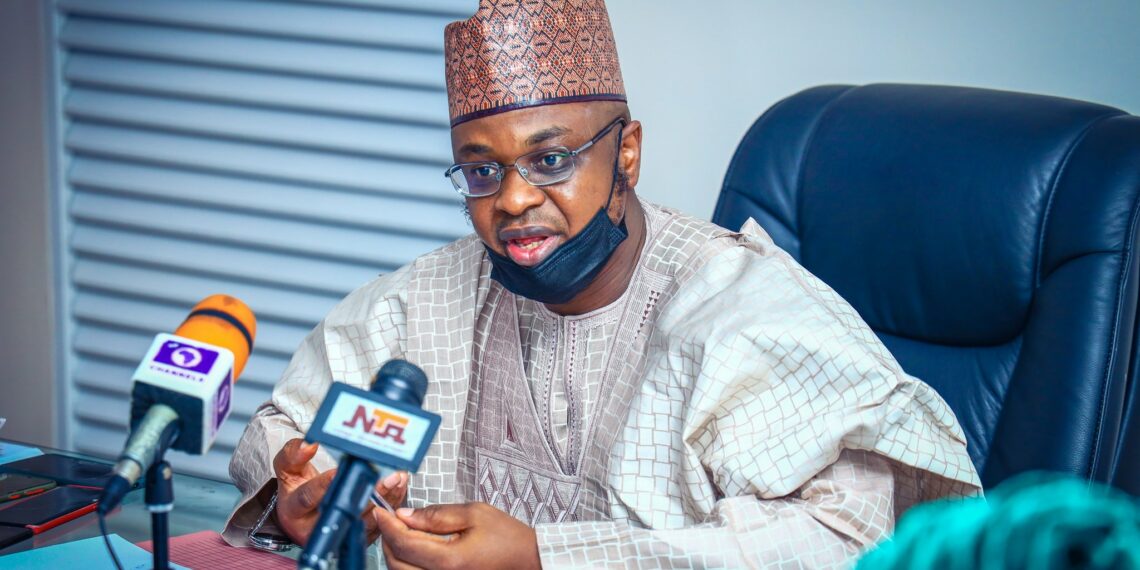 The latest revelations about the challenges with the IPPIS by the minister has been described as a vindication of ASUU’s position on the payment system.

The Minister of Communications and Digital Economy, Isa ‘Pantami’ Ibrahim, has said the deployment of the Integrated Personnel Payroll Information System (IPPIS), Government Integrated Financial Management Information System (GIFMIS) and the Treasury Single Account (TSA) did not follow relevant laws as put in place by the Nigerian government.

The minister said the section of the NITDA Act that requires the standardisation and certification, application and delivery of such systems in Nigeria were not followed during the deployment of IPPIS, GIFMIS and TSA.

“At the time they were deployed, the provision of NITDA Act under section A, of setting the standardisation of ICT deployment in federal public institutions was not followed. Because of this, these three systems were not subjected to government certification and IT project clearance as encouraged by law and many other government policies,” he said.

Mr Ibrahim said following allegations that the systems are being used to syphon money from the treasury, the National Information Technology and Development Agency (NITDA) reviewed the IPPIS critically, “and found errors in high, medium and low magnitudes.”

President Muhammadu Buhari has, therefore, approved the constitution of a Presidential Steering Committee on critical technical review of the three payment systems used by the government, he said.

The minister spoke on Friday while inaugurating the members of the committee on behalf of the President.

He said the results of the test conducted on IPPIS have been submitted to relevant government agencies including the Ministries of Finance, Budget and National Planning, Labour and Employment as well as the Presidency.

The minister said the tests will also be carried out on GIFMIS and TSA and the final report will be submitted to the President.

He said: “Prior to this meeting as part of the government’s processes, testing and certifying systems IPPIS was recently subjected to critical review by NITDA. A report has been submitted to the relevant ministries including Finance, Budget and National Planning, Ministry of Labour and Employment, and a copy was sent to the Presidency.

The suspended Accountant General of the Federation, Ahmed Idris, who is currently facing corruption trial, was alleged by the Economic and Financial Crimes Commission (EFCC) to have diverted funds through IPPIS, GIFMIS and TSA.

Benefits of IPPIS, others

However, despite the irregularities identified in the system, Mr Ibrahim said the systems have proved to be useful, saying they have saved the government over N10 trillion.

He said: “Inspite of that, many achievements have been recorded. For example, based on the report from the relevant institutions of government that IPPIS saved the government over N120 billion naira, while Treasury Single Account (TSA) saved over N10 trillion for the government.”

The technical committee, which was inaugurated by Mr Ibrahim, is also to be chaired by him. He said its activities will be supervised by his ministry while NITDA serves as the secretariat for the committee.

He said all the institutions managing the platforms to be reviewed must provide unlimited access to the committee to do its job.

He said any institution that fails to cooperate with the committee will report the president for punishment.

The minister said; “In the approval and the directives given by the president, it is clearly mentioned that all the institutions that manage these three systems (IPPIS, GIFMIS and TSA) must give unlimited access to the committee to ensure that they come up with a very strong recommendation to Mr President for approval.

“Any institution that failed to give access to it will be reported to the President immediately. And in addition to that recommendation, a punishment is going to be recommended to the president for implementation.

“It is the mandate of this ministry and the relevant parastatals under the ministry to ensure that any system deployed in government, there is value for money and we must continue to improve on that.”

Members of the committee, according to the minister, include NITDA’s Director General, Kashifu Inuwa, who serves as the secretary; the Minister of Finance, Budget and National Planning, Zainab Ahmed; Head of Civil Service of the Federation, Folashade Yemi-Esan; Auditor General of the Federation, Aghughu Arhotomhenla; and the Chairman, Economic and Financial Crimes Commission (EFCC), Abdulrasheed Bawa.

The striking university workers’ unions have consistently opposed the deployment of IPPIS for the payment of its members’ emoluments, saying the system is a product of fraud and an imposition by foreign economic interests.

The Academic Staff Union of Universities (ASUU) has insisted on the replacement of the payment platform with an alternative its members designed which the union tagged; University Transparency and Accountability System (UTAS).

The chairman of the Lagos zone of ASUU, ‘Laja Odukoya, described as a vindication of the union’s position the minister’s latest revelation about the challenges with IPPIS.