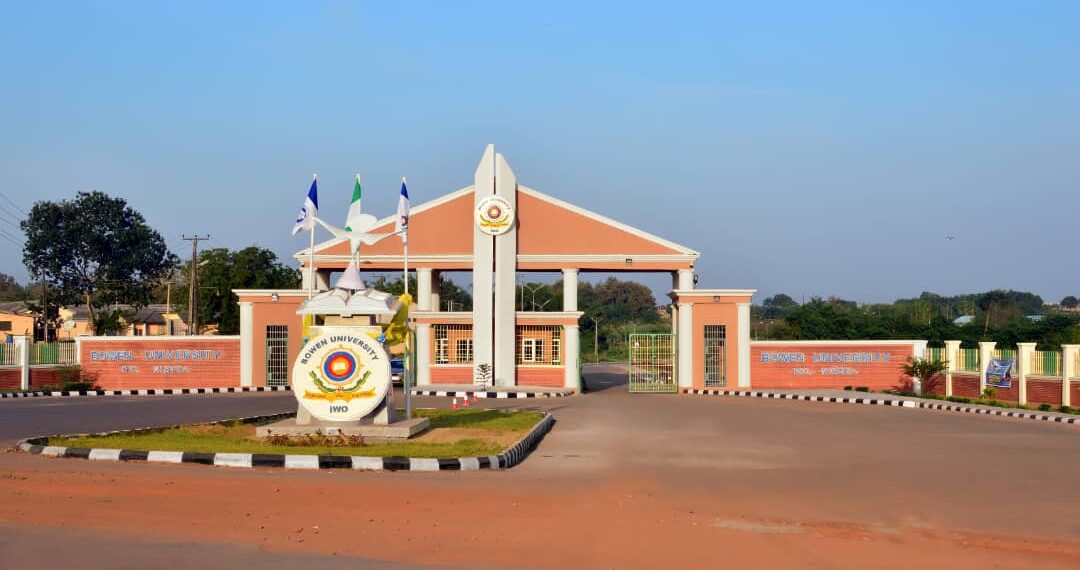 The post, which is said to have targeted the unstable academic calendar in Nigeria’s public institutions, reads; "This is what finishing four years in four calendar years in a Nigerian University looks like. You should be here too."

Nigerians have taken to social media to criticise a private tertiary institution– Bowen University, Iwo, Osun State, over a Twitter post that was believed to have mocked students of Nigeria’s public universities who have been home for more than five months over prolonged workers’ strike.

The university, which is owned by the Nigerian Baptist Convention, in the post on its verified Twitter handle on Friday celebrated its graduating students, expressing the graduand’s fulfilment for spending four years for four-year duration courses.

The post, which is said to have targeted the unstable academic calendar in Nigeria’s public institutions, reads; “This is what finishing four years in four calendar years in a Nigerian University looks like. You should be here too.”

This is what finishing four years in four calendar years in a Nigerian University looks like. You should be here too pic.twitter.com/zcRp6yAY9s

The post was accompanied by a group picture of some of the university’s graduating students.

But the caption of the picture in the post infuriated many Nigerians, many of them students of public universities who have been roaming the streets for over 180 days due to the unresolved crisis between the Nigerian government and the university workers.

The students and other Nigerians who took to social media to express their displeasure, accused Bowen of being insensitive to the plight of many Nigerian students.

Others also accused the university of not being affordable enough for even many members of the Baptist church whose contributions, they said, were used to build the institution.

For instance, a user @Chukwubabie tweeted: “When Bowen University was being built Baptists contributed money, my parents, my aunt, my church members, they all contributed money and now more than half of the people in my Church cannot afford Bowen and the best move is to rub it in our face???…”

Another user @datsbobby wrote: “Your fees are too expensive for the average Nigerian household. Tweeting this is too insensitive, especially as a lot of the students who are in government universities may not be able to afford your fees and are victims of a failed system.”

“This laughs in the face of millions who cannot afford private universities. We live in a classless society where there’s no longer a sense of right or wrong – everything is acceptable. “Is it a lie” or “they’re a business” doesn’t explain away this classless Tweet,” another user, @senisulyman tweeted.

“Private universities are trolling public uni students (who may not be able to afford their fees) in the face of a long standing strike and disagreement between the governing body of public universities and the Federal government,” @seyedele wrote.

However, other twitter users rallied round Bowen, saying what the institution did was just an advertisement for the “quality education it offers”.

“I see no problem here and yes I attended a Federal University and experienced months of strike. You can’t tell them not to market with their strongest USP because you feel it hurts the public university students,” tweeted @ozoemena_nonso.

Another user, @AsinceresongofGod, wrote: “Looking at the comment section and all I see is pained people trying to label it as “insensitive”. The school posts about their quality, awards, wins… but they post about this advantage as well and they are suddenly insensitive?? It’s marketing. You market your strength!.”

All the labour unions in Nigeria’s public universities have downed tools, shutting down activities in the nation’s ivory towers.

The striking workers are demanding better welfare for their members and more funding for the system.

The Academic Staff Union of Universities (ASUU) began its strike on 14 February and has continued to extend it as negotiations with the government continue to stall. On 1 August, it announced another four-week extension of the strike.