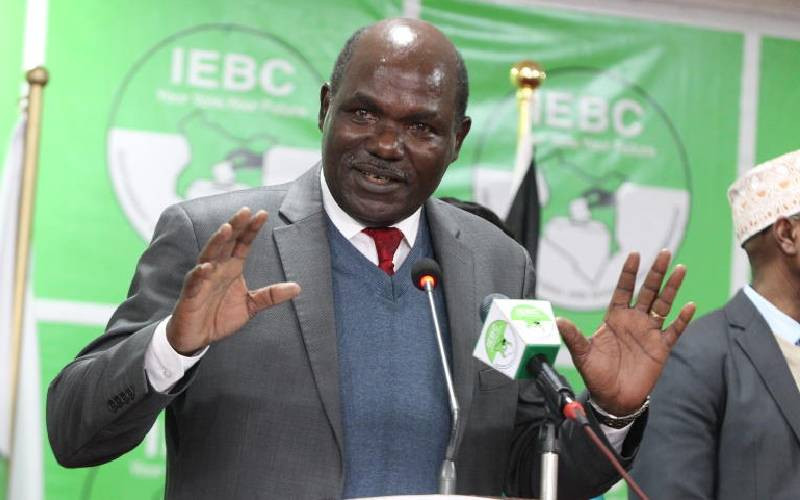 According to a statement signed by the chairman of the Kenyan electoral commission, Wafula Chebukati, its Returning Officer for Embakasi East Constituency, Daniel Musyoka, has been reported missing.

The Independent Electoral and Boundaries Commission (IEBC), Kenya’s election umpire, on Friday announced that one of its returning officers is missing.

According to a statement signed by the chairperson of the commission, Wafula Chebukati, its Returning Officer for Embakasi East Constituency, Daniel Musyoka, has been reported missing while on duty at the East African School of Aviation tallying centre.

He noted that the commission on Thursday received reports that his bodyguard escorted him from his house to the East African School of Aviation tallying centre at 9:00 a.m.

“At around 09:45 a.m., Mr Musyoka excused himself to receive a telephone call, but he did not return,” he said.

He added that Mr Musyoka’s family and the commission have been trying to reach him without success.

His duties are now being handled by the Deputy Returning Officer, the chairperson said.

A report has been made at Embakasi Police Station.

“The Commission is deeply concerned about the unfortunate incident and calls upon the relevant security agencies to speedily investigate the matter,” he added.

Kenyans on 9 August went to the polls to elect their preferred candidates into six positions; namely president, governors, senators, county women, members of the National Assembly, and members of county assemblies.

Voting has now ended and tallying is ongoing in the East African country. Two of the four presidential candidates, Vice President William Ruto and ex-opposition leader Raila Odinga are in a tight race in the election.

The IEBC has until Monday, 15 August, to announce the winner. However, if none of the candidates reach the threshold of over 50 per cent votes and 25 per cent of votes in majority counties needed to declare them winner, there will be a rerun.

The CNN on Friday reported that the IEBC blamed the delay in announcing the result on candidates’ agents.

According to Mr Chebukati, agents approached the process like a “forensic audit,” thereby disrupting the process.

“Please don’t interrogate the returning officers and slow down the process. If we do that then we shall not be able to finish this exercise,” CNN quoted Mr Chebukati as saying during a press briefing on Friday.

“Agents, play your role: observe, make notes and then let the process move on,” he added, threatening to kick out disruptive individuals.

About 99.94 per cent of results from polling stations have been submitted electronically, but only a small number have been verified and announced by the IEBC.