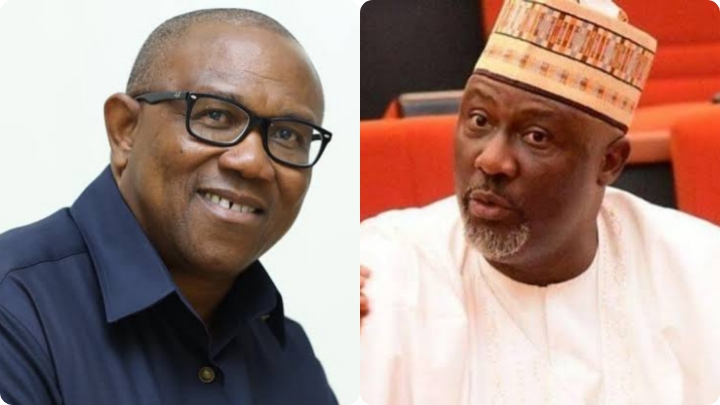 Mr Melaye said the "Obidient" movement is similar to that of the late human rights lawyer, Gani Fawehinmi, who ran for president in 2003 on the platform of National Conscience Party (NCP) but got only 1,400 votes.

The spokesperson of the Atiku Abubakar Presidential Campaign Organisation, Dino Melaye, has described the political movement of the Labour Party presidential candidate, Peter Obi, as a mere “euphoria” that cannot win an election.

He said Mr Obi lacks what it takes to unify the country, noting that peace is the prerequisite for economic development.

Mr Melaye stated this on Friday during an interview on “Politics Today”, a programme on Channels TV.

He said the “Obidient” movement of Mr Obi is not new and that a similar euphoria greeted the candidacy of late human rights lawyer, Gani Fawehinmi, who ran for president on the platform of National Conscience Party (NCP) in 2003.

“There is no wave, what you have is an euphoria, a created euphoria. I want to tell you that everybody shouting Peter Obi on social media …… he is a fantastic Nigerian but this is not his time. He doesn’t have what it takes to unify this country. Before you start talking about the economy, you need peace. You need to build trust among Nigerians.

“We have seen it before in this country, Gani Faweyinmi once ran for the president of this country, Facebook went agog, at the end of the day he got 1,400 votes. Femi Falana ran for governor. He is known, he is popular, with the same euphoria, he lost,” he said.

Tinubu is not marketable

Mr Melaye, a former senator, also took a swing at the candidate of the ruling All Progressives Congress (APC), Bola Tinubu, saying the performance of the current Buhari administration makes it impossible to sell Mr Tinubu’s candidacy.

“We have done the number. This government marketed Atiku Abubakar by their colossal failure. It is hard to sell the APC candidates,” he stated.

He said the Atiku campaign is ‘300 per cent certain’ of winning the 2023 presidential election.