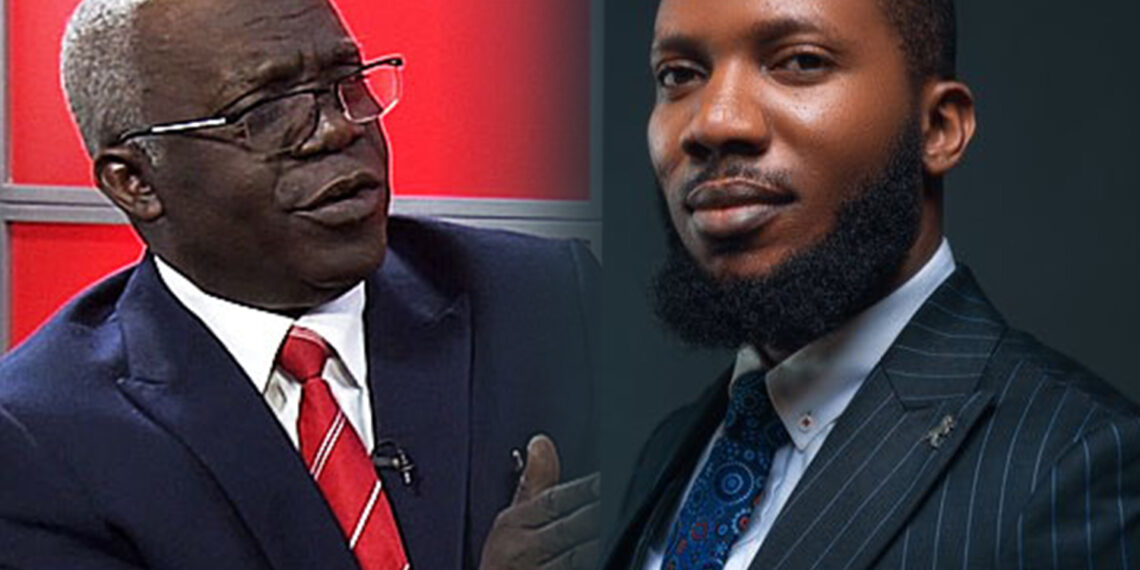 Inibehe was forced to sit on bare floor while his head was shaved together with his beard," Mr Falana says.

Mr Effiong was on 27 July controversially sentenced to one-month imprisonment by the Akwa Ibom State Chief Judge, Ekaette Obot, for alleged contempteen. The judge’s action has been widely condemned by lawyers and members of the human rights community.

In a statement condemning the inhumane treatment visited Mr Effiong, on Friday, Mr Falana said the Chief Judge was in breach of Nigeria’s Constitution by refusing “to furnish him (Mr Effiong) with a certified true copy of her judgment in contravention of section 36(7) of the Constitution which prescribes that every convict is entitled to a copy of the judgment of the court that tried and convicted him.”

Mr Falana, a Senior Advocate of Nigeria (SAN), said Ms Obot’s order jailing Mr Effiong was “secretly varied” so as to pave way for the lawyer’s forcible transfer to Uyo Correctional Centre “in handcuffs even though there was no violence on his part.”

“Inibehe was forced to sit on the bare floor while his head was shaved together with his beard. He was thereafter subjected to more horrendous humiliation and paraded before all prison inmates,” Mr Falana disclosed in his statement.

He described the conduct of the prison officials as constituting “a violent violation of his (Mr Effiong’s) fundamental right to dignity guaranteed by section 34 of the Constitution of the Federal Republic of Nigeria…and Article 5 of the African Charter on Human and Peoples Rights.”

Mr Falana said Mr Effiong’s maltreatment evoked the dark era of rule in Nigeria when a journalist, Minere Amakiri, had his head forcibly shaved with a broken bottle on the orders of Alfred Diette-Spiff, the then Military governor of the old Bendel State.

“Apart from challenging the egregious infringement of the fundamental right of Inibehe to the dignity of his person and fair hearing,”

Mr Falana hinted that aside from challenging Ms Obot’s verdict incarcerating Mr Effiong, “We shall press for the prosecution of the officials who inflicted torture on him contrary to the provision of section 2 of the Anti Torture Act of 2017.”

“The penalty for the offence of inflicting torture on any person in Nigeria is 25 years imprisonment without any option of fine,” he said.

The Akwa Ibom State Chief Judge’s conduct has been widely condemned by many lawyers and rights advocates.

The Nigerian Bar Association (NBA) said it would facilitate Mr Effiong’s appeal against Ms Obot’s judgement. It argued that the judge did not comply with established procedures before convicting a contemptnor.