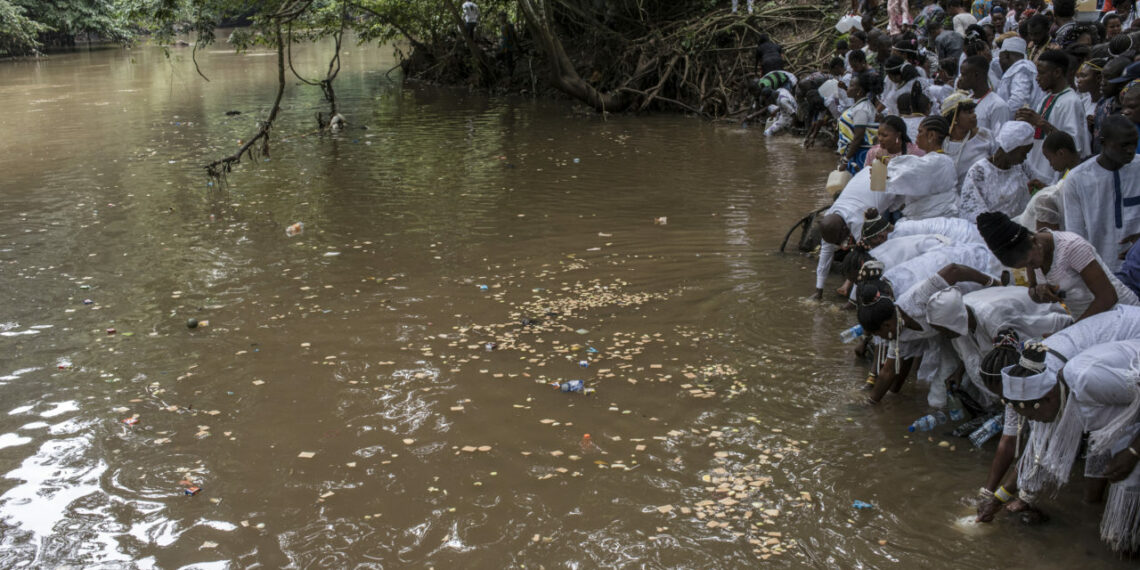 The commissioner said the river has been contaminated by the activities of artisanal miners and is not good for human consumption.

The Osun government has advised tourists, devotees and visitors to the grand finale of the annual Osun Osogbo Festival on Friday not to drink water from the Osun River because of contamination.

The Commissioner for Health, Rafiu Isamotu, gave the advice in an interview with the News Agency of Nigeria (NAN) on Thursday in Osogbo.

He said the government embarked on the sensitisation to discourage people from drinking the water during the festival as it had been contaminated by the activities of artisanal miners and not good for human consumption.

“There are radio jingles on the health hazard of drinking water from the Osun River due to contamination.

“However, this is a cultural thing and no matter how hard you try, some people will not oblige, but we will continue to sensitise them.

“There may not be a quick fix to this pollution, but as a government, we will continue to do the needful.

“Government has taken cognizance of this pollution and working really hard to prevent the activities of artisanal miners.

“It is a menace; it very difficult, but we cannot fold our arms,’’ he stressed.

Mr Isamotu said public health officials would be at the grove during the festival to further sensitise people on the dangers of drinking the water.

The Osun Osogbo Festival is an annual event usually celebrated in August at the Osun sacred grove, in the worship of the goddess of fertility.

The festival is usually attended by tourists from all over the world, as well as Osun devotees.

During the festival, tourists, visitors, and devotees drink from the Osun River for its perceived divination, while some take the water home to bathe with.

According to the Curator and Site Manager of Osun Osogbo Grove, Adekunle Fatai, no fewer than 60,000 devotees and tourists are expected at the grand finale on Friday.

The river is said to have been heavily contaminated with mercury, lead, cyanide, and other injurious elements that are poisonous to human health.

A Geographical Information Analysis and Laboratory Tests carried out by a Non-governmental Organisation, Urban Alert also affirmed the presence of heavy elements in the water. (NAN)