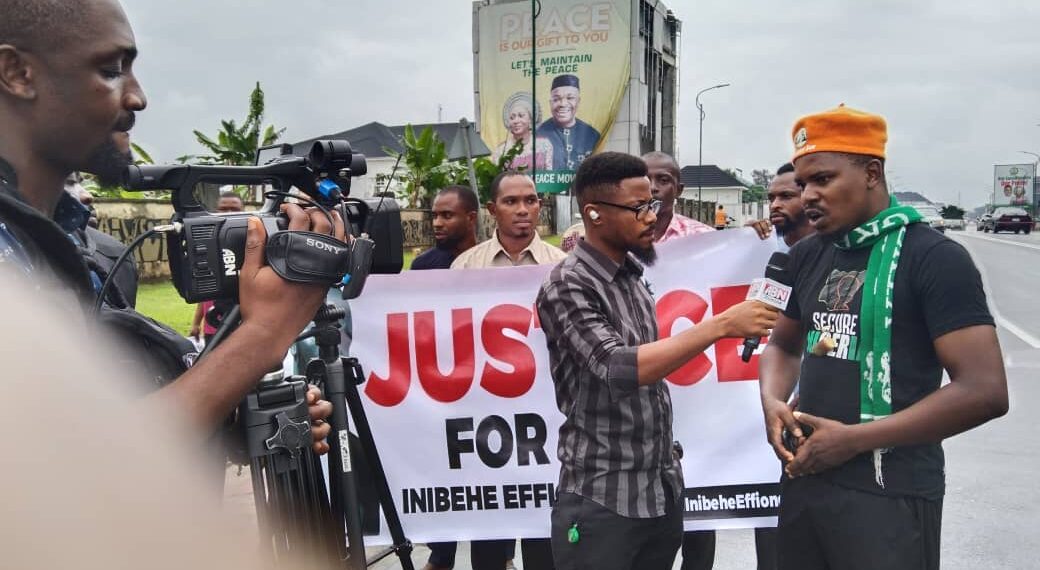 “This is not only a fight for Inibehe, (and) civil society; this is a fight for democracy and our dear country.”

Another group of activists on Thursday held a protest in Uyo, Akwa Ibom State, demanding the release of the rights lawyer, Inibehe Effiong, from prison.

Leaders of the group, a coalition of civil society organisations, came in from the neighbouring Cross River and Rivers States to take part in the protest, which is the second in less than a week.

Mr Effiong, was committed to prison over two weeks ago by the Chief Judge of Akwa Ibom State, Ekaette Obot, for alleged contempt of court.

The protesters, who carried a banner with an inscription, “Justice for Inibehe”, marched along Wellington Bassey Way towards the state judiciary headquarters but were prevented from entering the complex by the police.

The judiciary headquarters is a few metres away from the Government House, Uyo.

Police officers from the Government House barricaded the judiciary headquarters and denied the protesters entrance to the facility which also houses the office of the chief judge.

The group later held a press briefing at a nearby location where they called on Justice Obot to release Mr Effiong before the High Court embarked on a monthly break on Friday.

Enefaa Georgewill, the spokesperson of the group, said from their investigation of the incident, Mr Effiong’s committal to prison was “premeditated”.

He urged Mrs Obot to reverse the “unlawful incarceration” of Mr Effiong which he described as “a ploy to intimidate lawyers.”

“This is not only a fight for Inibehe, (and) civil society; this is a fight for democracy and our dear country. We are saying that injury to one is an injury to all,” Mr Georgewill said.

Mr Effiong’s incarceration on the order of Mrs Obot has attracted condemnations across Nigeria.

Several groups, including the NBA, said Mr Effiong was not given a fair hearing by Mrs Obot.

Mrs Obot had on 27 July sent Mr Effiong to prison while the lawyer was appearing before her to defend his client in a defamation case.

His client, Leo Ekpenyong, is the defendant in the suit filed by the Akwa Ibom State Governor, Udom Emmanuel.