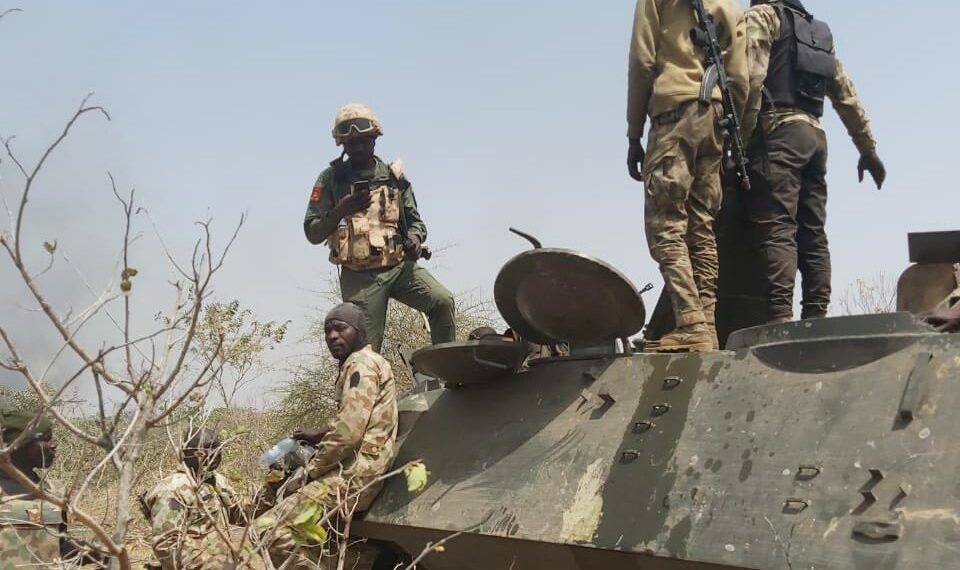 The Director, Defence Media Operations, Bernard Onyeuko, a major general, made this known at a bi-weekly news briefing of the Defence Headquarters on Thursday in Abuja.

Mr Onyeuko said the troops had continued to dominate the North-east theatre of operation across villages, mountains, towns and cities.

He said that a total of 1,755 Boko Haram terrorists and their families comprising 280 adult males, 523 adult females and 952 children surrendered to troops during the period.

According to him, all surrendered terrorists and their families were profiled and handed over to the relevant authorities

Mr Onyeuko said the troops also ambushed terrorists on Uzoro-Gadamayo Road in Adamawa, killing one, while others fled and equipment recovered.

“Similarly, the air component conducted air interdiction on Aug. 3 at Degbawa, near the Mandara Mountains in Gwoza Local Government Area of Borno.

“The airstrike led to the neutralisation of a key ISWAP Commander, Alhaji Modu (aka Bem Bem) and his fighters.

“Information gathered from the locals, revealed that 20 terrorists were confirmed dead in the strike at the location where the terrorists converged for a meeting before the strike.

“Accordingly, within the weeks in focus troops neutralised 29 terrorists, arrested 55 and rescued 52 civilians.