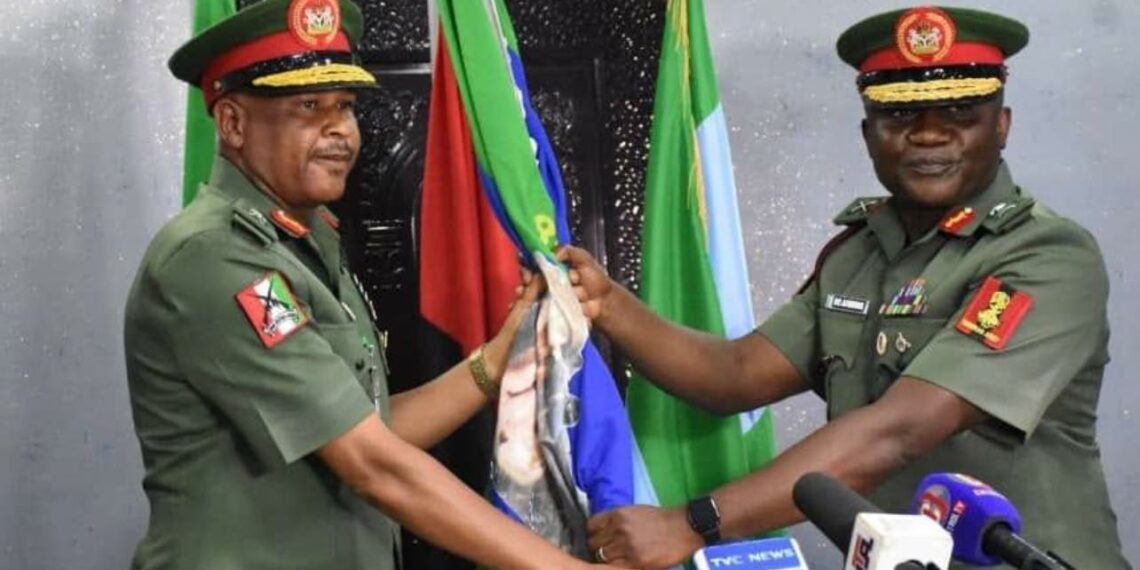 Mr Musa, a Major-General, disclosed this on Tuesday while handing over to the new GOC, 81 Division, Obinna Ajunwa, at the Division’s Headquarters on Victoria Island, Lagos State.

The News Agency of Nigeria (NAN) reports that on Thursday, 4 August, a disagreement occurred between some soldiers and police officers near Ojo in Lagos State, leading to the death of Mr Orukpe, an Inspector.

The soldiers were reportedly driving against traffic when the police officers stopped them.

Mr Musa said that preliminary investigations revealed that the police officer shot at the soldier during the altercation which clipped him in the ear but narrowly missed his vital parts.

“The other soldiers reacted to the shot fired by the police officer and this led to their beating the policeman to death.

“We have paid a condolence visit to the Commissioner of Police to tell him that we will take necessary measures to prevent future occurrences of such nature.

“The injured soldier is in the hospital receiving treatment and investigation is ongoing to ascertain the next line of action to be taken,” he said.

It would be recalled that Mr Orukpe serving with the Lagos State Police Command died from the torture he allegedly received from soldiers who attacked him and his colleagues in the Trade Fair area of Lagos State.

Another Inspector, Igbafe Ojo, who was reportedly tortured by the same soldiers, had been hospitalised at the military hospital in Ojo Military Cantonment, where doctors said he was receiving treatment.

It was reported that the soldiers were on their way to attend a training programme at the Ojo Military Cantonment on Wednesday when the bus transporting them to the down encountered mild traffic around the Trade Fair area of the Lagos Badagry Expressway.

Mr Musa also advised the personnel of the division to give the new GOC the necessary cooperation needed so that the division could move to greater heights.

“I urge you all to be loyal, dedicated and redouble your efforts to surmount the current security challenges the country is facing.

“We are all aware of how threats are spreading all over the country and we are doing our best to ensure that we curtail all these activities.

“I assure the civilian populace that the army is doing its best to ensure that the country remains peaceful,” he said.

Mr Musa encouraged the media to continue to give correct reportage and publicity concerning the activities of the Nigerian Army so that the bandits would know that they were being subdued.

Also speaking, the new GOC, Mr Ajunwa, a Major-General, said he would strive to identify the security gaps in the state and deploy strategies to mitigate them.