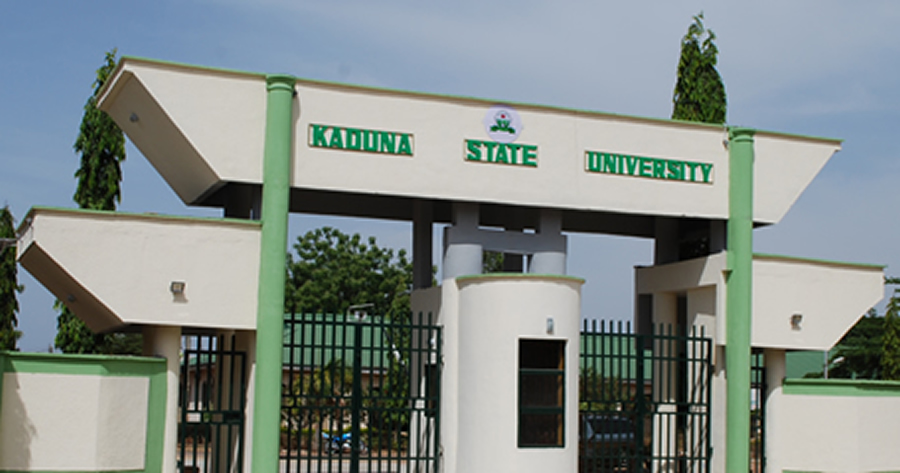 ASUU said the ongoing examinations are characterised by non-coverage of course outlines, incomplete lecture contact hours, and non-participation of lecturers who taught the courses in the setting of the examination questions, among others.

The Academic Staff Union of Universities (ASUU) has declared the ongoing examinations at the Kaduna State University (KASU) a violation of the rules and regulations governing the conduct of examinations in academic institutions.

The union made this position known via a statement by the Kano Zone, insisting that whatever examination conducted under the current arrangement must be re-conducted to ensure the sanctity of the process.

The university had on 2 August resumed academic activities since 14 February when its academic staff joined a nationwide industrial action declared by the national leadership of ASUU over unaddressed demands placed before the government.

The Kaduna State Governor, Nasir El-Rufai, had earlier threatened to sack all the lecturers who refused to resume, saying the striking lecturers had no disagreement with the state government but the federal government.

However, the university’s ASUU members joined the nationwide strike to protest the dwindling fortunes of university education in Nigeria, especially the challenges of poor funding by the government, and poor staff welfare, among others.

Mr El-Rufai issued the threat after more than five months of what he described as solidarity action by the institution’s workers, calling on them to resume immediately or have their employment terminated.

On 1 August, the national leadership of ASUU announced the extension of the more than a five-month-old strike by another one month, accusing the Nigerian government of insensitivity.

Meanwhile, the management of KASU has since 2 August announced the resumption of both academic and non-academic activities, and commenced the conduct of the examination, which had reportedly been shelved in February, following the lecturers’ action.

This was contained in a statement by the National Coordinator, ASUU-Kano Zone, Abdulkadir Muhammad, on Monday.

The statement, which was released at the end of a meeting to deliberate on the alleged “intimidation” of the university’s ASUU members by the state government, demanded the cancellation of the examinations and the conduct of fresh examinations.

“The examinations currently going on in KASU are characterised by non-coverage of course outlines, incomplete lecture contact hours, non-participation of lecturers who taught the courses in the setting of the examination questions and supervisions, involvement of students in invigilation and non-moderation of question papers, which are clear violations of the laid down rules and regulations governing the conduct of examinations.”

ALSO READ: Why ASUU Strike has not been resolved – Ngige

ASUU demanded that the examinations conducted so far be discarded “in order to maintain and respect the sacred system of evaluation in the university system.”

The statement added: “The examinations must be re-conducted after following the due process and suspension of the ongoing strike action, otherwise, the union will be left with no option but to write a petition to the National Universities Commission (NUC) and the Independent Corrupt Practices Commission (ICPC) against the Management of KASU.”

ASUU criticised Mr Elrufai over his position that the union had no issue with the state government, saying the university has been a beneficiary of “ASUU’s struggles.”

The union said: “KASU is one of the universities that could rightly be described as TETFund University since virtually all buildings in the University were constructed through TETFund interventions.”

The union noted that its strike was aimed at seeking better funding for the university system and better welfare for ASUU members, saying KASU has continued to be a beneficiary of the efforts.

It said: “KASU has benefited immensely from the TETFund interventions, revitalisation fund, staff development and provision of research grants, which are dividends of ASUU strikes.

“At this juncture, we challenge the Visitor of KASU to show a single structure he constructed on KASU campuses during his two-term tenure as Governor of Kaduna State.

“It is therefore illogical for the Government of Nasir El-Rufai to bluff that members of ASUU-KASU should either break away from the national strike or be sacked.”

The National Executive Council of ASUU had declared an initial four-week strike on 14 February to demand better funding for the university system and better remuneration for its members.

The union is also demanding the adoption of the University Transparency and Accountability Solution (UTAS) to replace the Integrated Personnel Payroll Information System (IPPIS) for the payment of its members’ entitlements. ASUU alleged that IPPIS is marred by irregularities and does not recognise the peculiarities of universities, stripping them of their autonomy.

UTAS has been tested multiple times by the National Information Technology Development Agency (NITDA), but the agency has insisted that UTAS could not be deployed because it failed the integrity test” despite scoring above 90 per cent in the tests.”

The union is also demanding the renegotiation of the 2009 agreement it had with the government and its implementation.

The draft agreement reached between ASUU and the government through a committee led by Nimi Briggs has since been submitted.

It is, however, unclear if the government will adopt the document as the Minister of Labour and Employment, Chris Ngige, has consistently accused ASUU of forcing the representatives of government agencies out of the meetings “to set its own salaries in the draft documents.”

But ASUU President, Emmanuel Osodeke, a professor, has denied this and challenged the labour ministry to provide evidence that anyone was asked to leave the meeting.

He added that the content of the draft agreement with Mr Briggs-led committee was a proposal by the government and not that of ASUU.