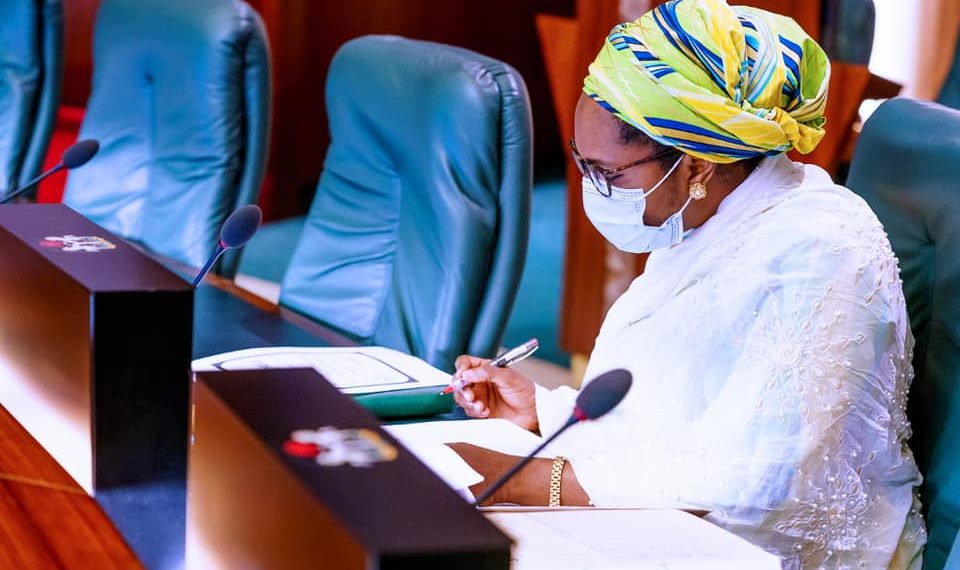 The lawmakers also asked the minister to provide it with all documents relating to subsidy claims from 2013 to date.

The House of Representatives has asked the Minister of Finance, Budget and National Planning, Zainab Ahmed, to provide it with all documents relating to subsidy claims from 2013 to date.

Ibrahim Aliyu, chairperson of the special ad hoc committee investigating the petroleum subsidy regime, said this when Stephen Okon, Director Home Finance in the ministry, appeared before it in Abuja on Tuesday.

The committee chairperson gave the minister 16 August to appear before it with all the relevant documents on subsidy claims.

He said the minister must give details of the total amount released from the Consolidated Revenue Account as subsidy payment from 2013 to date.

Mr Aliyu said the breakdown of beneficiary companies that received subsidy payments from the account must also be submitted to the panel.

According to the chairperson, the statement by the minister recently that the country would require N6.7 trillion to service subsidy was worrisome.

He said the minister needed to appear before the committee to explain certain actions, including the plan to borrow for subsidy.

He added that the issue was a very serious one that required the concern of everybody, adding that the committee was holding trust for the citizenry.

Mr Okon, however, explained that he appeared because the ministry did not want to pass information that was not properly processed before the committee.

He said he came to plead for an extension of time, adding that he was not mandated to make any presentation before the committee.

He said the ministry was asking for additional time to collate the information required by the committee.