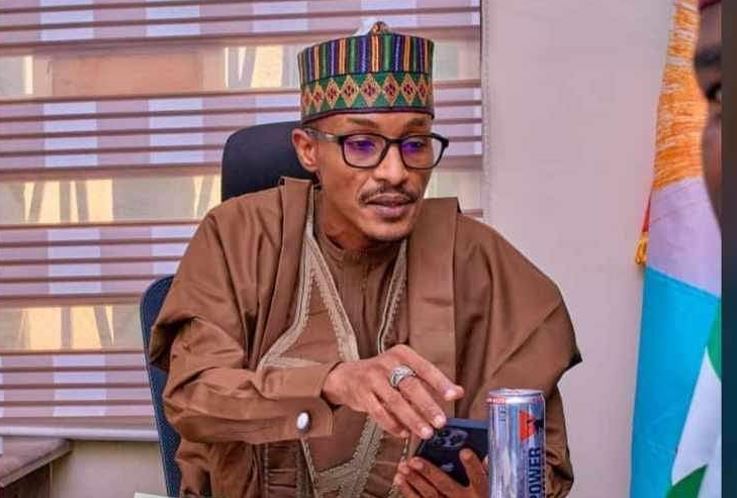 The lawmaker was one of the several APC members who failed to get a return ticket to the lower chamber.

Three months after threatening to destroy the ruling All Progressives Congress (APC) after his defeat during the party’s House of Representative’s primary for the Daura Sandamu/Maiadua Constituency, President Muhammadu Buhari’s nephew,  Fatuhu Muhammad, has exited the party.

Mr Muhammad, whose father was Mr Buhari’s oldest brother, announced his exit from the APC in a letter addressed to the Sarkin Yara Ward APC chairman in Daura Local Government Area dated, 13 July 2022.

“This is to notify you that I have resigned my membership from the All Progressives Congress (APC) with immediate effect commencing from Wednesday the 13th day of July 2022. Attached herewith is my Party Membership Registration slip with slip No. KT/DRA/10/00002

“While I thank you and the Party for the opportunity given to me to serve the interest of the people of Daura-Sandamu-Mai’Adua Federal Constituency while working with the party, accept my best wishes please,” he said.

Though he did not mention if he was defecting to another party, his media aide, Ahmad Ganga, told PREMIUM TIMES that his principal met with the PDP’s presidential candidate, Atiku Abubakar, recently.

If it is confirmed that Mr Muhammadu has defected to the PDP as it is being speculated, it means Mr Buhari is being represented in both the House of Representatives and Senate by members of the main opposition party.

Mr Muhammad had in June threatened to destroy the APC, alleging that he was cheated out of the primary election that produced Aminu Jamo as the party’s flagbearer.

In six-minute audio obtained by PREMIUM TIMES, the lawmaker was heard telling someone he referred to as Ranka ya dade, (meaning: Sir) that he would destroy APC in Katsina State.

He said he was not going to participate in a fresh election if the party decides to do one as he was the rightful winner of the primary election held last week.

“They can’t do any election (primary) because I won this one while they broke the law. They should just give me back my ticket, or we meet in court or else I destroy the party and bring a new one (party),” he said.

“I can even go and bring the party with fruits (NNPP) and they will just see the Kwankwaso party in Daura. Yes, I can do it because everyone is fighting for himself. They should come and tell the poor people what they have done for them. I’ll also say what I’ve done for the poor people and we’ll see who the (poor) will go for,” he said.