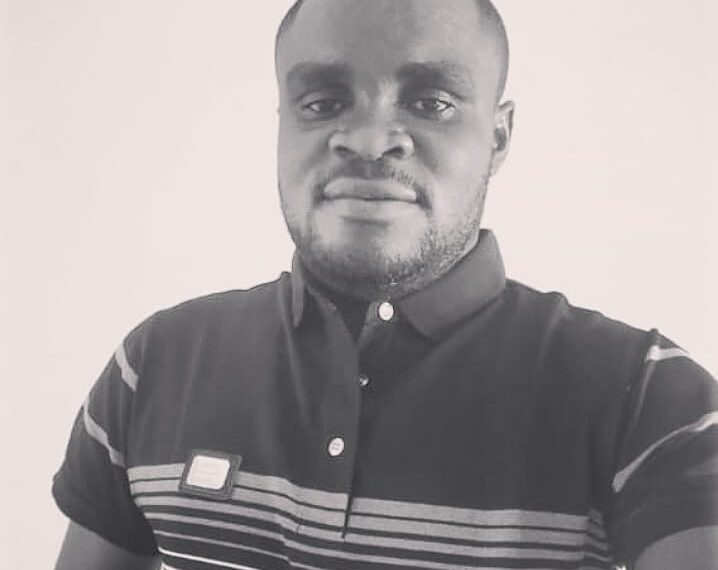 Reporter’s Diary: How Akwa Ibom CJ ordered my arrest for covering her court

The investigating police officer insisted he was going to write a statement on my behalf, but I rejected it. For this, he threatened to lock me up in the police cell.

Court workers, lawyers, and reporters were already seated by 9 a.m. inside the courtroom at the State High Court 1, Uyo, Akwa Ibom State, on 27 July.

They were waiting for the Chief Judge of the state, Ekaette Obot, who superintends over the court.

It was a defamation suit between the Akwa Ibom State Governor, Udom Emmanuel, who is the claimant, and Leo Ekpenyong, a lawyer, the defendant.

Justice Obot stepped in around 10 a.m. and instructed her police orderly to bring two police officers into the court.

“Bring in two police officers inside the court,” the judge yelled, as her orderly ran outside, apparently to fetch the officers.

The two officers, armed with AK47 rifles, came in and sat inside the court.

“I am coming in anger today. I will not tolerate any nonsense from anybody,” Justice Obot said loudly.

The judge sat down and asked the counsels to call their cases. The atmosphere inside the courtroom by now was tense.

Samuel Ikpo, the claimant’s counsel, announced his appearance with a female lawyer, while Inibehe Effiong, counsel for defendant, appeared with Augustine Asuquo.

The day was for the cross-examination of the claimant witness, Richard Peters, a priest with the African Church and a media aide to Governor Emmanuel.

Mr Peters mounted the witness box. He took an oath.

The oath administrator requested that any other witness in the matter should leave the courtroom. Nobody went out.

There was silence in the courtroom.

The defense counsel, Mr Effiong, drew the court’s attention to his pending applications for the judge to recuse herself from the case because of alleged bias or the likelihood of bias.

The judge asked if the applications were properly filed and ripe for hearing.

She said the applications would be taken on a different date, and then directed Mr Effiong to proceed on cross-examination of the witness.

Mr Effiong pleaded that his application be heard, but the judge said it was her court and that she was the one directing proceedings.

From the look on his face, Mr Effiong appeared unhappy. He, however, put up a smile and began by asking the witness, Mr Peters, if he knew the consequences of lying under oath.

The lawyer asked the witness if he knew what the offence would be if he lied under oath. Mr Peter said he could not recall, but that, as a Christian, he knew it was not good to lie on oath.

Mr Peter said the law should take its course if they found him guilty, when Mr Effiong told him he could be prosecuted for perjury if they found out that he lied under oath.

Midway into the proceedings, Justice Obot stared into the gallery. We were basically news reporters at the gallery. Two of my colleagues (reporters) were seated in the second row, while I (wearing a red T-shirt) sat with the Daily Post reporter, Lovina Anthony, in the third row.

“That man in red! Stand up!” Justice Obot said loudly. It was an order, and I knew she was referring to me, since I was the only person at the gallery who put on a red-colour clothing.

I stood up immediately.

I quickly identified myself as a journalist from PREMIUM TIMES newspaper.

“Excuse us in the court,” the judge told me.

Justice Obot’s action surprised me. Why always me? I asked myself.

About a month ago, Justice Obot similarly ordered me to leave her court during a previous proceeding on the same defamation matter.

For this latest incident, as I was walking out of the courtroom, she commanded a police officer, “Search him well!”

The officer found my phone inside my pocket and told the judge that I was recording the proceedings.

“Seize the phone!” she commanded the officer.

I handed over the phone.

For those reading this, it is necessary to explain that I did an audio recording of the court proceedings to capture accurately what the judge, the lawyers, and witness said in court in order to avoid any misrepresentation in my reporting.

It was not a video recording. And I was very discreet about the recording.

They ushered me out of the court and asked me to sit in a passage. At this point, I did not know what happened inside the courtroom.

I was outside when I learned that Justice Obot committed the lawyer, Mr Effiong, to prison.

They confined me within a corridor for hours before they took me to the chief judge’s conference room for further confinement.

The experience was horrible – for hours I could not contact my family and editors.

At about 3 p.m., I was told that the chief registrar would get a form for me to fill so that the chief judge would attach my phone and send it to the National Judiciary Council.

Around 4 p.m., the chief security officer to Justice Obot took me to a nearby police station for me to write my statement to the police.

The IPO insisted he was going to write a statement on my behalf, but I rejected it. For this, he threatened to lock me up in the police cell. I refused to shift my ground.

At that point, Cletus Ukpong, the Assistant Managing Editor of PREMIUM TIMES, arrived at the judiciary headquarters and had a meeting with Justice Obot.

After completing my statement to the police, we went back to Justice Obot’s office where the audio file (my recording of the court proceeding) was deleted at the chief judge’s presence as demanded by her.

As earlier stated, I recorded the court proceedings to ensure accuracy in my reportage, especially as the claimant’s counsel, Mr Ikpo, was always refusing to grant press interviews after the court sessions.

I remember an instance where Mr Ikpo told journalists that talking to the press after a court session was “unethical, contemptuous” and only done by junior lawyers.

After the court session on 29 June, Mr Effiong had addressed reporters at the court premises, while Mr Ikpo declined to do so despite the persuasion by Mr Peters, the media aide to Governor Emmanuel and a witness in the matter.

Mr Ikpo, after much persuasion, asked reporters to meet him in his office if they really wanted him to talk to them.

Other journalists and I went to Mr Ikpo’s office which is in Uyo city.

Mr Ikpo again declined to comment on the matter. He instead brought out some money (in the denomination of N1000) and said it was “transport money” for the journalists. I politely rejected the money and told him it was not money that we were looking for.

Ndon Asian, a journalist whom we (reporters) met at Mr Ikpo’s office, collected the money from Mr Ikpo and promised to share it to us, but I immediately told Mr Ikpo that the money Mr Asian collected from him was not meant for us, and, therefore, we would not take it.

Mr Asian got the money and accompanied us downstairs, where I told him that the practice of collecting “transport money” from people has destroyed the journalism profession in Nigeria.

The Punch and Daily Post reporters and I rejected the money from Mr Asian.