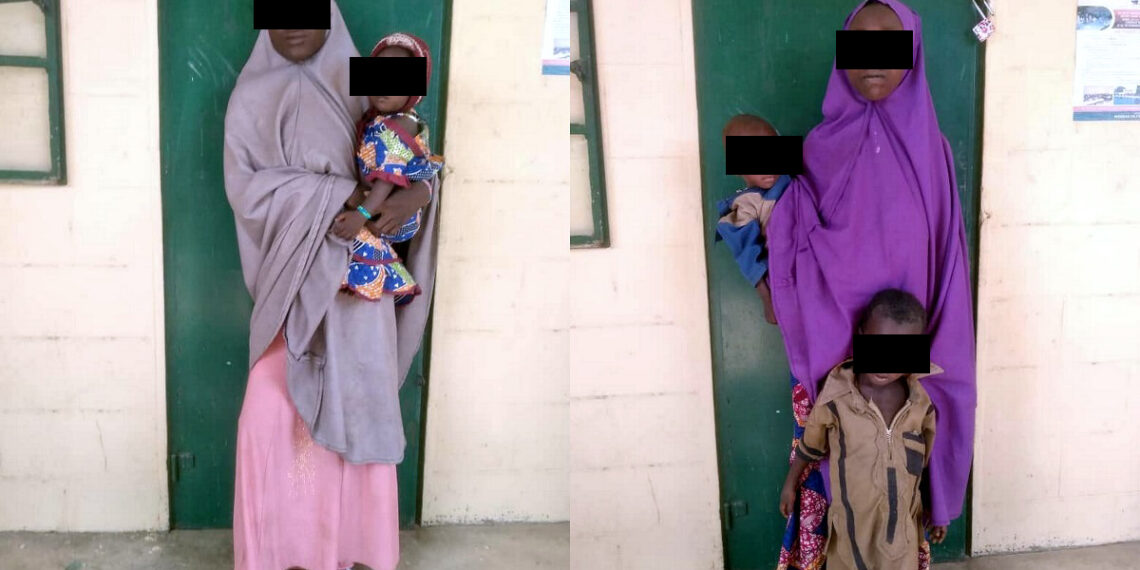 This comes barely two months after the Army announced the rescue of one other girl from the Chibok girls group abducted by Boko Haram in 2014.

The Nigerian Army has announced the rescue of four ladies, two of whom are believed to be amongst the abducted Chibok girls.

The ladies who were rescued alongside their children are currently in a medical facility, according to a post by the Nigerian Army on Twitter.

“The intercepted Chibok girls & their children are currently in a military medical facility,” the tweet reads.

The pictures of the rescued ladies with thier children were shared in the tweet, but their names were not given.

Efforts by PREMIUM TIMES to speak with the army spokesperson, Onyema Nwachukwu, a major general, were unsuccessful as he did not pick up calls to his mobile telephone.

The rescue of the two girls comes barely two months after the army announced the rescue of one other girl from the same group.

It also comes about five years after 81 of the school girls who were abducted by the insurgent group, Boko Haram, were released.

The extremist Boko Haram sect had on April 14, 2014, abducted 276 girls from Government Secondary School, Chibok. A presidential committee said 57 of the girls immediately escaped from their abductors.

Two other girls were found separately, in addition to those who escaped on the night of their abduction, bringing to over 50, those who have regained freedom.

When the President Muhammadu Buhari administration came to power in 2015, it began negotiation with the Boko Haram sect.

Not much has been heard of the remaining 112 girls, although the federal government says it is still working on getting them released.

The mass kidnapping of students from their schools fast became a norm after the Chibok school kidnap.

The country has witnessed several cases of kidnapping of pupils and students from their schools since 2014, particularly in the North-west.

Over 700 students and pupils are believed to have been kidnapped since December 2020.

Recently, gunmen attacked a Baptist Secondary School in Kaduna and abducted dozens of students from their dormitories.

How legitimate is “legitimate self-defence” in Nigeria?, By Justine John Dyikuk