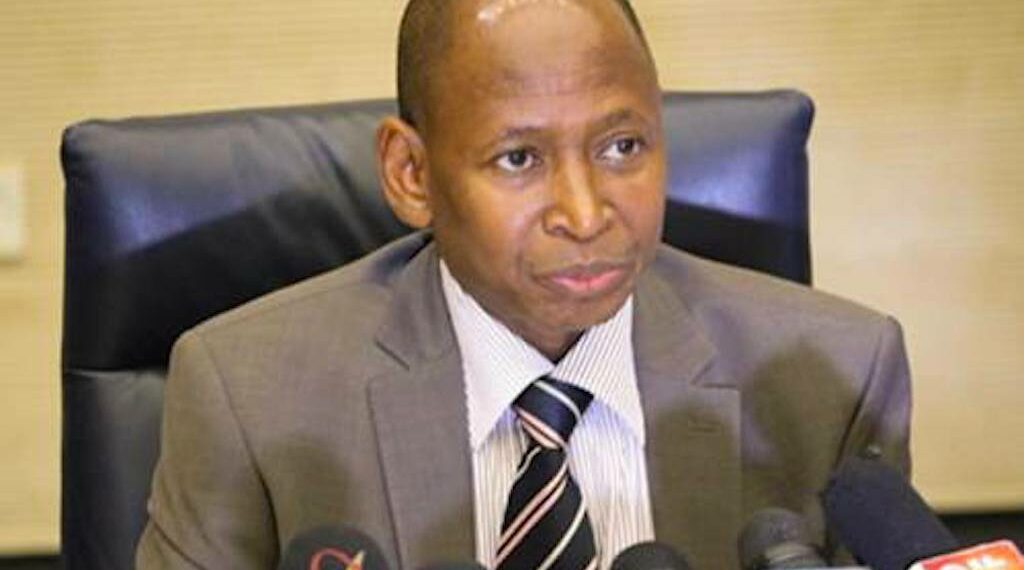 The court fixed 28 July for ruling on the bail applications filed by the suspended Accountant-General of the Federation, Ahmed Idris, and his co-defendants charged with N109 billion fraud.

The Economic and Financial Crimes Commission (EFCC), on Wednesday, opposed the bail applications filed by the suspended Accountant-General of the Federation, Ahmed Idris, and his co-defendants charged with N109 billion fraud.

EFCC’s prosecuting counsel, Rotimi Jacobs, a Senior Advocate of Nigeria (SAN), objecting to the bail applications at the Federal Capital Territory (FCT) High Court in Maitama, Abuja, equated the alleged offences of the defendants to crimes against humanity.

But Mr Idris’ lawyer, Chris Uche, another SAN, along with other defence lawyers, urged the court to disregard EFCC’s objection and grant bail to their clients.

The judge, O.A Adeyemi-Ajayi, fixed 28 July for ruling on the bail applications.

All the four defendants pleaded not guilty to the 14 charges filed by the EFCC.

Mr Idris’ lawyer, Mr Uche, made futile efforts to secure the defendants’ bail through an oral application he made to the court shortly after the defendants took their pleas.

The oral application was opposed by the prosecuting lawyer, Mr Jacobs, who insisted that the application must be in written form for the court to hear it.

The judge, agreeing with the prosecuting counsel, held that the court would not entertain an oral bail application.

The court then ordered the remand of the defendants, and directed the parties to file their position on the bail. It fixed the hearing of the bail applications for today (Wednesday).

At Wednesday’s proceedings, Mr Uche urged the court to admit Mr Idris to bail pending the determination of the suit.

Arguing that the charges are not “capital offences and are bailable”, Mr Uche prayed the court to disregard EFCC’s opposition to the bail application.

The defence lawyer denied the prosecution’s claims that Mr Idris flouted the conditions of the administrative bail granted by the EFCC.

“The prosecution, which investigated and saw the seriousness of the case, still deemed it fit to release the defendants on bail. The charge did not grow weight overnight,” Mr Uche argued.

He noted that Mr Idris “made himself available by quickly returning to Abuja from Kano immediately he was invited for this trial,” adding, “we are therefore urging my Lord to grant the defendant bail on very liberal terms.”

He drew the judge’s attention to the “nature and gravity” of the charges, urging her to refuse the bail applications.

Mr Jacobs argued that misappropriating public funds is a serious crime – equating the alleged offence to “crimes against humanity.”

After listening to lawyers’ arguments, the judge adjourned the suit until Thursday for ruling.

This newspaper reported in May how Mr Idris was arrested in Kano, following his refusal to honour EFCC’s invitation concerning alleged fraud.

Subsequently, the Minister of Finance, Zainab Ahmed, informed Mr Idris of his suspension, in a letter dated May 18.

His suspension is without pay, Mrs Ahmed’s letter stated.

The suspension, Mrs Ahmed said, was in line with Public Service Rules to give room for a proper and unhindered investigation.

This newspaper also reported in June how the anti-graft agency confiscated multi-billion naira assets linked to Mr Idris’ suspected to be proceeds of crime.