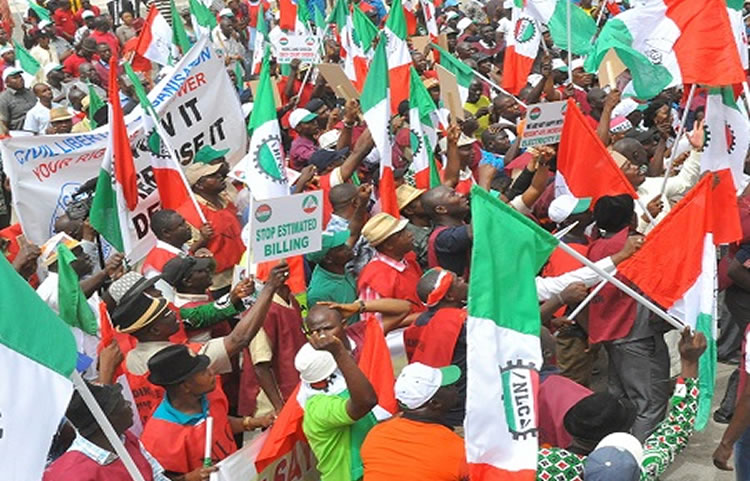 A statement by NANS president, Sunday Asefon, directed all the subdivisions of the association to begin mobilisation to join the NLC in the protest scheduled for next Tuesday and Wednesday.

The National Association of Nigerian Students (NANS) said it has commenced mobilisation of students across the country ahead of the planned nationwide protest by the Nigeria Labour Congress (NLC) over the prolonged strike by Nigerian university workers.

NLC announced it was embarking on a two-day protest on Tuesday and Wednesday to ensure that the government quickly reaches an agreement with the striking workers of Nigerian universities.

A statement issued by the President of NANS, Sunday Asefon, directed all the subdivisions of the association to begin mobilisation to join the NLC in the protest.

“I am pleased to inform all Nigerian students and her structures, SUG, JCC, ZONAL and National Executive Council to commence immediate mobilisation to partake in the rescue mission of NLC,” he wrote.

The statement said the take-off point for those in Abuja will be the secretariat of the NLC and the Labour House Abuja, saying the union hopes the efforts will yield the desired result.

The strike by the university workers including the Academic Staff Union of Universities (ASUU), Senior Staff Association of Nigerian Universities (SSANU), among others, is currently in its sixth month without an end in sight.

President Muhammadu Buhari has, however, asked the Minister of Education, Adamu Adamu, to take over negotiations from his Labour counterpart, Chris Ngige, whom ASUU has accused of being a clog in the wheel of its negotiations with the government.

Mr Adamu reportedly said he could resolve the crisis in two to three weeks at a meeting with the president on Tuesday.