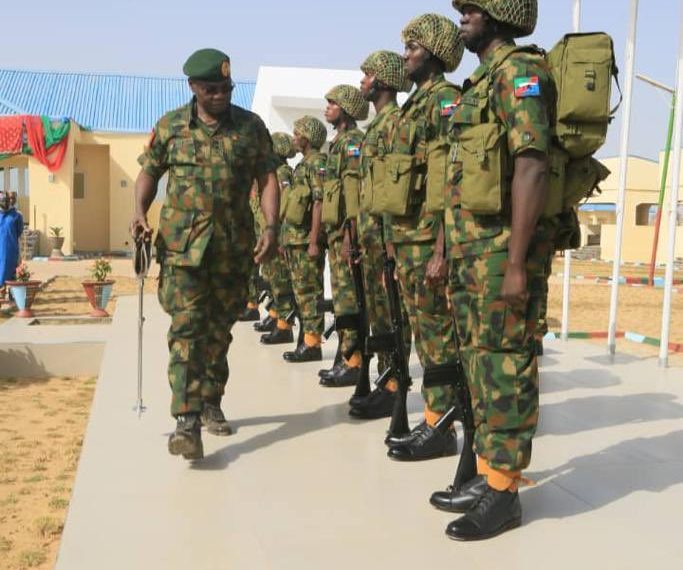 The Defence Headquarters says the troops of Operation Hadin Kai (OPHK) have eliminated 42 Boko Haram insurgents in the past two weeks in the North-east.

The DHQ said 3,858 terrorists including six top commanders and their families surrendered to troops in the theatre of operation.

The Director, Defence Media Operations, Bernard Onyeuko, a major general, said this while reviewing the progress of the ongoing military campaign against insurgency on Thursday in Abuja.

He said the Air Component of OPHK on July 11 conducted an air interdiction operation at Tumbum Jaki and Tumbum Murhu near Lake Chad in Borno killing more than 21 terrorists.

Mr Onyeuko disclosed that the six terrorists’ commanders surrendered to troops at Gwoza.

According to him, several terrorists logistics suppliers/collaborators have been arrested with different items at various locations within the theatre.

“Among them were two women namely; Hauwa Gambo and Khadija Dirsa.

He said the surrendered terrorists and their families were being profiled and documented while recovered items and apprehended suspected terrorists had been handed over to the appropriate authorities for further action.