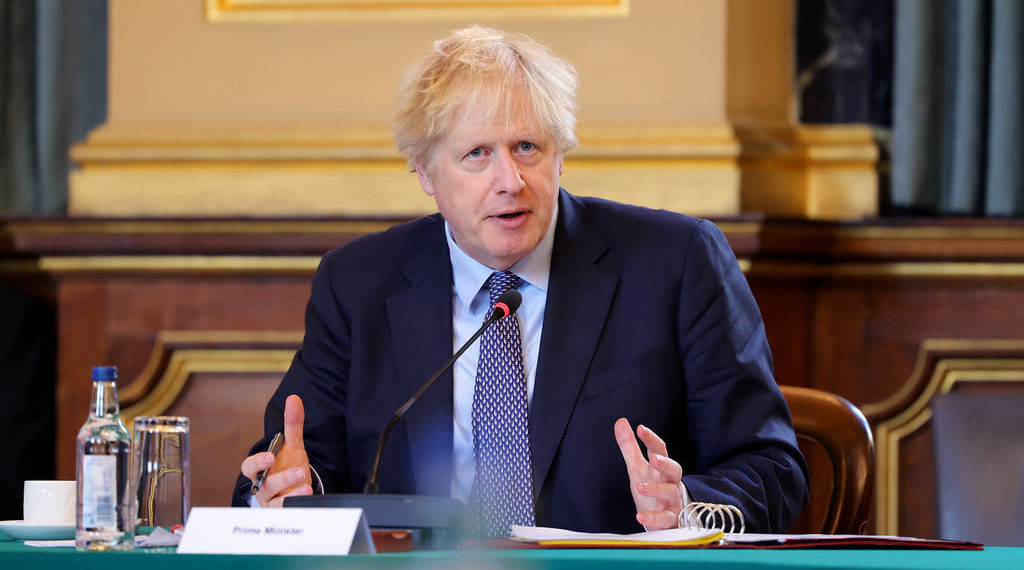 The embattled UK Prime Minister, Boris Johnson, continues to hang on to his office despite the resignation of two of his most senior ministers.

Health Minister Sajid Javid and Finance Minister Rishi Sunak announced their resignations on Tuesday. This is coming weeks after the party gates report was published and Mr Johnson survived a no-confidence vote.

Minister Javid in a letter to the primé minister wrote, “…So it is with enormous regret that I must tell you that I can no longer, in good conscience, continue serving in this Government. I am instinctively a team player but the British people also rightly expect integrity from their Government.”

He added that the prime minister’s actions reflect on every member of the government and as such led to Britons losing confidence in the government.

“The tone you set as a leader, and the values you represent, reflect on your colleagues, your party and ultimately the country. Conservatives at their best are seen as hard-headed decision-makers, guided by strong values. We may not have always been popular, but we have been competent in acting in the national interest. Sadly, in the current circumstances, the public are concluding that we are now neither,” Mr Javid said.

“I regret to say, however, that it is clear to me that this situation will not change under your leadership – and you have therefore lost my confidence too,” he added.

A few minutes after Mr Javid announced his resignation, Mr Sunak towed the same part with a tweet that read, “The public rightly expects the government to be conducted properly, competently and seriously. I recognise this may be my last ministerial job, but I believe these standards are worth fighting for and that is why I am resigning.”

According to Al Jazeera, the resignations, which were followed by similar announcements by several junior ministers, came as Mr Johnson was apologising for what he said was a mistake for not realising that a former minister in charge of pastoral care was unsuitable for a job in government after complaints of sexual misconduct were made against him.

BBC reports that Will Quince has resigned as education minister and Laura Trott also quit as a ministerial aide at the transport department, saying the government has lost trust.

Mr Johnson is billed to appear for Prime Minister’s Questions at noon and is also due to give evidence to senior MPs on the Liaison Committee later.

He has also replaced the two ministers who quit by appointing his chief of staff Steve Barclay as his next health minister and Nadhim Zahawi, previously the education minister, as his new finance minister.

Will Boris Johnson survive this time?

Ministers Javid and Sunak were seen as major pillars of the Johnson administration. Their resignation on Tuesday begs answers to the question if the prime minister will remain the proverbial cat with nine lives.

According to Al Jazeera, the leader of the UK’s opposition Labour Party, Keir Starmer, said it was clear that Mr Johnson’s government was now collapsing following the resignation of two senior ministers.

“After all the sleaze, the scandals and the failure, it’s clear that this Government is now collapsing,” Al Jazeera quoted Mr Starmer as saying. He added that the resigning cabinet ministers have been “complicit” as Mr Johnson “disgraced his office”.

“In doing so, they have been complicit every step of the way as he has disgraced his office and let down his country,” Mr Starmer said, adding that the ministers would have gone months ago “if they had a shred of integrity”.

Their resignations were followed by that of other Conservatives: Bim Afolami quit as the party’s vice-chair on live TV and Andrew Murrison resigned as a trade envoy to Morocco.

Some parliamentary private secretaries from the Conservative Party also quit their junior-ranking government posts in protest at Johnson’s leadership.

However, some senior cabinet ministers, including Foreign Secretary Liz Truss and Defence Secretary Ben Wallace, indicated they would be staying.

Ms Truss said she is “100 per cent behind the prime minister”, the BBC reported.