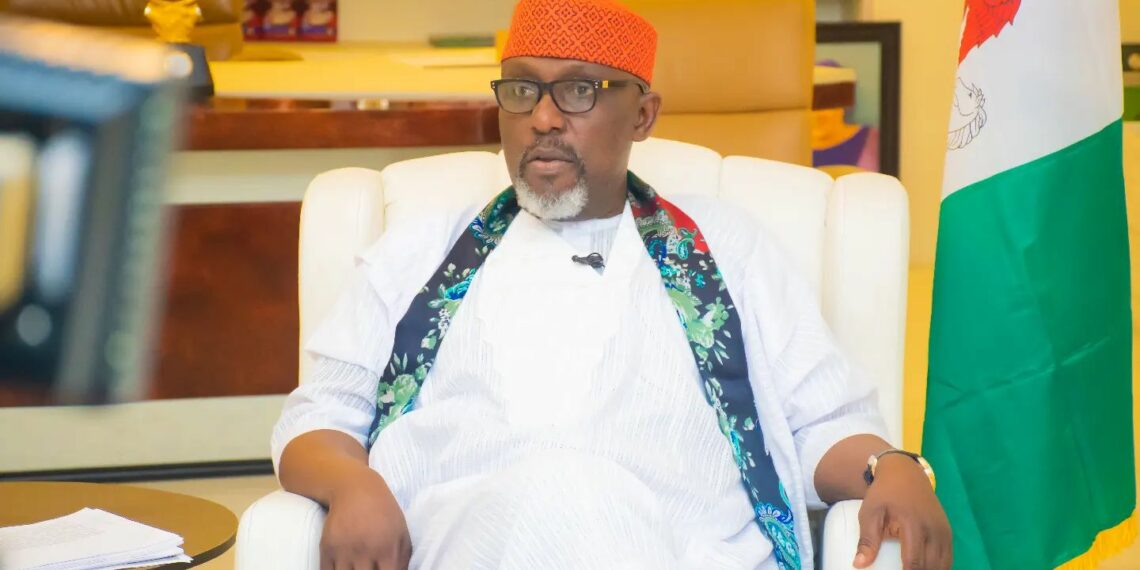 Mr Okorocha and his co-defendant, Anyim Nyerere, last May, pleaded not guilty to charges of diverting N2.9 billion in public funds while the former was in office.

The Federal High Court in Abuja, on Wednesday, granted permission to former Imo State governor, Rochas Okorocha, to travel to the United Kingdom for medical care.

Mr Okorocha and his co-defendant, Anyim Nyerere, last May, pleaded not guilty to charges of diverting N2.9 billio in public funds while the former was in office.

The judge, Inyang Ekwo, in a ruling, ordered the registrar of the court to release Mr Okorocha’s passport to him to undertake the medical trip.

Mr Okorocha’s lawyer, Ola Olanipekun, a Senior Advocate of Nigeria (SAN), had told the court that his client had been battling with health issues.

Mr Olanipekun argued that Mr Okorocha, now the senator representing Imo North at the National Assembly, would not breach the terms and conditions of the travel permission and would return to the country for his trial, which has been slated to commence in November.

Initially, the Economic and Financial Crimes Commission (EFCC) lawyer, Chile Okoroma, opposed the request, he later withdrew his objection when the judge explained that the request would be granted with a caveat by the court.

While granting the request, Mr Ekwo ordered Mr Okorocha to return his passport to the court registrar not later than three days of his arrival in the country.

The judge held that he would declare Mr Okorocha wanted if he attempts to abuse the indulgence granted him.

Subsequently, the suit was adjourned until November 7, for Mr Okorocha’s trial.

The EFCC had, in January, filed a 17-count charge against Mr Okorocha over allegations of diverting N2.9 billion public funds while in office.

But efforts to get the former Imo State governor stand trial were unsuccessful until the anti-corruption agency raided Mr Okorocha’s Abuja residence.

Mr Okorocha, who was a presidential aspirant on the platform of the All Progressives Congress (APC), was arrested after a six-hour siege to his home in Abuja.

After four months of filing charges against Mr Okorocha, the EFCC, on May 30, brought Mr Okorocha to the Federal High Court in Abuja, where he was arraigned.

Messrs Okorocha and Nyerere both pleaded not guilty to the charges and were subsequently granted bail two days later.

Mr Okorocha, 59, was a two-term governor of Imo State, serving from 2011 to 2019 when he lost an intense political battle to install his son-in-law and Chief of Staff, Uche Nwosu, as a successor. He, however, succeeded in winning the Imo West senatorial election for himself as a candidate of the APC.

His co-accused, Mr Nyerere, open-source searches show, was the APC governorship candidate in the 2015 Abia State election and currently serves as a commissioner at the National Pension Commission.

Mr Nyerere features in all the 17 charges and is accused of conspiring with Mr Okorocha to steal and launder N2.9 billion belonging to Imo State and local government areas in the state, in contravention of the Money Laundering Act 2011.

As Corporate Affairs Commission (CAC) searches by PREMIUM TIMES showed, he owns or controls three of the charged companies, namely Consolid, Pramif, and Legend World, all registered in Abuja.

According to the EFCC charges, the stolen funds were diverted between October 2014 and February 2016 from the Imo State Government House account and Imo State Joint Local Government Project account.

Timeline of the alleged diversions: