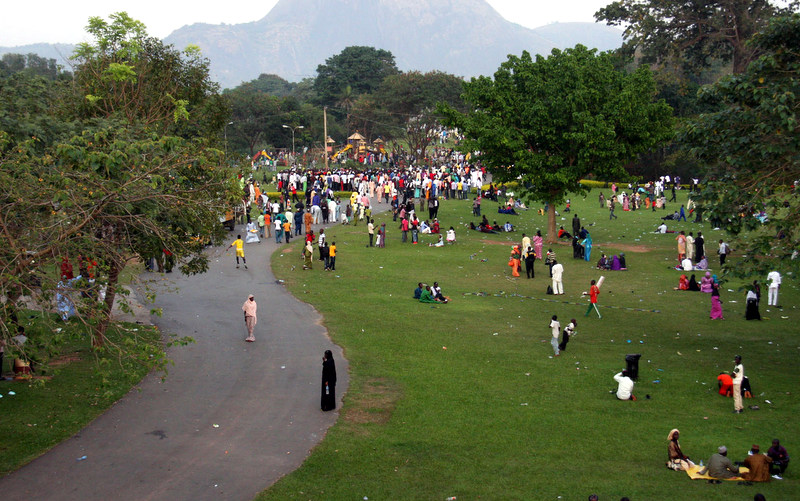 The Federal Capital Territory Administration (FCTA) and operators of recreational parks in Abuja on Tuesday met over the enforcement of operation hours and ban on alcoholic beverages at the parks.

This was disclosed by the Senior Special Assistant (SSA) to the FCT Minister on Monitoring and Enforcement, Ikharo Attah.

In compliance with the city’s policy on parks and gardens, members of the FCTA task force, on Monday, stormed some relaxation parks to enforce their closure at 7 p.m.

This became effective a week after the FCT Minister, Muhammad Bello, reportedly gave the directive.

Quoting the FCT policy, Mr Attah reiterated the administration’s position on the sale of alcohol at public parks where parents and children come together for relaxation.

“This morning we held a large-scale engagement meeting with the park operators. The park department was on ground, the CSOs, the Nigerian Union of Journalists (NUJ) had persons on ground, all stakeholders were involved in the meeting today and we are going to report to the FCT Permanent Secretary, who from that point will communicate to the Minister,” he disclosed.

He further said that during the meeting, the park owners owners proposed a 9-10 p.m. closing time even though the FCT park policy signed by Olusegun Obasanjo administration in 2005 stipulates 6 p.m.

“We are looking at their points and the points of residents who are crying bitterly that they close late and need to go and have some fun. We are considering them, we’re humans too,” the minister’s aide reportedly said.

While appealing to parks and garden owners not to lay off staff members, Mr Attah confirmed that his team will not stop going round to ensure compliance on both issues.

Fighting back the enforcement, owners of the centres, through their counsel, in a letter to Mr Bello, raised two concerns.

They said the case is in court and accused the minister of disregarding the rule of law by enforcing the closure of parks and gardens by 7 p.m. across the city.

“As solicitors to the plaintiffs in the above stated suit pending before the FCT High Court, we draw your attention to the threatened enforcement of 6p.m., closing hours by the proprietor of gardens in the FCT by your Senior Special Assistant (SSA) on Monitoring and Enforcement, Ikharo Attah, whose action is sub-judice of the pending case before the court.

“Suffice it to say that we live in a democratic society where rule of law prevails against personal desires and brigandage of public servants, the terms of settlements in the above matter has been ordered to be filed by the court after the parties agreed in terms and principles,” the lawyer to the affected business owners, Ifeanyi Agu, said.

He appealed to Mr Bello to ask Mr Attah to stop the exercise.

Calls and text messages to Mr Attah and the ministry’s spokesperson, Tony Ogunleye, were not answered at the time of filing this report.