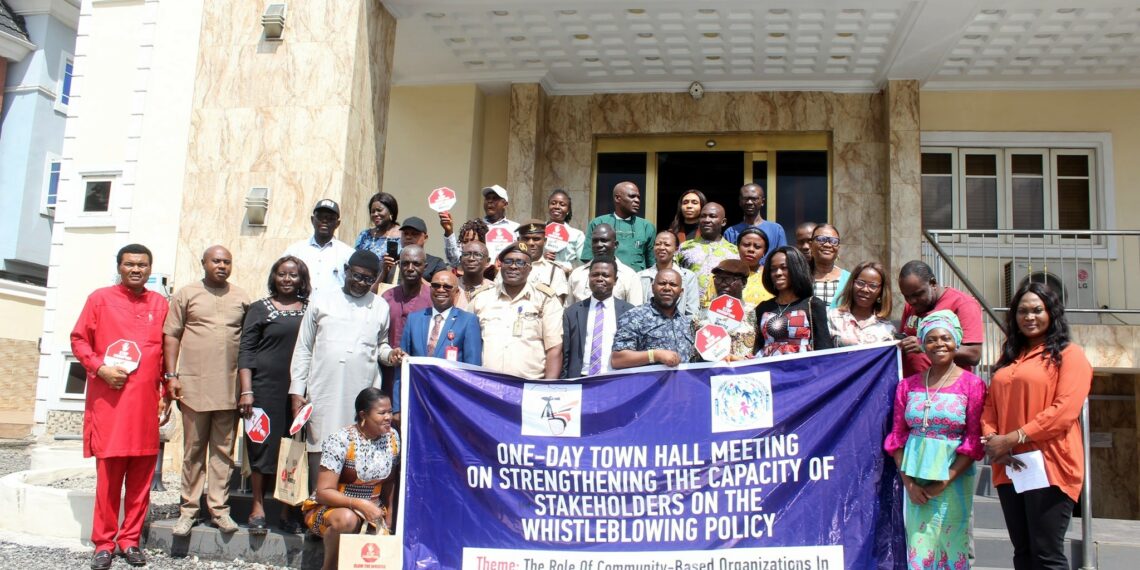 “We are both morally and legally bound as citizens not to keep silent about any act of corruption or wrongdoing whenever we see one.”

The Economic and Financial Crimes Commission (EFCC) has expressed worry over the declining number of whistleblowers across the country despite rewards offered to informants.

Abdulrasheed Bawa, the chairman of the commission, said this on Thursday in Awka at a meeting on strengthening the capacity of the public on whistleblowing policy, organised by the African Centre for Media and Information Literacy (AFRICMIL).

The programme, which was supported by the MacArthur Foundation in collaboration with Anambra Civil Society Network, had the theme Role of Community-Based Organisations in Entrenching Whistleblowing Policy at the Grassroots.

Mr Bawa, who was represented by Oshodi Johnson, Enugu zonal commander, EFCC, said the whistleblowing policy had helped the agency to recover huge stolen public funds across the country.

He, however, lamented that some challenges were undermining the policy’s effectiveness in the country.

According to him, ignorance of the legal and administrative frameworks of the policy and difficulties and bureaucratic processes for claiming the advertised incentives are some of the challenges.

“It is also not impossible that the few false informants or whistleblowers who were prosecuted for wanting to turn a serious programme into memes unnerved some other would-be informants.

“Whatever the challenges are, it is imperative that there is fresh awakening to sustain the flow of critical intelligence to Nigerian law enforcement agencies,” he said.

Mr Bawa said the commission was committed to the success of the whistleblowing policy, saying it was a critical peg of the federal government’s anti-corruption framework.

He promised to partner with AFRICMIL and other community-based groups in strengthening their capacities to identify and quickly report suspected cases of corruption in their communities.

He urged the public to speak out by reporting any act of corruption or unethical practices to anti-graft agencies.

Earlier, Chido Onumah, coordinator, AFRICMIL, said that whistleblowing policy had proved to be the most direct method of exposing corrupt acts.

Mr Onumah, who was represented by Kolawole Ogunbiyi, programmes manager of AFRICMIL, identified early detection and exposure of mismanagement of public funds, bribery, fraud, theft of public funds and other illicit acts as effective strategies in the fight against corruption.

He said: “We all are aware that corruption thrives in multiple forms in our communities, but most visibly in the misappropriation of funds and abandonment of projects that could bring development and meaningfully turn around the lives of the people.

“We are both morally and legally bound as citizens not to keep silent about any act of corruption or wrongdoing whenever we see one.”

Friday Sermon: Too much love of wealth is the root of all evils!, By Murtadha Gusau