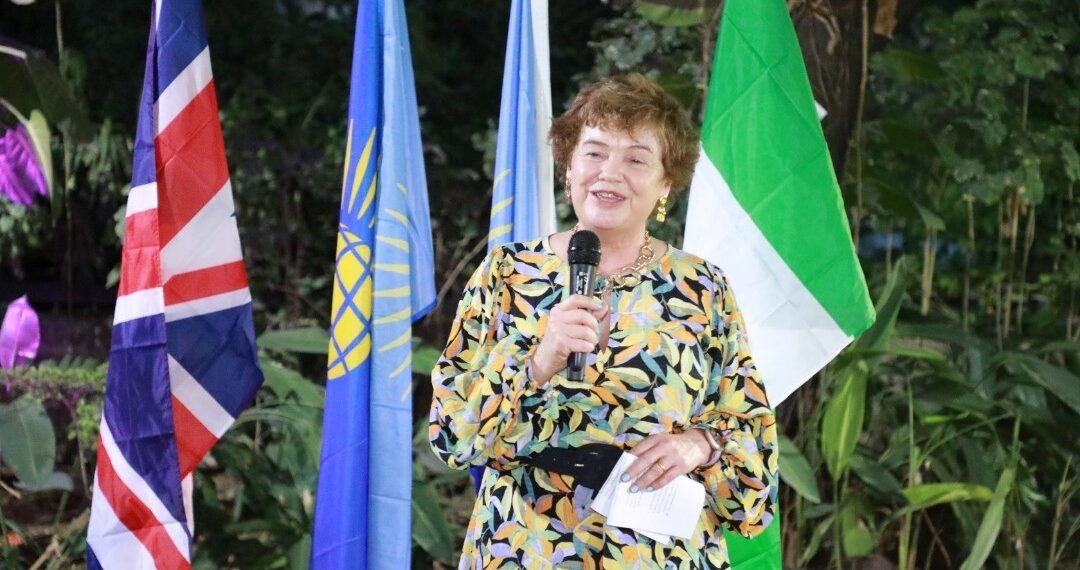 Nigeria is losing an estimated $18 billion annually to illicit finance like bribery, internet fraud, and non-payment of taxes, said Torchlight Group- drivers of the campaign.

The UK Government, on Thursday, partnered with the Nigerian government, civil society and media, including PREMIUM TIMES, to launch the #ProtectWhatsYours campaign, which aims to raise awareness of illicit finance.

“It is important we understand the direct harms that illicit finance causes, this is a crime that affects every citizen of Nigeria…The UK has partnered to deliver this innovative prevention campaign and we thank all agencies, civil society groups and media organisations who collaborated to deliver the films and content. This is another excellent example of UK/Nigeria co-operation in tackling illicit finance,” the British High Commissioner to Nigeria, Catriona Laing, said in a statement.

Nigeria is losing an estimated $18 billion annually to illicit finance like bribery, internet fraud, and non-payment of taxes, said Torchlight Group – drivers of the campaign.

According to Torchlight Group, these outflows have a significant impact on the country’s economic stability and every Nigerian loses the equivalent of N35,000 annually.

“This money can provide world-class facilities for Nigerians, build roads, create jobs, provide better educational systems and provide better and affordable housing systems,” the group said as it launched the campaign on Thursday.

According to the UK government, the campaign seeks to encourage Nigerians to recognise and report financial crime in their immediate environment, and calls on the Nigerian diaspora to report from around the world, where assets could be located.

“Illicit finance and associated crimes do not recognise borders, which is why the campaign is necessary to empower citizens to report suspected financial criminals to the relevant authorities both at home, and to go one step further to encourage reporting from around the world,” it added.

Describing the project as innovative, Andrew Clowes, the Illicit Finance Lead at the UK High Commission in Nigeria, said “citizens need to understand the direct impact this crime has on them and their families, and should be bold to report those they believe are involved in these crimes.”

Nine government organisations including the EFCC, ICPC, and FIRS, have joined forces with the media and civil society to support the #protectwhatsyours campaign.

Friday Sermon: Too much love of wealth is the root of all evils!, By Murtadha Gusau