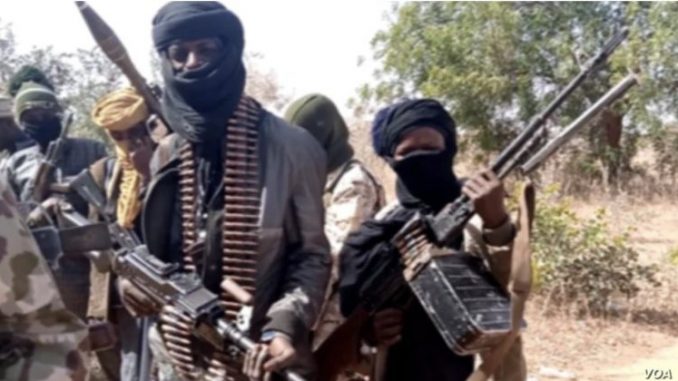 Residents said some of the gunmen are believed to be foreign nationals and were chanting Allahu Akbar while launching the attack at the mining site.

Residents said hundreds of the terrorists on motorcycles invaded the mining site unrestrained, killing and abducting people working at the site.

The spokesperson, Coalition of Shiroro Associations (COSA), Salis Sabo, a lawyer, said the attack was unexpected as residents of the area had enjoyed relative peace for months, which they attributed to the successes of the security measure put in place in the area.

He said as the gunmen headed towards the mining site, they passed through several villages.

Mr Sabo said they reportedly told the villagers not to run, saying they did not come to attack them.

He said they shot and killed a villager who refused to tell them the best way to access the mine.

“The terrorists are believed to be Boko Haram/ISWAP who were not initially domiciled in the area and who are not also Nigerians. Their long hair, pierced nose, and mode of operation, chanting “Allahu Akbaar” point to that fact.

“They grouped themselves into four, some wearing camouflaged uniforms of the military, Mobile Police, and some Vigilante. They started to open fire after succeeding in kidnapping the expatriates silently. Seven mobile policemen were gunned down and two soldiers in the first gun battle.

“Later at Unguwan Maji under Erena Ward where the military had planned to ambush the terrorists being their most probable exit route. But unfortunately, the military vehicle got stuck on the way due to the bad terrain which later exposes their plans to the terrorists, Mr Sabo said.

The firefight between the military and the terrorist group started at 4 p.m. till in the morning when the sound of gunshots was still heard, Mr Sabo said

He said many soldiers and mobile policemen are still missing.

According to the official, the mining activities have been going on there for over two years despite the security challenges in the area and the site has never been attacked.

Who are you?, By Yemi Adetayo