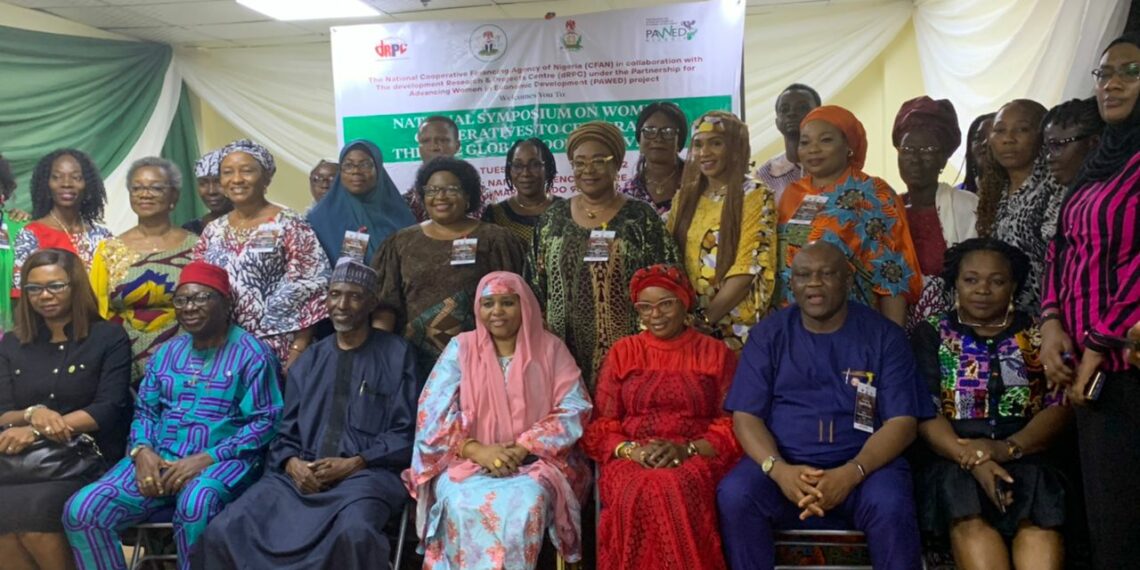 Mr Kofarmata said there is no clear effort to ensure the concrete development of women’s cooperatives in Nigeria.

More investment is required in women’s cooperatives for them to attain their full potential and make major contributions to the country’s economic growth.

This was the consensus at a high-level national symposium on women’s cooperatives held in Abuja on Tuesday.

The symposium which brought together experts, policymakers and women in cooperatives was organised by the Cooperatives Financing Agency of Nigeria (CFAN) to celebrate the 2022 global cooperative day.

Ms Jalingo explained that cooperatives are a global driver of economic growth as they generated $2.98 trillion in annual revenue.

She said at least 12 per cent of people on earth are members of cooperatives. She said cooperatives provide jobs or work opportunities to 10 per cent of the employed population.

She noted that international cooperative movements represent 800 million members, more than the total population of the entire European continent.

She said women cooperatives may not be the solution to the world’s problems, but they are certainly part of the solution.

Ms Jalingo said the role of cooperatives in the country’s development can not be underestimated. She said cooperatives create a link amongst women which helps them arrive at great decisions.

Speaking at the event, Bala Kofarmata, a professor at the Dangote Business School, Bayero University, Kano, said investing in women’s cooperatives is as good as investing in a household.

Mr Kofarmata said investment in cooperatives is vital to the growth, sustainability, and development of the country’s economy.

He noted that the federal government should be the major investor in women cooperatives, followed by other stakeholders and development partners.

He said to promote the women’s cooperatives in Nigeria, the government must develop a framework that will support funding for such platforms.

“Low level of investment in any sector will lead to slow growth,” he said.

Mr Kofarmata said there is no clear effort to ensure the concrete development of women’s cooperatives in the country.

He said only 13 per cent of agricultural landownership goes to women despite constituting the majority labour force in the sector.

He said these statistics call for affirmative action to engage women in productive enterprises including cooperatives.

Ms Folashade said it is important for various stakeholders and cooperative organisations to partner with the ministry of women affairs to enable more women to benefit from various government interventions.

She said this will ensure they answer to community needs and adjust to local concerns; as well as build a peaceful society, and promote collaborative entrepreneurship and economic growth.

In her remarks, a representative of the federal ministry of labour and employment, Juliet Nwadi, said despite the increasing positive role of cooperative movements as a reliable strategy of development, women’s participation and inclusion in cooperative activities are not very visible.

She said this is more apparent in societies where women and children are fast taking roles as heads of families and clans.

She, however, said more awareness is needed to ensure women are fully aware of opportunities that await them.

“Majority of women especially those in the rural community lack the needed knowledge to access government-approved funds,” she said.

The president of the AWITA-PAWED coalition, Ruth Agbo, said more collaborations and investment is needed to keep the cooperatives moving.

Ms Agbo said such investment can be in cash or kind. She urged the government to develop a framework that can accommodate women.

“There is a need to establish a department to monitor and supervise activities of cooperative platforms. There are lots of benefits to cooperatives and this should be sustained by the government,” she said.

The global cooperative day is marked on the first Saturday in July every year. It is an opportunity to promote the cooperative movement worldwide and to showcase the successes, challenges, and opportunities of cooperatives as a business model.

The symposium was supported by the dRPC and the Partnership for Advancing Women in Economic Development (PAWED) and was funded by the Bill and Melinda Gates Foundation (BMGF).

The executive secretary of CFAN, Emmanuel Atama, said the symposium marks a turning point in the annals of the women’s cooperative movement in Nigeria.

Mr Atama said all discussions concluded at the event will be fully implemented.

He said women must become very practical to achieve substantial growth; noting that the women’s cooperative train will become a moving train.

Mr Atama said the CFAN team will work with the PAWED team to generate a one-year work plan with deliverables and also do a quarterly review.