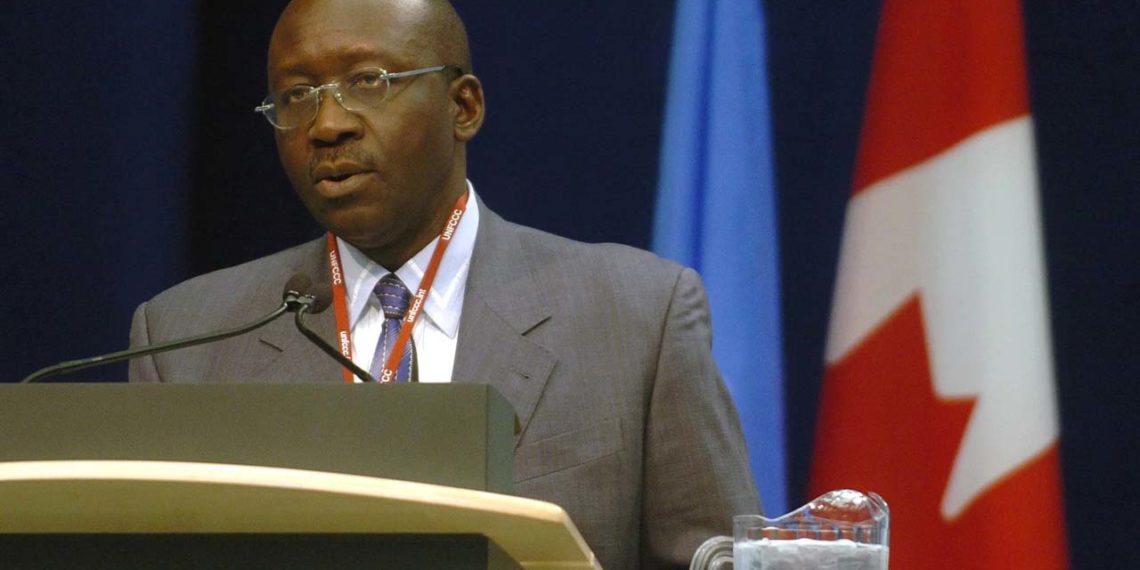 The party urged the UN to advise INEC to ensure that the 2023 General Elections are credible and transparent.

The Peoples Democratic Party (PDP) has called for the United Nations (UN) continued support of Nigeria’s electoral system and closely monitor the 2023 General Elections against any form of manipulation.

The party’s acting Chairman, Umar Damagum, made the appeal while receiving a team of Special Representatives of the United Nations (UN) Secretary-General, led by the Head of the UN Office in West Africa and the Sahel Region (UNOWAS), Ahmad Annadif, on Tuesday in Abuja.

Mr Damagum, the party’s Deputy National Chairman (North), said the UN and international community placed importance on the conduct of the 2023 General Elections in Nigeria.

He urged the UN to advise INEC to ensure that the 2023 General Elections are credible and transparent.

“UN Development Organisation is one of the organs that ensure that things are done right and that is why it plays important role in the conduct of the 2023 General Elections.

“We need your support to ensure that INEC is truly an election umpire.

“There are a lot of reforms that have taken place which will be put to test in this coming elections.

“We hope with the signing of the new Electoral Act, those reforms will alleviate some of our fears in the coming elections,” he said.

Mr Damagum, who commended UN interest in the stability and development of Nigeria, said the country could not afford any form of electoral violence.

He expressed hope that APC would emulate the PDP by accepting defeat and peacefully handover power if it did not win the 2023 General Elections.

“We hope they will continue to see Nigeria as one of the uniting factors on the continent so that we continue to lead by example.

“We have been doing so since the coming of democracy in 1999 and we will continue to do so.

“You can do that in advisory form or any other form in which you have been doing it,” Mr Damagum said.

Also at the meeting, PDP Deputy National Chairman (South), Taofeek Arapaja, urged the UN to roll out its punishment for anyone who might want to disrupt the 2023 general elections in Nigeria.

He urged the UN to pay keen interest on issues of vote-buying and conduct of security personnel during the 2023 general elections.

Mr Arapaja said the recently conducted governorship election in Ekiti State was characterised by vote-buying, adding that the people should be allowed to make a free choice in an election without any money inducement.

“A situation where people cannot change the situation they do not like is what we do not want,” Mr Arapaga said.

In his remarks, the party’s National Publicity Secretary, Debo Ologunagba, urged the UN to pay particular interest to the peace of Nigeria as the 2023 general elections approach.

Mr Ologunagba urged the UN to work with the country to ensure no electoral violence was recorded during the 2023 general elections.

He said with the huge population of Nigeria, any electoral violence that could lead to mass emigration of Nigerians to other West Africa and the Sahel countries would have untold effects on countries in the sub-region.

In his remarks, Mr Annadif said they were on an official visit to Nigeria.

“As you are all aware, Nigeria has an important role in the development and stability of the Africa and Sahel region.

As you are aware and as we will be conducting general elections in 2023, there are security challenges in the sub-region.

Nigeria has stability role in West Africa and Sahel region. That is why Nigeria is a concern to us.

The UN and all international communities hope and wish Nigeria conduct a credible and peaceful election that would contribute to the stability of the region.

This is why we are doing this re-election need assessment visit to see how we can contribute to the peaceful and credible elections in Nigeria,” he said.

Why price of cooking gas increased across Nigeria – Marketers