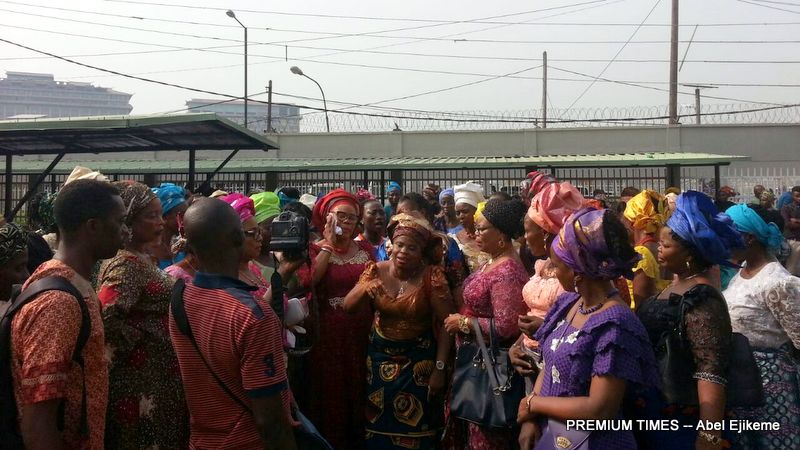 A cross section of a women's group

The cooperative society has over the years provided opportunities for women, especially those in rural communities to sustainably escape poverty

The Cooperatives Financing Agency of Nigeria (CFAN) in collaboration with the development Research and Projects Centre (dRPC) is set to hold a national symposium to commemorate the 2022 global cooperative day.

The day marked on the first Saturday in July every year is an opportunity to promote the cooperative movement worldwide and to showcase the successes, challenges, and opportunities of cooperatives as a business model.

The organisations, in a statement obtained by PREMIUM TIMES, said the symposium is scheduled to hold on Tuesday. It aims to highlight the importance of sustaining Women’s Economic Cooperatives (WECs) in Nigeria.

The organisations noted that women have learnt to co-operate with others with whom they live in order to ease difficult physical and financial burdens together.

It said through cooperatives, women have continued to contribute to the nation’s economic growth despite a lack of access to funds.

“The standard of living for women who are members of cooperatives has been raised thus guaranteeing better quality of lives.”

The organisations said several women cooperatives, associations, and groups have come to stay, addressing the challenges of their members through financial support, savings, and disbursement of loans to members.

Women in cooperatives have access to collateral-free loans after a certain duration of their contributions.

The amount contributed – popularly called “Ajo” in Yoruba language “Isusu” in Igbo language and “Adashe” in Hausa language is a compulsory contribution savings scheme “in which a group of people come together to put an agreed amount of money into savings daily, weekly or monthly, and then at the end of every month, someone in the group takes all the money (interest-free) saved for that month.”

This is subsequently rotated among all the group members throughout the contribution. Many women have expanded their businesses and even become employers of labour through this method.

The organisation explained that the Micro, Small and Medium Enterprises (MSME) sector contributes about 48 per cent to the country’s economic growth with women owning about 41 per cent of it.

“This contribution to the nation’s

economic growth is significant regardless of the issues faced by women entrepreneurs such as lack of access to finance.”

Despite this obstacle, millions of Nigerian women in the informal sector particularly in MSME have learned to be self-disciplined to personally provide funds for their businesses through cooperatives, savings, and loans.

The organisations said cooperatives have contributed majorly to the national output by way of massive production of goods and services.

“Cooperative enjoys soft loan benefits from the governments, banks and other similar institutions for the operation of their joint or individual businesses and functional cooperatives education and training imparted on the members enable them to do well in their businesses,” it said.

This symposium is supported by the dRPC, Partnership for Advancing Women in Economic Development (PAWED) and funded by the Bill and Melinda Gates Foundation (BMGF).

At the event scheduled to commence by 8:00 a.m. on Tuesday, key stakeholders will listen to the evidence from high-level panels and hear from women who are members of cooperatives.

The key stakeholders will be drawn from government MDAs, academics, civil society organisations, women’s economic cooperatives and the media.

The organisers said learnings from this will inform the reshaping of investments that support women’s cooperative enterprises.

Expensive diesel and the expansive economic crisis, By Dakuku Peterside