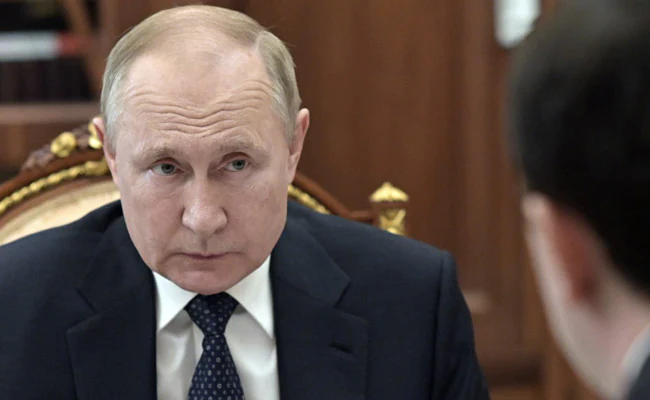 Russia says it has not defaulted as the miss was caused by western sanctions over its invasion of Ukraine.

Russia is seen to have defaulted on repayment of foreign debt for the first time since 1918.

The country’s failure to pay lenders $100 million by Sunday was also its first debt default of any form since in nearly two decades and a half.

Even though the world’s third biggest crude producer has the cash, penalties from the west in response to its invasion of neighbouring Ukraine are standing in the way of transferring the sum to overseas creditors, having fallen due on Sunday.

A last-ditch effort by Moscow to pay the money has been impossible in light of a bar months ago by the west on payment platforms and banking systems for facilitating such transactions, a stumbling block to its quest to save face and protect its honour.

As the miss was caused by western sanctions on Russia over its invasion of Ukraine, the country refused to accept it had defaulted, with Russia’s minister of finance referring to the development as “a farce,” the BBC said on Monday.

It could have implications beyond the immediate future given that the country does not seek funding from abroad as it enjoys vast oil wealth, Chris Weafer, who heads Macro Advisory, a consultancy with Moscow as its base.

He warned, however, that the situation could deteriorate for long if the war with Ukraine and the punitive measures from the west bite harder.

“This is the sort of action that will hang over the economy and make recovery much more difficult when we get to that stage,” he was quoted by the BBC as saying.

According to Russia, the $100 million interest payment was transferred to the bank Euroclear with the expectation it would be disbursed to creditors from there.

But no further progress has been made ever since then, with creditors yet to get their money.

Russian bonds, held by investors from Taiwan and priced in euros, have not had interest payments received on them, Reuters said on the basis of information from two sources.

The payment, due on May 27, now lags behind a 30-day grace period that expired on Sunday, making it a default.

Euroclear declined to comment on whether the transaction was stalled much as it admitted complying with every penalty that has been imposed since the beginning of hostility with Ukraine.

The Russian Federation refused to accept it defaulted.

“Everyone in the know understands that this is not a default at all. This whole situation looks like a farce,” Finance Minister Anton Siluanov said.

Roughly $20 billion of Russia’s debts are held by overseas investors and priced in either dollars or euros.

“Some parts of that debt will now become automatically due because there will be early repayment clauses in all debt instruments so if you default on one it usually triggers the immediate demand for payment on the other debts, so Russia could certainly face immediate debt repayment of about $20bn at this stage,” Weafer told the BBC.