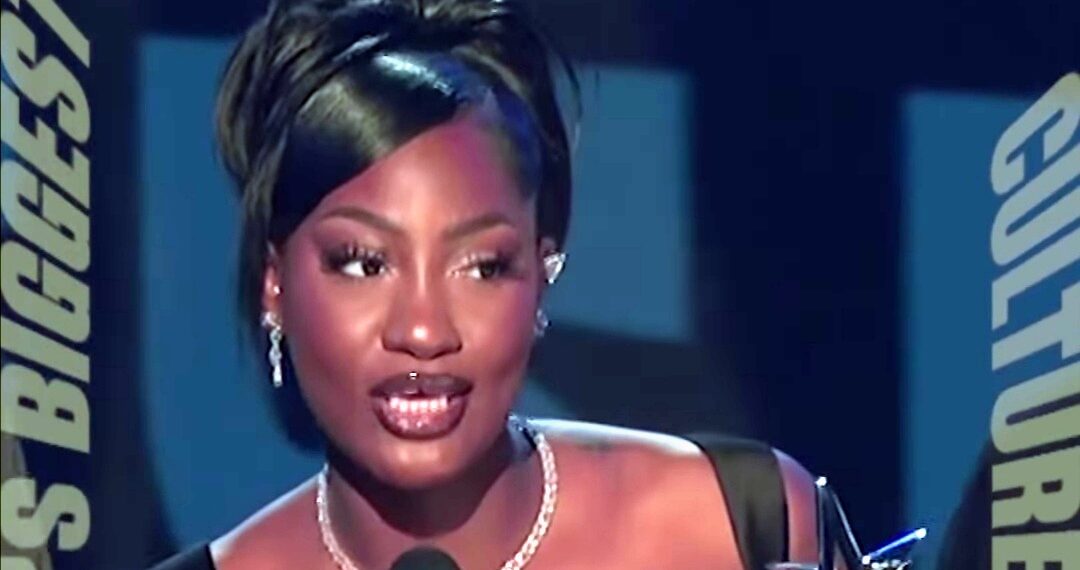 Tems' win comes two weeks after she was diagnosed with Reflux Laryngitis.

The famous Nigerian singer Temilade Openiyi, popularly known as Tems, has won the Best International Act at the 2022 BET Awards.

She also made history as the first Nigerian and African female musician to win the Best International Act at the BET Awards.

While receiving the award, she said:” It’s an honour. I mean, this is the first award show that I’m winning. I want to use this as an opportunity to speak to every single young, old, whatever, every single woman watching this, every single girl watching this at home where I’m from, things like this don’t happen.”

Tems’ win comes two weeks after she was diagnosed with Reflux Laryngitis.

Wizkid also made history when ‘Essence’ featuring Tems and Justin Bieber was announced as the best collaboration.

However, Wizkid lost the ‘Best male R&B/Pop Artist’ category to The Weeknd.

The 2022 BET awards was held on Sunday at the Microsoft Theater in Los Angeles.

Nigeria was well represented at the award, with Pheelz performing on the red carpet and Fireboy DML performing at the live event.

After gaining international recognition and a Grammy nomination for “Essence”, Tems has been featured on the albums of global superstars like Drake and Future.

After receiving her second platinum plaque in May, the fast-growing songstress joined Wizkid as the only other Nigerian artiste with two U.S. ploy m plaques.

Tems earned double platinum after American rapper Future took to Twitter to clarify the rian artist’s credit on the album.

Future featured Tems and Drake on the tractor eased on May 3.

It is the second single from Future’s ninth studio album, ‘II Never Liked You.’

Also, Tem’s song, ‘Essence’, was tagged the “summer song of the year 2021”, earning a remix with Canadian singer Justin Bieber.

Following her win at the 2022 BET awards, Tems joins Ice Prince, Wizkid, Davido, 2baba and Burna Boy as Nigerians who have won BET Awards in the past.

D’banj was presented with a BET award for best African artiste in 2011.

Ice Prince was surprised when BET award organizers mentioned his name as the winner of 2013 best African artiste award.