The goal is captured in the government's Human Capital Development strategy document launched Thursday by the National Economic Council (NEC).

The Nigerian government says it will work towards reducing the number of out-of-school children in the country by at least 70 per cent within the next eight years.

The goal is captured in the government’s Human Capital Development strategy document launched Thursday by the National Economic Council (NEC).

Nigeria has the highest number of out-of-school children in sub-Saharan Africa, estimated at 10.2 million children.

The report titled “ Strategy for accelerating Human Capital Development (HCD) in Nigeria and launched in Abuja on Thursday, highlights the key targets the Nigerian government is planning to achieve in three strategic areas–Health and nutrition, Education and Labour force by 2030.

According to the document, the HCD is envisioned to Provide equitable access to affordable and quality

healthcare for every Nigerian, Promote a quality,inclusive and functional education system and empower youth to have the capacity and skills to create or seek employment.

Amidst efforts to reduce poverty and achieve sustainable economic growth by 2030, the HCD programme was launched in March 2018 by the National Economic Council (NEC) at a special meeting convened for the purpose.

The NEC, which is led by the country’s vice president, Mr Osinbajo, and made up of the 36 states governors of the federation and the Governor of the Central Bank of Nigeria (CBN), Godwin Emefiele, conceptualised the initiative as part of efforts to demonstrate the significance of human capital development in addressing poverty and ensuring participatory and sustainable economic growth.

The programme is also proposed to increase investments in the Nigerian people and improve the human development indices of the country. Some of the key targets the Nigerian government aimed to achieve by 2030 include health and nutrition, education, and labour force.

Within eight years under the Health and nutrition sector the Nigerian government hope to improve nutrition and reduce childhood stunting by half, from 44 per cent to 22 per cent; Reduce under five mortality rate by half, from 120/1000 under five (years) population to 60/1000; and Reduce maternal mortality by half, from 576 deaths/100.000 live births to 288 by 2030.

Nigeria’s Vice President, Yemi Osinbajo in his remarks during the launch said Nigeria must invest in relevant skills and provide good paying jobs and opportunities for its youthful population.

The Vice president explained that by 2050, West Africa will have 650 million people. Of this figure, he said almost 400 million will be young people.

“We must provide quality basic education, healthcare and nutrition for them,” he said. 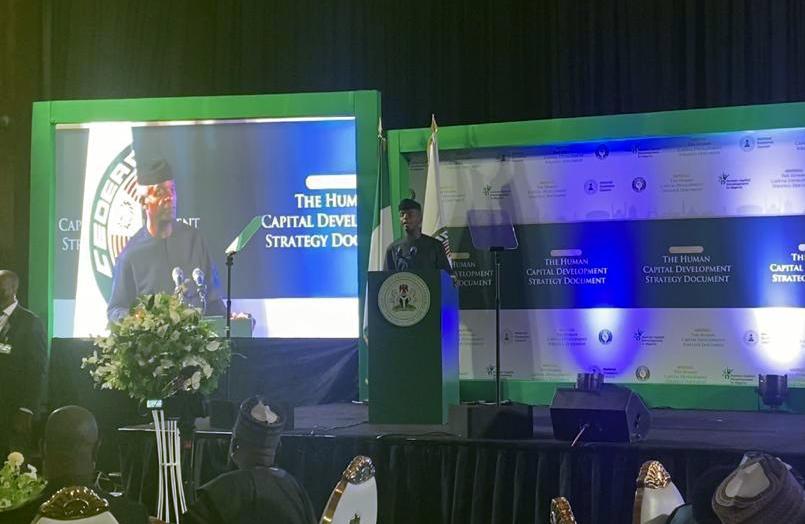 This, he said, is because inadequate nourishment results in suboptimal learning outcomes and a lifetime of disadvantage, especially in what is becoming a fiercely competitive Knowledge economy.

“Our most important targets and objectives, nationally and regionally, must be on the improvement of the quality of lives, living standards and livelihoods of our people—The happiness, security and general welfare of our populations. Clearly nothing else is as important,” Mr Osinbajo said. 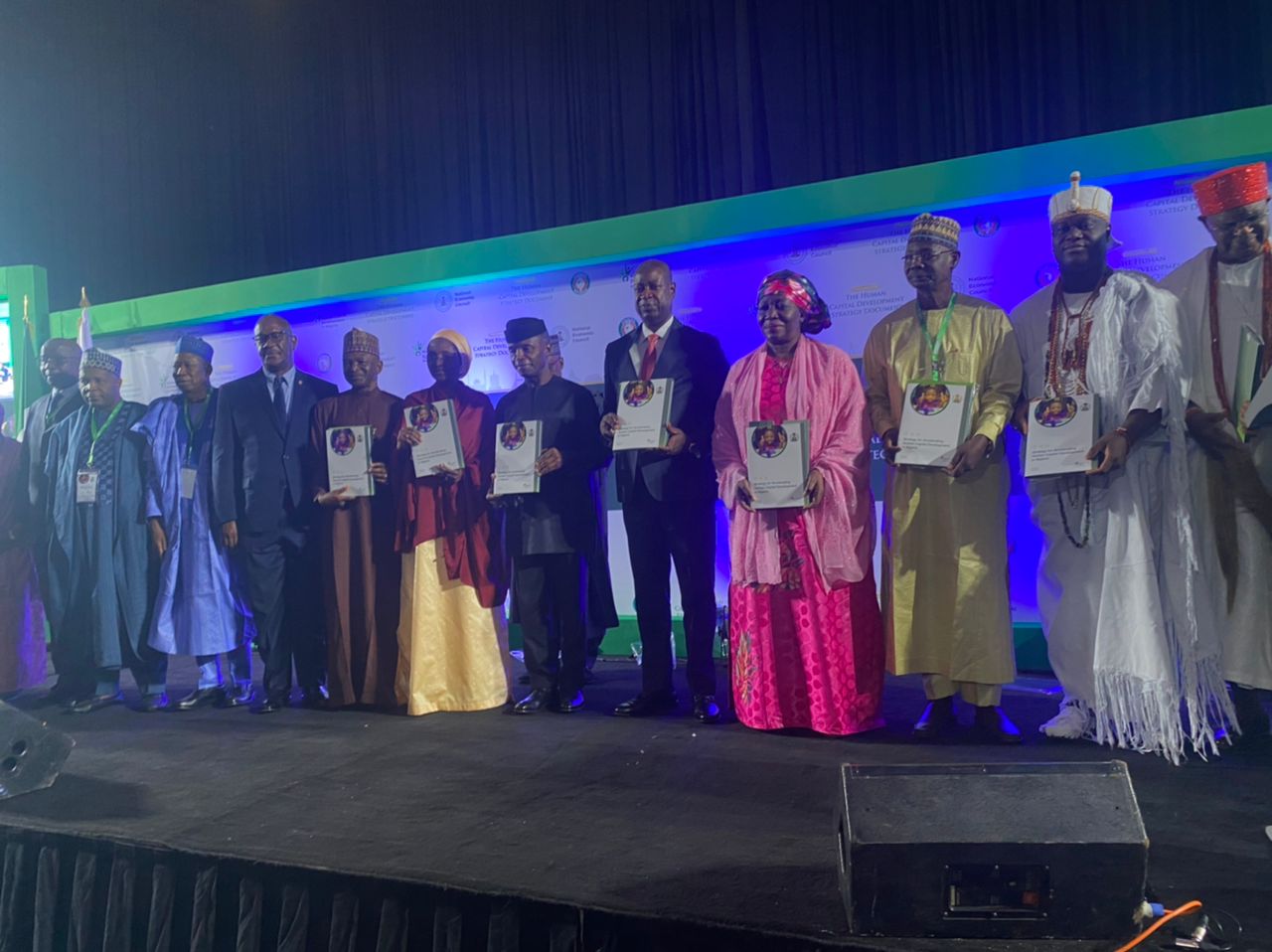 Finda Koroma, Vice president of ECOWAS Commission, in her submission said the development of the regional human capital development strategy has been participatory and inclusive. 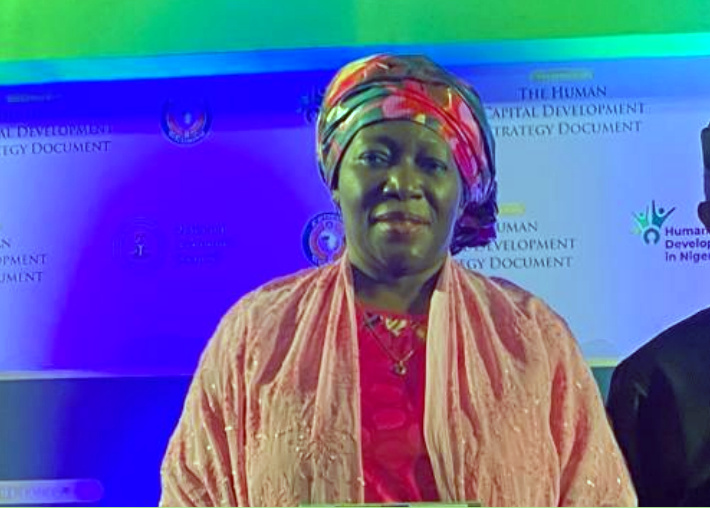 She said the strategy has been validated by sectoral experts and ministers prior to its adoption by states and governments.

In his remarks, World Bank Country Director for Nigeria, Shubham Chaudhuri, said there is no more important task for all of us than to invest in human capital. 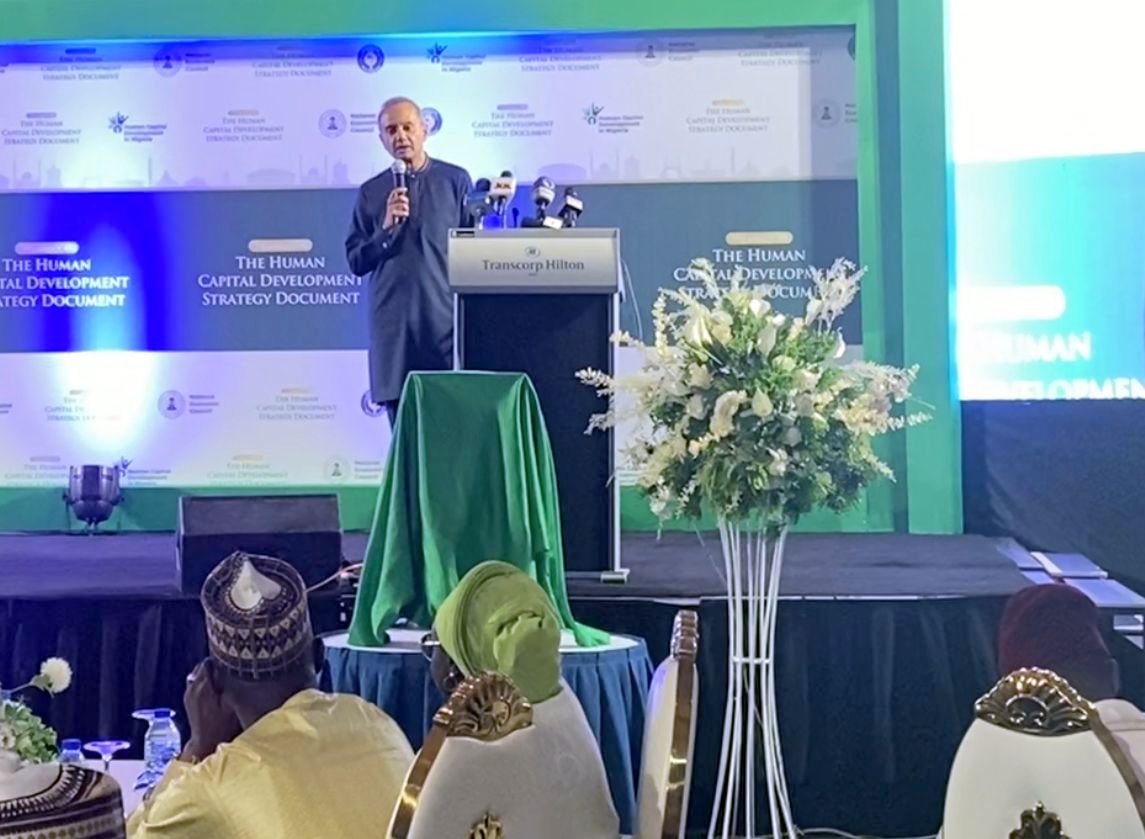 This, he said entails investing in people, young youth, women and girls of Nigeria and across the region.

“In Nigeria I think we have had close to 14 billion programmes of support for the government and almost 40 per cent is in these areas; primary healthcare, keeping girls and children in school and social assistance,” Mr Chaudhuri said.

In a similar manner, Adeyeye Ogunwusi, Ooni of Ife, in his address appreciated the NEC working group for carrying Traditional rulers along in the implementation of the HCD programme.

However, the traditional ruler said it is time to “work the talk.” 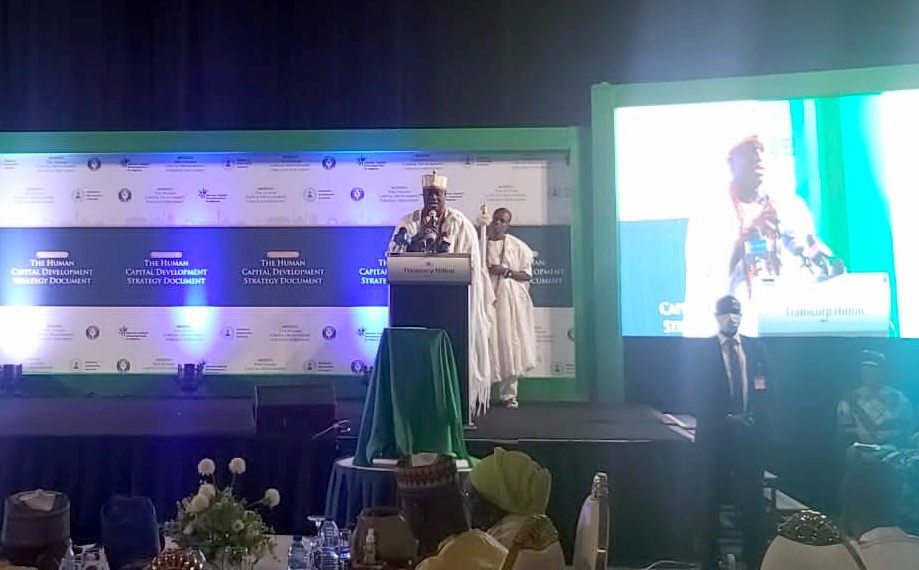 “We are very far from realities from our various communities and streets. So let us look at our Ecosystem within the confines of our country how well even we that are here are helping what is called human capital development,” Mr Ogunwusi said.

He said,” We are very used to giving handouts, teaching people how to fish is what should be very paramount to our dear lives and every day-to-day activities and not giving people fish.” 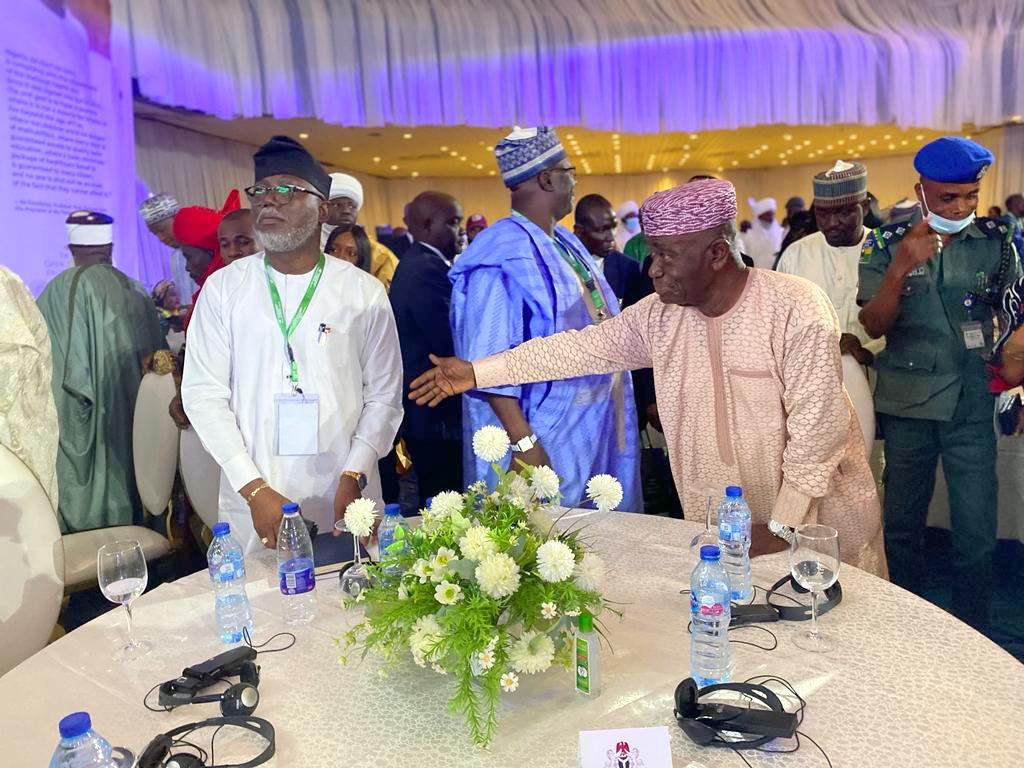