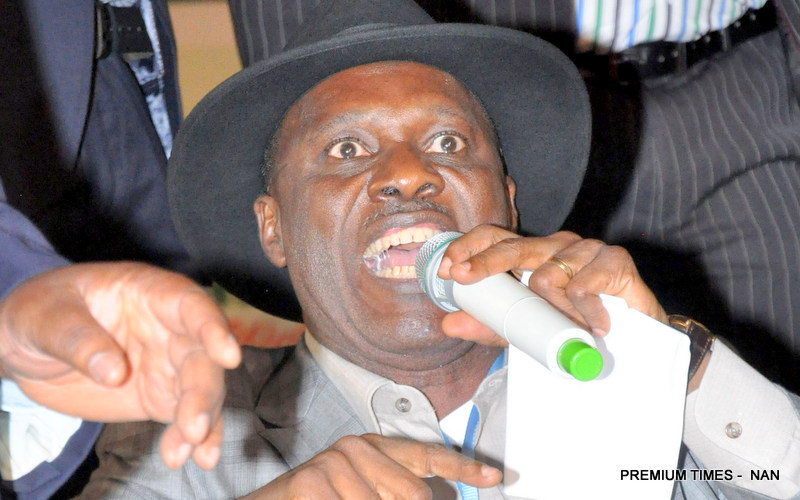 Mr Orubebe says "the present situation in the party does not inspire confidence that the party is ready to regain power in 2023."

A former minister and chieftain of the Peoples Democratic Party (PDP), Godsday Orubebe, has resigned from the party.

He made this known in a letter dated June 20 and addressed to the party’s National Chairman, Iyorchia Ayu.

“I am, by this letter, intimating you of my total withdrawal from all activities at the Ward, Local, State and National levels of the PDP,” he wrote.

Mr Orubebe said after the party lost power to the All Progressives Congress (APC) in 2015, he hoped that it would use the opposition period to re-strategise and take back power at the earliest opportunity.

“However, the present situation in the party does not inspire confidence that the party is ready to regain power in 2023,” he said.

He also berated the party for throwing open the presidential ticket in May – an act he described as a complete disregard for its constitution.

The PDP’s decision to throw open the presidential ticket, he said, created a situation that led to the emergence of a northerner as the party’s presidential flagbearer “thus making the two topmost positions in the party, after your emergence as the National Chairman, to be occupied by Northerners, contrary to section 7.3(c) of the party’s constitution.”

He went ahead to salute the Rivers State governor, Nyesom Wike, for his “efforts and gallantry at the primaries.”

“There are lots to be said, but out of respect for the party, I leave some stories untold at this time,” he added.

While he maintains belief in the sanctity of Nigeria, the former minister promised to continually work for her progress and development, “even if it is through another route.”

Mr Orubebe, a former minister of Niger Delta Affairs, is one of the aggrieved members of the party. He is one of those who are not pleased with the party’s leadership for throwing open the presidential ticket and for failing to pick Mr Wike as a vice-presidential candidate.

He is known for almost derailing the 2015 presidential election when he disrupted the announcement of results after he accused the former INEC chairman, Attahiru Jega, of bias.

He had dramatically seized the microphone for minutes insisting that Mr Jega was biased against the PDP and should suspend the announcement of the result.

He also accused the former INEC boss of promptly attending to complaints from the APC while disregarding those from the PDP.

He was also, in 2016, charged with corruption cases ranging from false asset declaration to the demand and collection of bribe.

Mr Orubebe is yet to disclose the party he will join next.