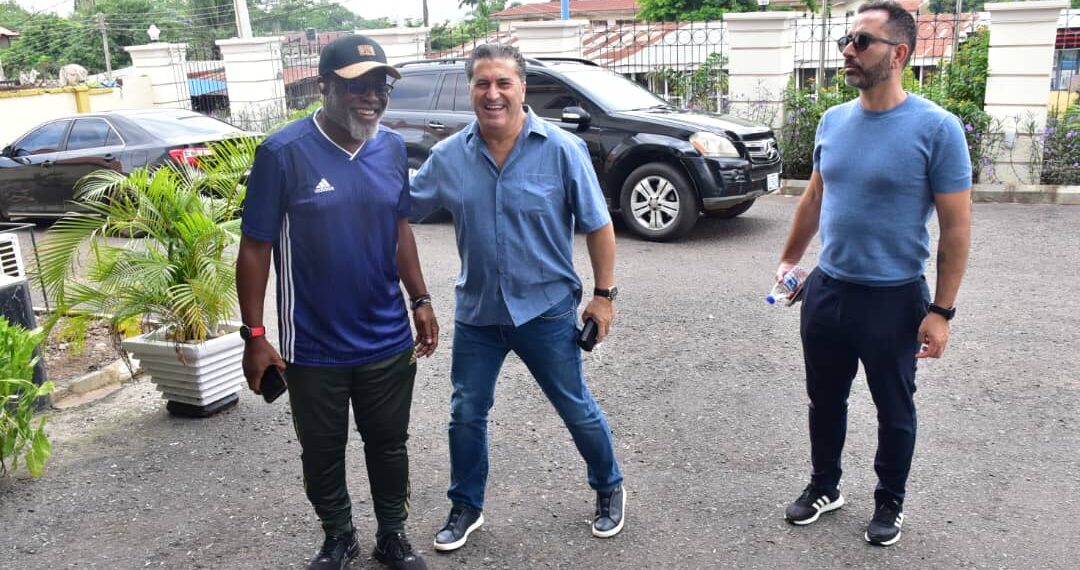 Peseiro is integrating NPFL players into the national team with eight invitations for the games against Mexico and Ecuador.

Peseiro, as stipulated in his contract, is mandated to watch league games in Nigeria in order to be able to fish out capable players for the national team.

The manager is gradually integrating a few already into the national team with eight invitations for the double friendly in the United States against Mexico and then Ecuador.

Peseiro also retained two players for the AFCON qualifying games against Sierra Leone and Sao Tome and Principe although the duo did not get to taste action in either of the games.

The Portuguese manager, who arrived with one of his assistants, was welcomed to Ilorin on Saturday by the Kwara United Chairman Kumbi Titiloye.

According to the Kwara United Chairman, Peseiro’s arrival is part of the initiative by the club’s management to promote the team and as well give the coach an avenue to have an insight on some of the NPFL Stars who will be on parade.

The last Super Eagles coach to attend Kwara United’s match in Ilorin was a former coach and NFF Technical director Augustine Eguavoen, who was live in the stands in the match involving Kwara United and Lobi Stars, earlier in February.

Sunday’s Matchday 34 fixture between Kwara United and Sunshine Stars is evenly poised as it pitches the sixth-placed team against the team in the seventh position with just one point between the two teams.

It is expected that Peseiro’s presence will spur the players to do even more as they now know they are on the national team’s radar and stand a chance of getting invited once they distinguish themselves from the crowd.