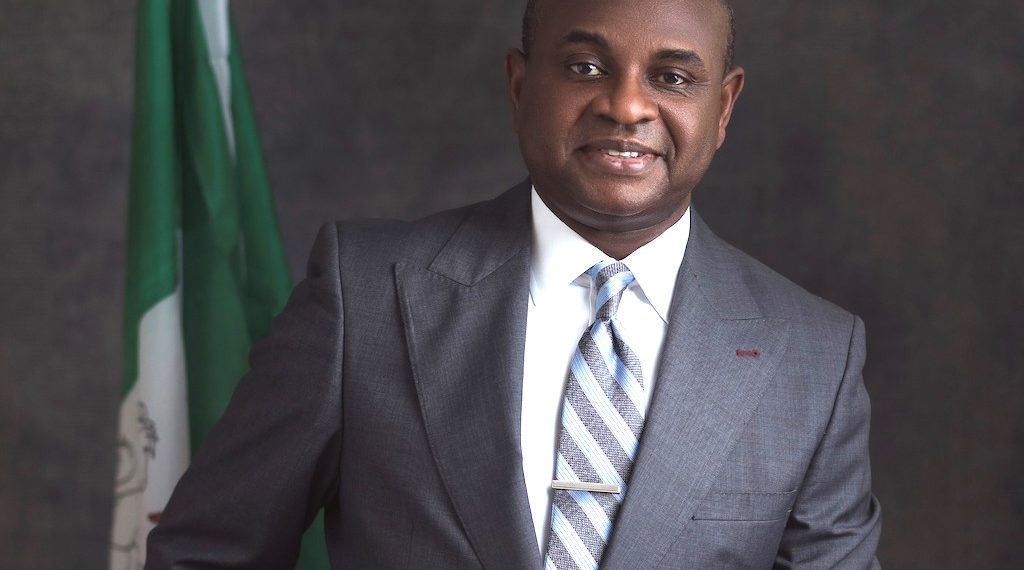 A former deputy governor of the Central Bank of Nigeria, Kingsley Moghalu

"I have resigned because the process and conduct of the party’s presidential primary on June 8, 2022 at Abeokuta revealed a fundamental clash of values between me and your leadership of the party."

A former Deputy Governor of the CBN, Kingsley Moghalu, has resigned his membership in the African Democratic Congress (ADC) days after losing his bid for the party’s presidential ticket.

Mr Moghalu lost in a primary held in Abeokuta, the Ogun State capital, on Wednesday, to the founder of Roots Television, Dumebi Kachikwu.

He polled 589 votes to come second behind Mr Kachikwu who scored 977 votes.

In his resignation letter addressed to the ADC National Chairman, Okey Nwosu, on Monday, the former CBN boss faulted the party leadership and the manner in which they handled the electoral process that produced Mr Kachikwu as the winner.

He said the exercise conducted by the ADC leadership was flawed with inconsistencies, similar to that noted within the ruling All Progressives Congress (APC) and the main opposition Peoples Democratic Party (PDP).

He added that the “process and conduct” of the exercise contradicts his values.

“I have resigned because the process and conduct of the party’s presidential primary on June 8, 2022, at Abeokuta revealed a fundamental clash of values between me and your leadership of the party,” he said.

Mr Moghalu accused the leadership of the ADC of reneging on its promise to provide a level playing field for all aspirants during the primary election.

“Despite the circular you issued a few days to the primary committing the party to provide transportation and accommodation for delegates to and in Abeokuta, and which as we agreed would provide a level playing for all the presidential aspirants, the party under your leadership failed to do so.

“Some aspirants, including myself, made donations to the ADC party account as requested by the party for this purpose. This failure, which appeared intentional, created room for massive abuses of the electoral process including delegate capture and financial inducement of delegates. This is only one of the numerous inconsistencies and the absence of transparency and predictability in the management of the party that I had progressively complained about.

“As you are well aware, I have consistently resisted pressures to join the APC or the PDP precisely to avoid “cash-and-carry” politics. For me to remain a member of the ADC therefore, after what thousands of party members participated in at Abeokuta, would be to endorse political corruption of a most obscene order,” Mr Moghalu disclosed in the letter.

Mr Nwosu could not be reached for comments.

Also, the National Secretary of the ADC, Said Abdullah, did not answer calls or text messages sent to his mobile telephone.

Having vowed to send the presidential candidates of the APC and PDP on political retirement if he emerged as the flagbearer of the ADC, Mr Moghalu’s dream of leading Nigeria has again suffered an early setback.

He lost his first presidential bid as the Young Progressive Party (YPP) candidate in 2019, the same party he dumped a couple of months after the last election.

Mr Moghalu, in his comment after joining the ADC in October 2021, said his then new party aligned with his political ideology.

Gunmen kill another man in Anambra, four days after his abduction