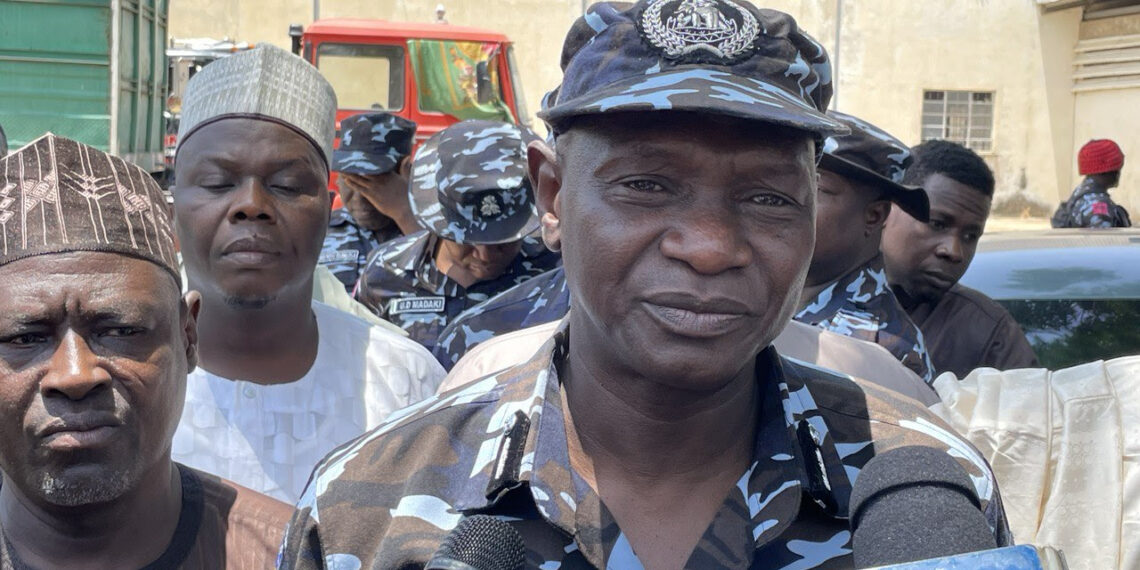 The Commissioner of Police in Borno state, Abdu Umar

At least 55 scrap metal collectors lost their lives in a series of attacks coordinated by Boko Haram insurgents in the last three weeks in Borno.

The Commissioner of Police in the state, Abdu Umar made this known while speaking on the sideline of a security stakeholders’ meeting on Saturday in Maiduguri.

The stakeholders comprised the Police, Army, Nigeria Security and Civil Defence Corps (NSCDC), and Department of State Security (DSS) among others.

The meeting was to deliberate and proffer a solution to the incessant attacks on scrap metal collectors in the state.

He said the victims sneaked into the forests, located about 25 kilometers from the towns without informing the security agencies for scrap metal collection.

He said that Governor Babagana Zulum directed security agencies to adopt proactive measures to stop the killings to forestall future occurrence of the incident.

“The state government is working to come up with a policy plan to checkmate these activities.

“This is because the government have had bad experience where infrastructure and individual vehicles, especially in liberated communities are being vandalised by scrap metal collectors.

“And it is surprising that the unions said none of the victims in Kala Balge and Dikwa were their members.

“The government is really concerned about the welfare and safety of every citizen, it set up a committee to check these activities with a view to fashioning out ways to forestall future occurrences,” he said.

Also commenting, Umar Usman, Chairman, Scrap Metal Association in the state, said the victims of the Kala-Balge and Dikwa attacks were not registered members of the association.

He alleged that the victims were Internally Displaced Persons (IDPs) in the affected communities.

According to him, the association is monitoring the activities of over 3,000 registered scrap metal collectors across 27 LGAs of the state.

The chairman further refuted the alleged vandalism of critical infrastructure by its members, adding that the association liaised with the security agencies and community leaders before transacting on scrap metals. (NAN)