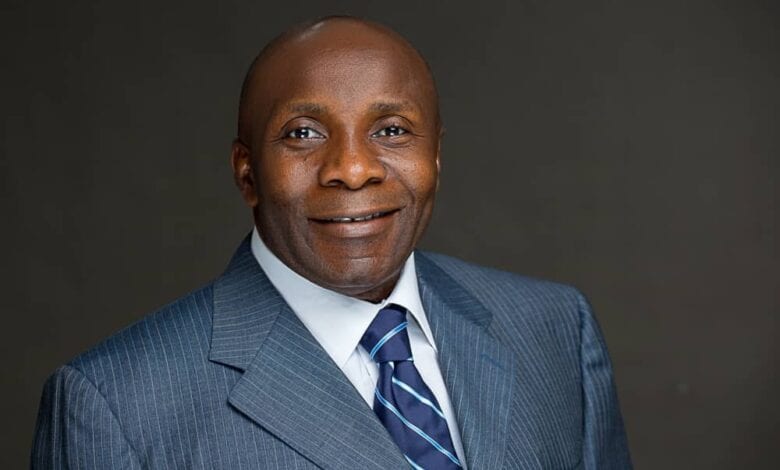 Mr Akpanudoedehe, for close to two decades, was the face of the defunct ACN, and later the APC in Akwa Ibom. His resignation, therefore, marks a turning point in the opposition politics in the oil-rich state.

The immediate past national secretary of the All Progressives Congress (APC), John Akpanudoedehe, has resigned his membership of the party.

The former secretary, who wants to run for the governorship of Akwa Ibom State, has been involved in a protracted political battle with a former minister of Niger Delta Affairs, Godswill Akpabio, over the control of the APC structure in the state.

Mr Akpabio, a former governor of Akwa Ibom, is an APC presidential aspirant.

A faction of the APC in Akwa Ibom that is loyal to Mr Akpanudoedehe was edged out of office under controversial circumstances by a man, Stephen Ntukekpo, who had forged the results of the APC Congress in Akwa Ibom to get a favourable court judgement at a Federal High Court, Abuja.

Mr Akpanudoedehe went to the Court of Appeal, Abuja, to challenge the judgement of the lower court, but he appeared frustrated by the support Mr Akpabio and his faction in Akwa Ibom were getting from the national leadership of APC.

The faction loyal to Mr Akpabio, a few days ago, outmanoeuvred Mr Akpanudoedehe and got Akanimo Udofia, a man who joined the APC in less than a month, to be elected the 2023 governorship candidate of the party in Akwa Ibom.

The Independent National Electoral Commission, however, did not monitor the primary that produced Mr Udofia. The commission has, therefore, refused to recognise the candidate.

“The decision to part ways with the APC is a tough one,” Mr Akpanudoedehe, a former senator, said in his resignation letter.

“But leadership entails adherence to the wishes of the vast majority of associates, allies and supporters who have shown fidelity over time and have now witnessed the obduracy the APC is handling the candidate selection processes in Akwa Ibom State,” he said.

He said, “Our greater goal of providing service to the people of our dear state remains sacrosanct.”

Mr Akpanudoedehe, for close to two decades, was the face of the defunct Action Congress of Nigeria, and later the APC in Akwa Ibom. His resignation, therefore, marks a turning point in the opposition politics in the oil-rich state.

“I will contest the 2023 governorship election in Akwa Ibom State,” the former senator told PREMIUM TIMES, Monday. “I am going to the New Nigeria Peoples Party.”