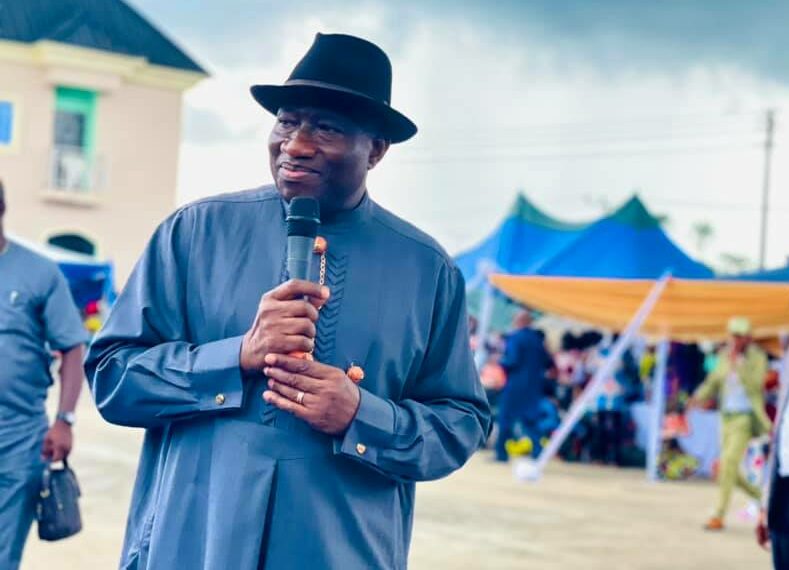 "Laws must not be made to target individuals or an individual. When you go into that system of making laws, you make this terrible mistake that has really messed up the whole primary going on."

Former President Goodluck Jonathan has faulted the National Assembly for allegedly making mistakes in the amendment of the Electoral Act, saying it has ‘messed’ up the ongoing primary elections across the country.

Mr Jonathan said laws must be designed to solve problems, not to create more.

He made these remarks on Thursday, in Abuja, at the book launch “Political Party Governance” written by Mohammed Wakil, a former Minister of State for Power.

There are speculations that Mr Jonathan may still run for president on the APC platform.

Although he rejected the nomination and expression of interest forms bought for him by some groups, it is believed that the forms were submitted on his behalf.

The National Working Committee (NWC) of the ruling party has also not been forthcoming on the exact number of aspirants to participate in the May 29-30 national convention.

Also, the party has postponed the screening of its presidential aspirants indefinitely. The screening would have afforded members of the public those running on the platform of the party.

Mr Jonathan faulted Section 84(8) of the Act which provides that only elected delegates can vote in a primary election.

“If you have not been involved in the primaries you will be happy or not be happy. For those of us who have been involved, it is terrible.

“The National Assembly made alterations in the electoral law. Now only what they call elected delegates that are to elect people that will be voted for. One day the whole of Nigeria will wake up and say they are electing a president, who presented these candidates for you, very few persons?.

“Let me use this opportunity to advise the National Assembly, that laws must be designed to solve problems, not designed to create problems. Laws must be made assuming that those making the laws are blind. Just like the judges.

“Laws must not be made to target individuals or an individual. When you go into that system of making laws, you make this terrible mistake that has really messed up the whole primary going on,” he said.

The two chambers of the National Assembly recently amended the section to include statutory delegates. The bill is believed to have been transmitted to President Muhammadu Buhari. However, it has yet to be signed into law.

Most of the parties have commenced their primaries with the use of elected delegates. So far, there have been reports of monetisation of the process.