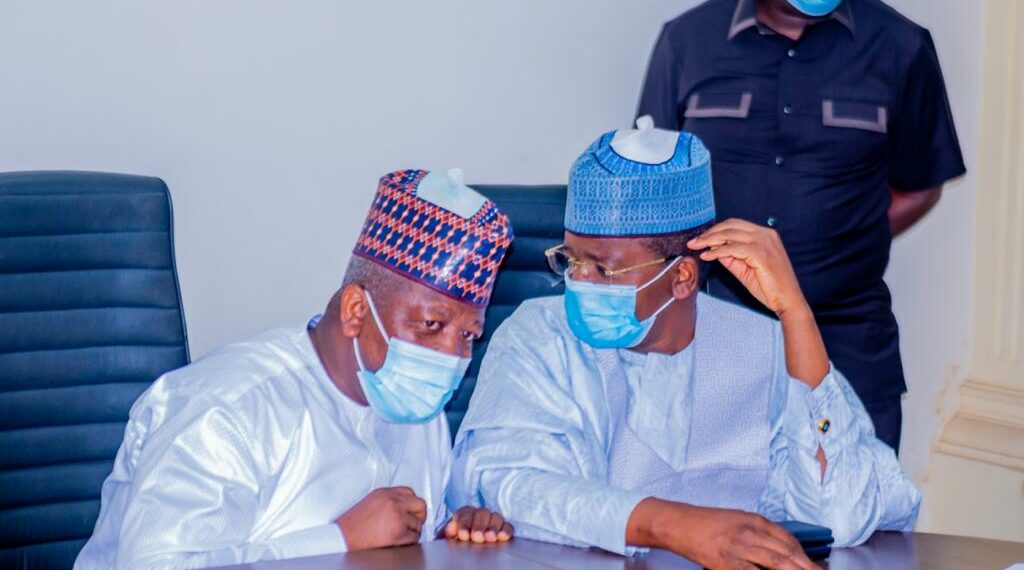 Before the peace meeting, Mr Yari and his team had threatened to leave the party and join the PDP.

The governor of Zamfara State, Bello Matawalle, and his predecessor, Abdulaziz Yari, have buried the hatchet and reconciled their differences ahead of the 2023 gubernatorial election in the state.

Both men are members of the All Progressives Congress (APC). They fell out over who was in control of the party structure in the state.

Mr Yari accused Mr Matawalle of highjacking the party in the state after he defected from the opposition Peoples Democratic Party (PDP).

Before the peace meeting, Mr Yari and his team had threatened to leave the party and join the PDP.

Mr Matawalle was sworn-in as governor on May 24, 2019 after the Supreme Court disqualified all the APC candidates in the state during the general election over the failure of the party to conduct valid primaries.

“As from today, Governor Bello Mohammed is the official leader of the Party in the state just as he used the power bestowed on him by the constitution to dissolve the State Executive of Party.

But Mr Yari who supported the party’s executive committee dissolved objected to the decision.

PREMIUM TIMES reported how Shamsu Kasida, a supporter of Yari’s faction, was beaten up and his car vandalised at Yantodo restaurant, an eatery close to the Government House in Gusau.

Mr Kasida is a staunch social media critic of governor Matawalle. He supports Kabir Marafa, a former senator and one of Mr Matawalle’s opponents.

Mr Yari’s camp has been protesting the way the former caretaker committee chairperson of the APC, Mr Buni, pitched tent with governor Matawalle who is a newcomer and sidelined the founders of the ruling party in the state.

Sources who are familiar with the peace deal told PREMIUM TIMES that it was brokered by the national chairman of the party, Abdullahi Adamu, at his office in Abuja.

According to one source, the meeting of the politicians started on Saturday and was concluded on Monday with Messrs Matawalle and Yari in attendance.

He said both groups agreed to resolve their differences and work together for the success of the party.

They also agreed to prevail on their supporters to adhere to their commitment to peace and mutual respect for all members in the state.

The former governor, Mr Yari, also agreed to abide by the party’s constitution which identified a serving governor as the leader of the party in the state.

According to sources, other issues agreed upon in the meeting were that Mr Yari will nominate appointees including the possibility of nominating a deputy governorship candidate for the 2023 election.

2023: Sylva to commence consultations as group buys APC presidential nomination form for him

2023: Sylva to commence consultations as group buys APC presidential nomination form for him