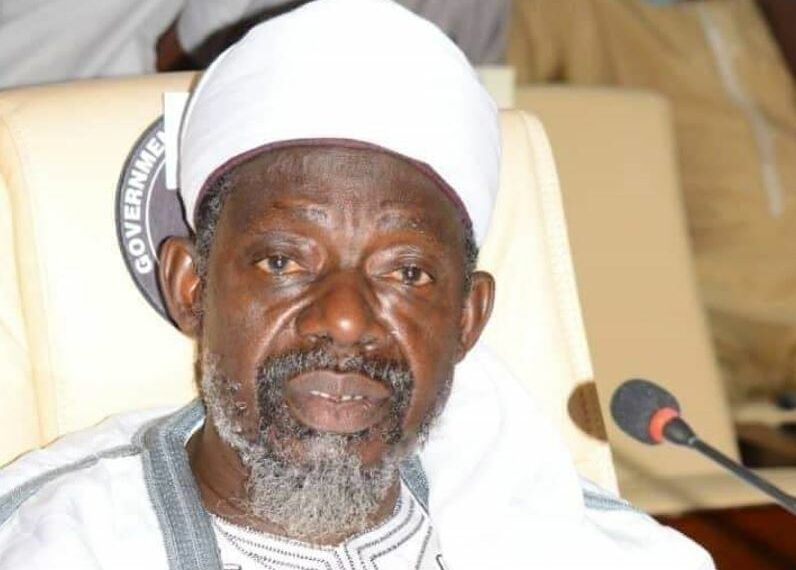 The Commissioner for Religious Affairs in Zamfara State, Tukur Jangebe

A government source said some top aides of the governor were angry with the preaching style of the commissioner.

The Commissioner for Religious Affairs in Zamfara State, Tukur Jangebe, has resigned his appointment after he allegedly learned of a ‘plan’ to sack him from the state cabinet following his ‘style’ of preaching some unnamed top officials of the state consider critical of the state government.

The commissioner, who is also a popular cleric in the state, was also accused of extolling a political opponent of the governor during his Ramadan sermons.

A top government official, who asked not to be named because he had no authority to speak with the media, told PREMIUM TIMES that the Islamic preacher got wind of a plan to sack or “disgrace” him after Eid celebrations so resigned before being ”officially sacked”.

When contacted by PREMIUM TIMES, Mr Jangebe, who spoke with this newspaper on the phone, confirmed that had resigned but refused to give further details when prompted.

“Yes, I’ve resigned from the government. I sent in my resignation letter on the 1st of May, 2022. You can write that. May God make it easy for all of us,” he said.

In the purported letter of resignation seen on social media, Mr Jangede thanked the governor of the state, Bello Muhammed, for giving him the opportunity to serve. He did not state the reason for resigning in the letter as well.

Meanwhile, Zailani Bappa, the media aide to the governor of the state, said he had seen the “purported” resignation letter on social media but is yet to be briefed officially.

“I’ve also not heard his voice on any radio confirming the said resignation so, I’ll assume it’s still a rumour,” Mr Bappa said.

However, the immediate past chief press secretary to the governor, who is now the publicity secretary of the ruling All Progressives Congress (APC) in the state, Yusuf Idris, said the commissioner resigned to contest for a political office in 2023.

“If you observe, commissioners from Sokoto, Kano, Kaduna and Katsina have been tendering their resignation letters because they have the interest to contest, and I think that of Jangebe is not an exception,” he said.

But the government source insists some of the governor’s top aides were angry with the ”preaching style of the commissioner”.

“You know how Malam is. He is used to being blunt in a humorous way. I, just like most of the state officials, were always at the sermons on the evening and we hear how he conducted his preaching as usual,” he said.

According to him, even in 2021, some appointees of the governor complained that Mr Jangebe didn’t use the opportunity to promote the governor’s image to the large audience that usually attend his sermons.

“But you know His Excellency when he likes you, he hardly allows anyone to paint you black. But to be honest with you, all of us were angry with his preaching this year because he was always praying for our opponents and you know this is politics. If as a commissioner, he can resort to applauding our opponents while at the same time criticising the government he belongs to, I don’t think it’s okay for him to remain on that seat,” he added.

He said there was a ‘plan’ to sack Mr Jangebe immediately the governor returned from Saudi Arabia where he went to perform Umrah.

Not new to controversies

Mr Jangebe was first appointed commissioner in 2007 by a past governor of the state, Mahmud Shinkafi.

Mr Jangebe, however, continued his annual Tafsir (Quranic Translation) sessions in the Muslim Foundation Mosque, which is the official praying mosque for state officials.

In 2010, Mr Shinkafi sacked him but made him an adviser in the Quranic schools allegedly over his critical sermons. But that did not stop him from continuing his criticism of the governor.

In an interview with BBC Hausa monitored by Premium Times, Mr Jangebe said he uses humour to drive his message home.

“I use humour to send messages across to the people and they only get to know what I mean when I leave. I don’t hurt anyone’s feelings but what I do is to ensure that I say what Allah and His Messenger said,” he said.

During the just-concluded Ramadan fasting, Mr Jangebe prayed for the end of banditry in Nigeria’s troubled North-west region. He, however, never stopped calling on the the well-to-do to help the poor.

In one of his sermons this year, Mr Jangebe called on the state government to release funds for the less privileged to ease their plight during the Ramadan period.

“There is poverty in the land,” he said. “I, therefore, call on the government and well-to-do individuals to bring out their money and help the people. It’s not easy. Life is hard for the common man and it’s a duty upon you to ensure your brothers and sisters also share in the joy of Ramadan.

“How could anyone be happy when he has nothing to eat? Therefore, bring our money and feed the poor among you,” he had said in one of the sessions this Ramadan.

Mujittaba Bakura, a follower of the cleric, said it was possible the government was ‘angry’ with the cleric for praying for a certain politician.

“In the last days of the fasting month, there was a day that Malam prayed and asked us to pray for Dauda Lawal because he brought a lot of money to the mosque. The money would be used for the upkeep of the mosque and the foundation which caters for orphans and other less privileged.

“You know how Malam is, so he said it after the session that Dauda Lawal has brought money and it has been handed to the foundation committee and we prayed for Dauda,” Mr Bakura said.

Mr Lawal is a former Executive Director at the First Bank and contested for the governor’s seat in 2019 under the APC. He is seen as one of the governor’s arch-rivals.

With my candidacy for president, help is on the way for Nigeria, By Kayode Fayemi