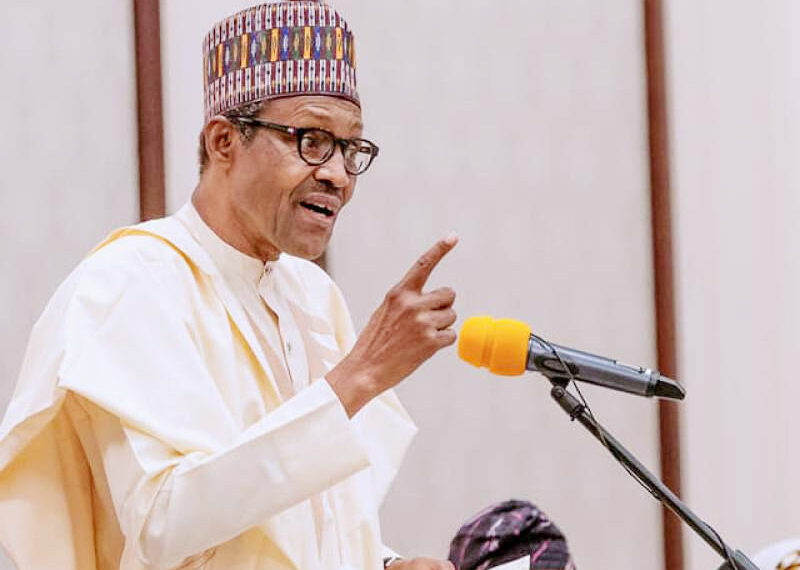 ‘‘Without mass, popular support to our hard working Armed Forces, it will take us much longer to finish off the successful war we are waging against terrorism, banditry and kidnapping."

President Muhammadu Buhari has urged all political parties in the country to keep elections and election-related differences aside and join the administration’s drive to defeat insecurity in the country.

Femi Adesina, Mr Buhari’s spokesman, in a statement late Tuesday night, said the president made the call at an Iftar dinner with members of the business community and the leadership of political parties in Abuja.

The presidential aide quoted the president as describing insecurity as a ‘‘common enemy’’ bedevilling the country.

The president said: ‘‘Without mass, popular support to our hard working Armed Forces, it will take us much longer to finish off the successful war we are waging against terrorism, banditry and kidnapping.

”Our country must be kept safe for progress and prosperity to be entrenched.

‘‘I look forward to seeing the reflection of this spirit in the relationship between the parties and the government, especially as the electioneering season will soon be on us.”

Mr Buhari recounted that last week the National Executive Committee ( NEC) of the All Progressives Congress (APC) had a tremendous success at its meeting, ending with a clear message that the party would continue to push for the establishment of democratic principles at all levels.

‘‘Today, we can proudly say that we have a political system that allows political parties of all views and persuasions, reflecting the diversity of our nation to co-exist, and contest for elections at all levels of government without fear or institutional bias and pressure.”

On ease of doing business in the country, President Buhari revealed that his administration had done exceedingly well in improving the business climate.

He, therefore, urged the private sector to complement government’s effort in poverty reduction and job creation for the young people.

‘‘No administration has done as much as we have done in the creation of a climate best suited for business, big and small, to thrive.

‘‘The ease of doing business index that is globally recognized has acknowledged that the ease with which business is carried out in the country has never been better than it is today. We will continue to make it better.

‘‘We will equally continue to count on the support of the private sector to improve economic growth and create new job opportunities for our teeming population.

‘‘Employment is critical to stability and prosperity of our country. Government and the private sector, working together, have an opportunity to transform the lives of people in ways that was hard to imagine in the past,’’ he said.

The National Chairman of the APC, Abdullahi Adamu, who spoke at the event, urged leaders of political parties to make firm commitments towards peaceful and successful 2023 general elections, and challenged them to work in unison to achieve the purpose.

According to him, as leaders, leadership demands that they take responsibility in ensuring peace and stability and inspiring the party faithful and Nigerians to conform to the laws of land in matters relating to electioneering and the elections.

Speaking on behalf of leaders of other political parties, Yusuf Yabagi, the Chairman of Action Democratic Party (ADP), who described the president as a true democrat, said the Iftar event and the invitation by the president has introduced ‘‘credibility, respect and admiration in the polity’’.

Mr Yabagi, who is also the Coordinator Inter-Party Advisory Council (IPAC), said:
‘‘The fact that political leaders of various political parties are sitting with you today speaks volumes that you are truly a democrat and believe in the project of growing democracy in this country.”

He announced that IPAC was preparing to give the president an award as ‘‘Hero of Democracy’’, citing the historic signing into law of the Electoral Act, describing it as a paradigm shift that would guarantee peaceful, acceptable and all-inclusive elections in the country.

‘‘Mr President, history beckons on you. 2023 is going to be your glorious exit. That is our prayer and for that to happen you have to take charge of every activity that matter in the exercise’’.

The IPAC Coordinator, who commended INEC for innovation and reforms towards ensuring credible elections, appealed to the president to look into the role of security agencies in the forthcoming general elections.

‘‘Members of IPAC are worried by the programme of INEC that elected candidates will spend 10 months campaigning around the country. That is a herculean task.

‘‘We also want the president to consider the appointment of a Political Liaison Officer,’’ Yabagi said.

He noted that the office would ensure better coordination between the president’s office and political parties.

Commenting on the type of leader Nigeria needs after President Buhari, a representative of the business community and Group Managing Director, Sahara Group, Kola Adesina, said the next president of Nigeria must carry ‘‘the banner of hope for a new Nigeria , not a banner of self.’’

‘‘We are transitioning and I want to respectfully ask the President that anybody who comes around to show interest in leadership, you must ask them for their manifesto. Not what they want to do but how they want to do it.

‘‘The challenge has always been how, not what,’’ he said.

Mr Adesina, who thanked the president for sustaining investments in infrastructure across the country, including the Second Niger Bridge, the East-West Road, among others, stressed the need for continuity by the next government.