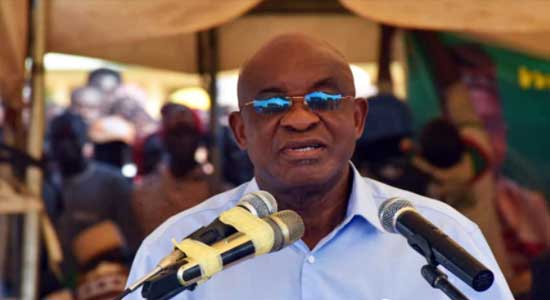 The presidential screening, according to the communique, will hold at the Legacy House, Maitama, Abuja on April 29.

The former Senate President, David Mark, has been named the chairman of the presidential screening committee of the Peoples Democratic Party (PDP).

The nine-member committee was announced in a communique signed by the party’s National Organising Secretary, Umar Bature.

The presidential screening, according to the communique, will hold at the Legacy House, Maitama, Abuja on April 29.

The announcement comes about three days after the party ended the sale and submission of expression of interest and nomination forms.

The David Mark-led panel is expected to screen at least 17 presidential aspirants who had purchased and submitted the forms before the deadline.

The PDP has also constituted the presidential screening appeal panel. The panel is headed by the National Chairman, Iyorcha Ayu.

The 25-member committee is made up of the National Working Committee of the party and six members of the Board of Trustees (drawn from the six geopolitical zones).

The PDP also announced 36 State Houses of Assembly and National Assembly screening panels as well as the screening appeal panels.

Mr Bature also noted that all State Houses of Assembly and National Assembly screenings shall hold at the state capital of each state on April 27 – save for Anambra.

“In the case of Anambra, the State House and National Assembly screenings shall hold at the national secretariat, Wadata Plaza, Abuja.”

All screening appeals will hold on May 3, the party stated.