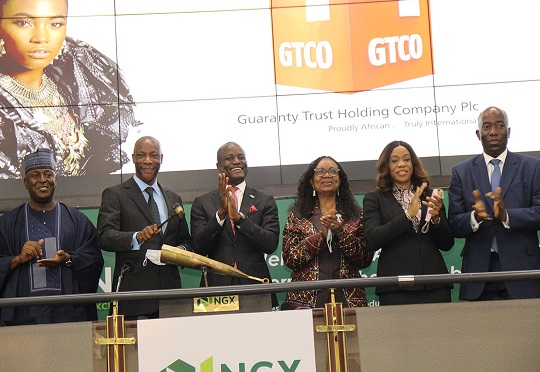 The index now stands at its highest point in more than thirteen years and seven months.

Nigerian stocks Wednesday saw one of its biggest daily surges in weeks in extension of their newfound upturn, bringing the benchmark index higher by 1.25 per cent or N319.6 billion. But a slide in turnover almost by half and a 4 per cent contraction in transaction volume limited what would have been an altogether impressive performance.

The index now stands at its highest point in more than thirteen years and seven months.

Oil marketer Eterna Oil, in which unlisted Rainoil secured a controlling stake (61 per cent) in November, appreciated most of the 116 equities partaking in Wednesday’s trade as activity in the stock intensified, having announced the day before it would launch a mandatory tender offer to acquire at a premium 1.3 million shares from its shareholders at N13.50 per unit.

The stock, which had seen no price movement since the start of the month rose 10 per cent to N5.50.

Market breadth, a signal of investors’ sentiment towards trade, was positive as 28 gainers were recorded compared to 21 laggards.

FOR THE RECORDS: Members of presidential committee that advised Buhari to pardon Dariye, Nyame