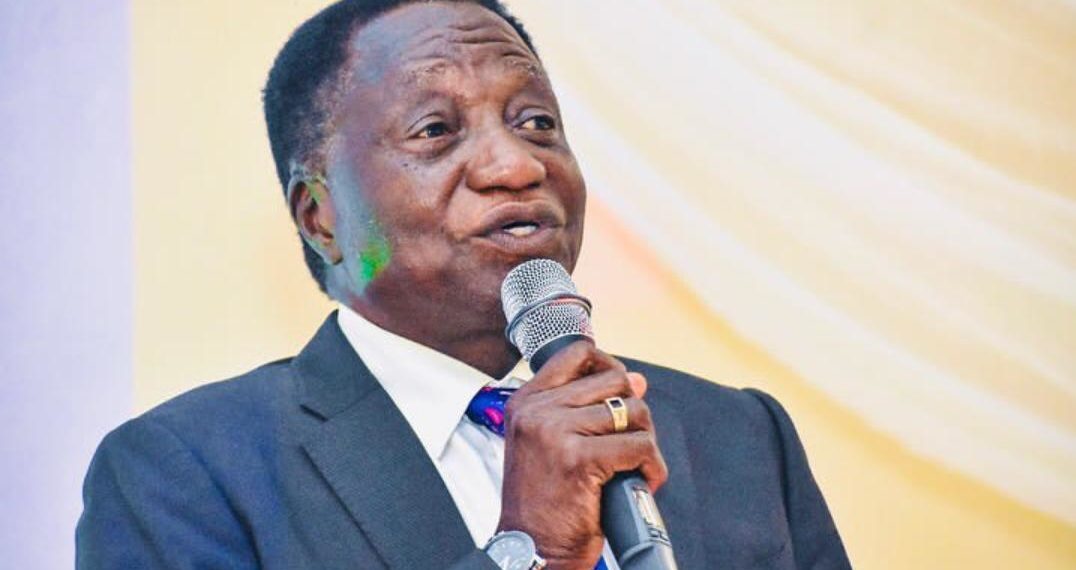 A prosecution witness has narrated how a former Registrar of the Joint Admission and Matriculation Board (JAMB), Dibu Ojerinde, allegedly set up a radio station with N15 million diverted from the examination body.

Najeem Sanusi, a retired air commodore, was testifying at the Federal High Court Abuja, where Mr Ojerinde faces 18 charges of official corruption filed against him by the Independent Corrupt Practices and other related offences Commission (ICPC).

ICPC gave an account of the proceedings in a statement on Thursday.

Mr Sanusi, who described himself as a co-owner of the radio station, said it was incorporated as Ifelodun Communications and cited in Mr Ojerinde’s hometown, Oke-Ogun, Oyo State.

According to him, the radio station was located in a compound where Mr Ojerinde’s late mother also lived, adding that an adjoining plot of land was purchased to accommodate the mast and antenna.

Taking a walk down memory lane, Mr Sanusi told the court how he proposed the idea of establishing the radio station to Mr Ojerinde in 2015.

He testified that the former JAMB boss welcomed the idea and immediately invited his lawyer, Peter Oyewole, to a meeting.

He said the defendant subsequently instructed a JAMB account officer to issue bank drafts of N15 million to procure the radio licence.

“The defendant then called Jimoh Olabisi who happened to be an accounting staff of JAMB and in a meeting in his house in Maitama, Abuja, he said that any matter related to financial issues should be directed to Mr Jimoh.

“Subsequently, Mr Jimoh gave me bank drafts of N15 million to pay NBC as part of the requirements for obtaining a license. I paid the draft to NBC, gave original documents to Jimoh Olabisi, and kept photocopies of the documents for my records,” he said.

“We agreed in the meeting held in his house that the name of the company should be Ifelodun Communications and we should go ahead and register the company with his name because that is the prerequisite for obtaining a license from NBC.

Led in evidence by ICPC’s prosecuting counsel, Olubunmi Olugasa, the witness who is a former Provost Marshal of the Nigerian Air Force, said Mr Ojerinde later used his son, Olumide Ojerinde, a serving member of the House of Representatives, to procure studio equipment and mast for the radio station.

ICPC had arraigned him at the Federal High Court in Abuja in July 2021 on 18 counts involving the diversion of N5.2 billion in public funds during his time as the registrar of the National Examination Council (NECO) till his time as JAMB’s chief executive.

The prosecution tendered documents including photocopies of the agenda for the meeting held with the defendant on the establishment of the radio station as well as bank drafts for the licence paid to NBC as exhibits.

Defence lawyer, Ibrahim Ishiyaku, opposed the admissibility of the documents, arguing that the prosecution failed to lay a proper foundation for tendering the photocopies of the documents instead of the original.

ICPC counsel, Mr Olugasa, defended the admissibility of the exhibits arguing that they were personal copies of the witness and bore the signatures of the witness. He cited section 57 (c) of the Corrupt Practices and Other Related Offences Act, 2000 to back his position.

The trial judge, after listening to arguments from both parties, adjourned the matter until June 7 and 8, 2022 for ruling on the admissibility of the documents and continuation of the trial.

Mr Ojerinde’s troubles began after his exit as ex-JAMB chief on August 1, 2016.

His successor, Ishaq Oloyede, after assuming office, began to remit unspent revenues to the tune of N5 billion, a feat that was never thought to be possible in the previous years.

This sparked suspicion around Mr Ojerinde’s handling of the organisation’s funds during his time as the JAMB’s head.

Investigations by the ICPC subsequently traced many properties acquired in different states allegedly with proceeds of funds diverted from NECO and JAMB to him.

PREMIUM TIMES reported in April 2020 how multi-billion-naira worth of assets allegedly linked to the proceeds of the alleged fraud were confiscated from him by the ICPC.

The assets seized from him included schools, filling stations, and houses located in different parts of Ilorin in Kwara State, Ibadan and Ogbomoso in Oyo State, Ile Ife in Osun State, and Abuja.

ICPC had arraigned him at the Federal High Court in Abuja in July 2021 on 18 counts involving the diversion of funds during his time as the registrar of NECO till his time as JAMB’s chief executive.

PREMIUM TIMES reported how ICPC opened its case in February after the breakdown of plea-bargain talks Mr Ojerinde had with the anti-graft agency.