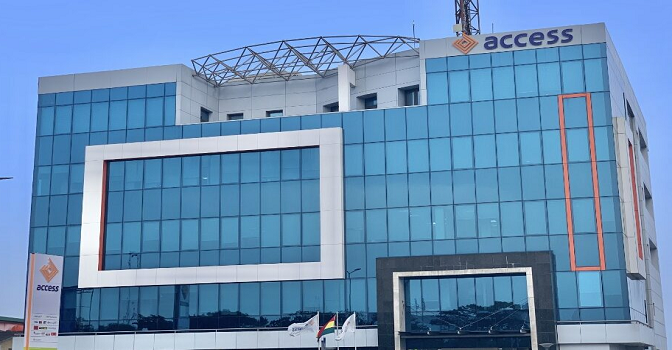 The holdco structure means the lender now has the latitude to branch out into other financial services outside its core banking operations.

Access Bank completed the last mile of its evolution to a holding company on Monday, with its entire 35.5 billion outstanding shares delisted from the daily official list of the Nigerian Exchange and relisted under a new parent company to be known as Access Holdings PLC.

At least 19 months in the works, the holdco structure means the lender now has the latitude to branch out into other financial services outside its core banking operations at a time depressed earnings from commercial banking is forcing Nigerian banks to diversify or expand, a luxury not available under the former model.

The holdco mode allows the parent company to hold a controlling stake in all the subsidiaries under its purview without interference in their everyday running.

It also frees each of the companies in the group from the liability or debt settlement obligation of another company in the event that the latter becomes insolvent.

Access Holdings, through the transition, joins the fray of FBN Holdings, Stanbic IBTC Holdings, the FCMB Group as well as Guaranty Trust Holding Company, which all have earlier adopted the structure. Sterling Bank is also close to consummating a similar transformation.

Access Holdings, Nigeria’s biggest lender by assets, plans to strengthen its services in countries with stronger currencies out of the sixteen markets it operates in including the United Kingdom, Kenya, Botswana and Ghana in order to stabilise earnings in its home market, CEO Herbert Wigwe said at a recent investor call.

The financial institution’s total assets enlarged 35 per cent to N11.7 trillion last year, from a year earlier, according to its earnings report. On Monday, the lender announced key appointments across the boards of both the commercial banking arm and the group.

He held the deputy managing director position since 2017, prior to which he was an executive director of the bank’s commercial banking division.

A graduate of Banking and Finance from University of Nigeria Nsukka, he holds an MBA from IMD Business School, Switzerland, a master’s degree in International Corporate and Commercial Law from King’s College, London and an MBA from Cheung Kong Graduate School of Business.

Mr Ogbonna will also serve as a non-executive director on the board of Access Holdings.

Mr Etuokwu has a roughly 30-year experience in banking encompassing retail banking, operations, IT as well as business development.

He began his career at Citibank Nigeria. He joined Access Bank in 2003, becoming an executive director in 2012. Mr Etuokwu holds a Bachelor of Science degree in Business Administration and an MBA from University of Ibadan.

Ms Okoli started her professional career in 1992 as an executive trainee in the defunct Diamond Bank, becoming an executive director in 2016.

She is a graduate of Law from University of Benin and holds an MBA from Warwick Business School, UK.

Mr Wigwe, a graduate of Accountancy from University of Nigeria Nsukka, started his career as a management consultant at Coopers and Lybrand, Lagos, later becoming a chartered accountant.

Mr Wigwe has more than three decades of banking experience and was an executive director at Guaranty Trust Bank before joining Access Bank.

He holds a Master’s degree in Banking and Finance from the University College of North Wales, a Master’s of Science degree in Financial Economics from University of London and is an alumnus of Harvard Business School Executive Management Programme.

Mr Osunkoya’s over 30 years’ experience cuts across accounting, banking as well as asset leasing and consulting. He is the managing partner at Abax-OOSA Professionals (Chartered Accountants).

Mr Osunkoya started his career at Premier Hotel Limited, Ibadan in 1984 during the mandatory National Youths Service Corps programme. He joined Abacus Merchant Bank in 1989, rising to the position of manager. He was a general manager at Konsuma Credit Limited between 1993 and 1995.

Mr Osunkoya holds a Bachelor of Science degree from University of Lagos and is a fellow of Institute of Chartered Accountant of Nigeria.

One feared killed as gunmen open fire on commuters in Enugu