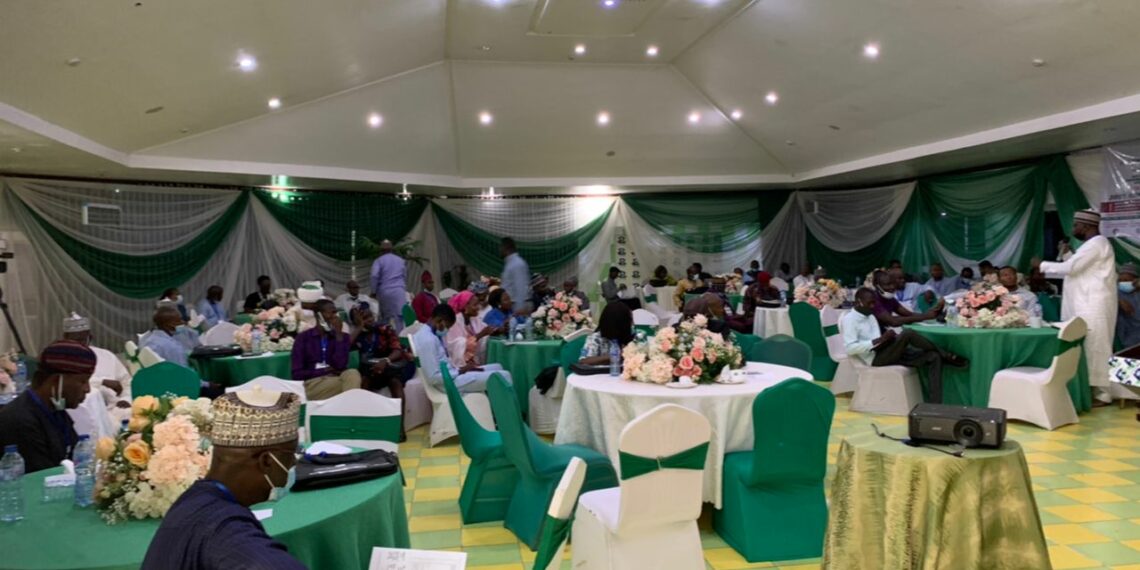 The event was organised by the Population Association of Nigeria (PAN) in collaboration with the Partnership for Advocacy in child and family health @Scale ( PACFaH@Scale).

To prevent population explosion in Nigeria, the country must create more awareness about the importance of family planning.

This was the consensus when some members of the Partnership for Advocacy in child and family health @Scale (PACFaH@Scale), health experts and policymakers met at a one-day panel session in Abuja on Tuesday.

The event was organised by the Population Association of Nigeria (PAN) in collaboration with PACFaH@Scale, a Bill and Melinda Gates funded project, anchored by the development Research and Projects Centre (dRPC).

Speaking at the event, the Director, Family Health Department, Federal Ministry of Health (FMOH), Salma Kolo, said family planning is one of the most effective methods of controlling Nigeria’s population growth.

Ms Kolo said most women are not adopting family planning methods due to a lack of awareness.

She said it is important to educate women and girls, especially those in rural communities that the benefits of using family planning outweigh the risk of not using it.

“Apart from the fact that it guarantees the mother’s health, it is a way of empowerment for the women and their families. It is also a way for sustainable development and economic empowerment,” she said.

Ms Kolo said that it has been scientifically proven that every pregnancy after four children is a risky pregnancy.

“Evidence shows that some mother dies after the fourth pregnancy and pregnancy that is also undergone by a mother older than 35 years is risky.

“Pregnancy that is too early as a result of early marriage is also a risky one because the girl is grossly immature,” she said

Several estimates, including that of the National Population Commission (NPC), pitch Nigeria’s population at about 200 million, a number expected to double in less than 25 years if Nigerian women continue to reproduce at the current rate.

But the population growth is not matched by economic growth, especially in infrastructure and job opportunities. This has been identified as a major factor in the security, poverty and other crises that have befallen Africa’s most populous country.

The Nigerian government had foreseen a population crisis almost a decade ago and identified family planning as a way to slow down the burgeoning population and reduce the high maternal and child mortality rate.

The country is however struggling to put a substantial number of women on modern contraceptive usage.

Ms Kolo said Nigeria is experiencing a security crisis, poor infrastructure, high poverty level among others, partly due to its booming population.

“Are we going the right way in terms of quality of children produced? … Nigeria does not have enough resource capacities to handle the population explosion,” she said.

In her remarks, the Executive Director, International Society of Media in Public Health (ISMPH), Moji Makanjuola, said the consequences of population explosion especially for women in the country is terrible.

Ms Makanjuola said there is no state in Nigeria where children are not seen roaming the streets during the day and young women coming out at night.

“In terms of us looking at the crises we have; we have to look at the government and ensure they give an account of the policies they made,” she said.

The Chairman of the Association for the Advancement of Family Planning (AAFP), Umar Jabbi, said the government must engage traditional rulers and communities leaders to effectively introduce family planning to the people.

Mr Jabbi said traditional rulers are the custodian of customs and traditions and they help bridge the gap between service providers and people in the communities.

“We sensitise people and educate them, we reach out to them through various activities to know the benefits of family planning,” he said.

Ms Kolo, the director of the family health department (FMOH), said the government will continue to work with religious and community leaders, women and men groups, and other stakeholders to address the issues of cultural beliefs.